Avramopoulos gets Sweden and Denmark to speak over border controls 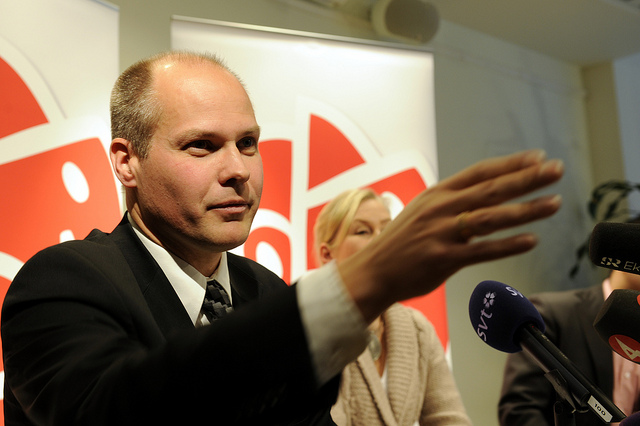 Danish and Swedish migration ministers met in Brussels on Wednesday (6 January) to discuss the border controls, which the two countries introduced earlier this week in response to the refugee crisis, creating unprecedented tensions between the two countries.

The new measures have caused unprecedented tensions between the otherwise good neighbours, who have had passport-free rules since the 1950s, as well as prompting hostile verbal attacks from politicians in both countries.

Avramopolous told a press briefing after the meeting ?delayed 30 minutes? that the three countries at the table were real examples of “solidarity, hospitality and free movement” in Europe.

For months, migration issues have been the hot topic in Scandinavia, where hundreds of thousands of asylum seekers have arrived. Per capita, the Nordic region has by far accepted the highest number of asylum seekers in Europe, but public opinion has changed as the influx caused housing and trafficking problems, as well as mounting costs for local governments.

This triggered a blame game, with Denmark scolding Sweden for causing the problem in the first place by inviting Syrian refugees to settle in the country.

Sweden responded by accusing Denmark of openly redirecting asylum seekers to its neighbour, thus ignoring the Dublin rules of fingerprinting them or returning them to their first port of entry.

When Sweden made a U-turn in November, and decided to introduce strict immigration rules and border controls, there were no high level communications between Sweden and Denmark.

Støjberg pointed out that that Denmark has not yet asked German transport carriers to do ID checks. This is, however, something which Sweden has asked Danish carriers to be responsible for, costing railway operator DSB 1 million Danish crowns.

“But of course we will monitor the situation hour by hour. If necessary, we will introduce this with a very short notice. We don’t wish to be the final destination for asylum seekers,” she stated.

Johansson agreed with Avramopoulos that the new measures should not continue “longer than necessary”, but that everyone should understand that Sweden, Germany and Denmark have accepted the most asylum seekers in 2015, as well as the year before.

“We can’t do everything,” Johansson said.

Official data published this week showed that Sweden received around 163,000 asylum applications in 2015, while Denmark received around 18,000. The year before, 81,300 sought asylum in Sweden and 14,000 in Denmark.

Germany’s Schröder said that the controls at his country’s border have not yet created big problems, and while there has been “transparent” information exchange between the three countries, they are not achieving European solutions.

“Our problem in Europe is that we don’t have functioning border control at the Greek-Turkey border, and asylum rules are not applied. Therefore we are not achieving European solutions. When we don’t reach these solutions, we have solutions by individual member states.”

Apart from the meeting in Brussels, Johansson and Støjberg will meet again later in January in Copenhagen to further discuss the current migration and Schengen issues.