EURACTIV.com with reporting by EURACTIV France 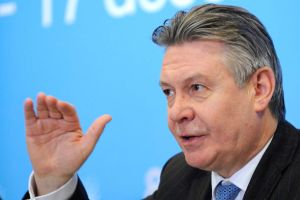 European Commissioner for Trade Karel De Gucht is under investigation for the purchase of a house in Italy, Belgian authorities have confirmed.

The investigation focuses on the conditions in which the Belgian EU commissioner purchased a holiday home in Tuscany.

The EU commissioner had asked a Belgian court last month to block the release of his records, arguing that a July 2011 law easing bank secrecy rules "went too far". The court also rejected his request to take the matter up to Belgium's constitutional court.

De Gucht has since appealed the decision, hoping that the constitutional court will not allow his bank records to be used in the investigation.

The law in question was approved by De Gucht's own political party, the Open Flemish Liberals and Democrats, or VLD. The legislation had been passed in part to implement EU rules aiming to reduce bank secrecy and tax evasion.

The controversy over the house purchase has been gaining ground over the past weeks and has been regularly reported on in Belgian media. De Gucht has called the tax authorities' treatment of the issue "outrageous".

Alejandro Ulzurrun, a European Commission spokesperson, declined to comment on the investigation. "It's a private matter for Commissioner De Gucht, so we will not comment," he told a news conference.

The EU trade chief, who served as Belgian foreign minister between 2004 and 2009, has attracted controversy in the past.

In 2010, he was barred from entering the Democratic Republic of Congo, a former Belgian colony, for criticising the Congolese government's misuse of EU aid funds.

Later that year, he apologised for comments made on Belgian radio on the influence of the 'Jewish lobby' in Washington and the Middle East peace process.