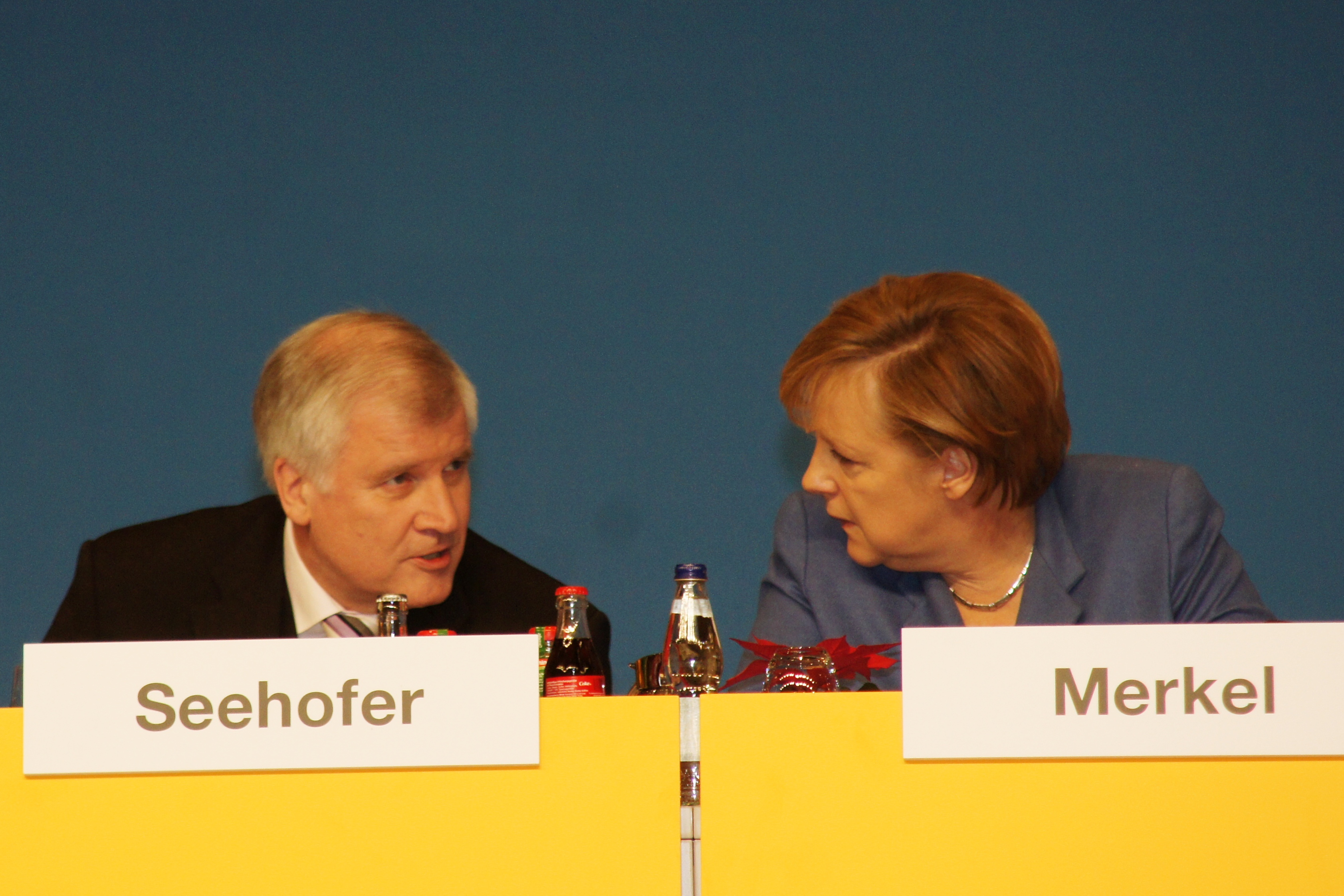 Horst Seehofer has backed the Chancellor, distancing himself from "inappropriate" responses in his own party. [Michael Panse/Flickr]

Germany’s ruling coalition has mostly agreed not to use the Paris attacks to fuel the refugee debate, but not everyone has followed this course. EURACTIV’s partner Tagesspiegel reports.

Bavaria’s Finance Minister, Markus Söder, who has ambitions to become the region’s minister-president, has been criticized for using the events of Friday (13 November) in an attempt to make political capital.

Söder seized upon the murder of over a hundred people to push his own agenda and promote himself, saying that, “Paris changes everything.” Due to the attacks in the French capital, the CSU politician believes that German refugee policy has to change fundamentally. “This period of uncontrolled and illegal immigration cannot go on,” he told Welt am Sonntag. He called for a rethink on border controls and limits on refugee numbers.

On Sunday (15 November), the Bavarian government approved the use of its state police for border security, should the federal government not be able to do it itself, an act that could be seen as a provocation – but which Seehofer moved quickly to diffuse, stressing that he did not want to bring the issue of border security into dispute.

However, Söder went a step further, going against Seehofer’s explicit instructions and calling Angela Merkel’s decisions directly into question. He called upon the chancellor to admit that she was wrong and “that the opening of the borders was mistake”. Something Merkel will not do and which Söder is certainly aware of.

On Sunday evening (15 November), Seehofer openly and unequivocally distanced himself from his minister. It was “a totally inappropriate reaction” at this hour, to “focus criticism on the chancellor”, he said in Munich. He added that there must be a “clear separation” of the refugee situation and the fight against terrorism.

On Friday evening (13 November), Seehofer had been in Berlin at the Chancellery, when the first news of the events in Paris broke. For both Merkel and the CSU-leader, it was immediately clear that their parties should “stand together” and that the “chancellor should be supported”.

Söder, long thought to be Seehofer’s heir-apparent, has completely isolated himself through his miscalculated manoeuvring. Somewhat ironically, German Interior Minister Thomas de Maizière, who has not seen eye-to-eye with Merkel throughout the entirety of the refugee crisis, did not use the opportunity to try and score points, dismissing the notion that the Paris attacks should lead to change in refugee policy. His “urgent request as a responsible politician”, called upon his political colleagues not to use the events “rashly” in the refugee debate. The line was drawn quite clearly and Söder blatantly crossed it.

Seehofer himself told Bavarian television that, “We should not link the problems connected with the refugee crisis so directly with terrorism and security policy.” However, he did add that caution must be exercised about “terrorists and bombers using the refugee influx to enter the country undetected”. This is “far from saying that in every refugee camp, there is a terrorist”. Söder claimed that it is “naive” to say that among the refugees there are no extremists whatsoever.

In the Social Democrat Party (SPD) as well, Söder’s wrangling was understood even less. The party’s deputy leader, Ralf Stegner, warned against using the attacks in this way. “Paris changes nothing,” he told EURACTIVs’ partner Tagesspiegel. A change in refugee policy is not necessary. “Most of the refugees are fleeing from the very people who perpetrated these attacks,” said Stegner.

Among those in the CDU who shared Söder’s concerns was Berlin politician Philipp Lengsfeld, who is also a staunch critic of the chancellor. In contrast, the party’s deputy chairwoman, Julia Klöckner, called for calm. She also pointed out that the refugees fleeing Iraq and Syria are mostly fleeing the people who organised the attacks.

Senior CDU politician Armin Laschet also criticised Söder and Merkel’s detractors, telling the Rheinischen Post newspaper that to link the two issues is “irresponsible”. The defence minister, Ursula von der Leyen, also strongly opposed any attempts to connect the large number of refugees with terrorist groups. “They have fled their homelands after being persecuted by IS or Assad, in an often incredibly brutal manner,” said the CDU politician, who has regularly been tipped to be Merkel’s future successor.

Jan Korte, of the Left Party, shared this sentiment. “Mixing the terror carried out in Paris with the refugee debate, as Söder has done, is unchristian, antisocial and outrageous. These people are fleeing from terrorist acts,” he said. “United by grief, we should defend democracy, freedom, cooperation and an open society,” he added.

However, it is inevitable that in the coming days questions about how to secure the borders more effectively, how to determine whether terrorists are indeed using the influx of refugees to infiltrate Europe and whether the security landscape in Europe has actually changed, will be raised. The Federal Intelligence Service (BND), the authority responsible for protecting the constitution, the Federal Criminal Police Office (BKA) and the Federal police have been monitoring the refugee crisis closely for the last few weeks and months.

So far, there has been little to raise the alarm. Reports have emanated from the BND that suggest that IS or other terrorist groups are unlikely to use the route through Greece and the Western Balkans to enter Europe. Han-Georg Maaßen, president of the Office for the Protection of the Constitution also said at the weekend that it was “unlikely” that terrorists would pose as refugees. The same line has been adopted by the police.

So far there is no evidence that Islamists have had success in targeting refugees. The suspicion that crime has increased in parallel with the increase in refugee numbers has been rebuffed by the BKA. While there have actually been more crimes reported, the number is not disproportional.

Thefts and fare dodging rank highest, followed by acts of violence, which have occurred frequently at refugee facilities. Statistically, these crimes are perpetrated more by refugees from the Balkans, with those from Syria or Iraq more often the victims instead, reported the BKA. Among those fleeing civil war or unrest, there are relatively few criminals.

In contrast, crimes against refugees are on the up. The BKA reported that crimes against refugees’ homes are particularly prevalent. The trend continued this weekend, a building on the Baltic island of Usedom, earmarked for use in housing refugees, was set alight. Near Dresden, the windows of two buildings intended for a similar purpose had their windows smashed by unknown criminals.

This article was also published on EURACTIV Germany.