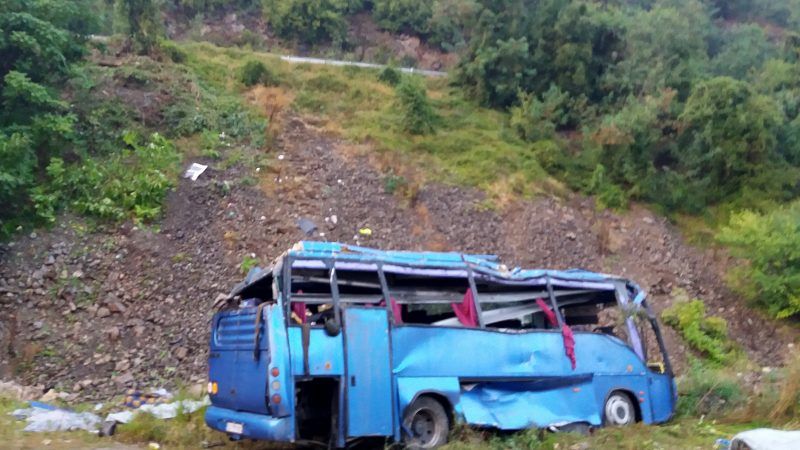 A handout photo made available by the Bulgarian Ministry of the Interior press office on 25 August 2018 shows a bus crashed after a serious incident that led to the death of 17 people near the town of Svoge, some 40 kilometers from the capital Sofia, Bulgaria [Handout photo/EPA/EFE]

The information is still scarce, but it is clear the three have been punished in relation to the road accident last Saturday near the city of Svoge, 40 km north of Sofia, in which 17 people died. Several others are in different hospitals with severe injuries.

The bus, carrying pensioners who had performed at a folklore festival, lost control at a section of a recently repaired road and fell into a precipice.

Many citizens had signalled that the asphalt used for the section made it extremely slippery and dangerous, but apparently, the only action taken by the authorities was to put a road sign to reduce speed to 40 km/h.

The authorities first tried to blame the accident on the bus driver, who survived the accident. He was arrested while in hospital and treated as a dangerous criminal. But everything indicates that the driver was only a scapegoat and was not to blame.

In the meantime, samples of the asphalt were taken for analysis. Official results were not announced, but experts commented that the asphalt used was not adequate for roads, as it has reportedly been designed for park alleys.

The bus accident caused a public uproar, with many Bulgarians blaming the government for the massive fraud in road construction, made obvious by the fact that many new highways require immediate repair. Many also point to the lack of effective oversight over road construction firms, and the perceived massive corruption in the process.

The leader of the Bulgarian Socialist Party, the main opposition force, blamed Borissov for the Svoge tragedy.

Columnist Svetoslav Terziev wrote in Sega daily that “when the mafia builds, bridges and busses fall”, making a reference to the recent bridge collapse near Genova. 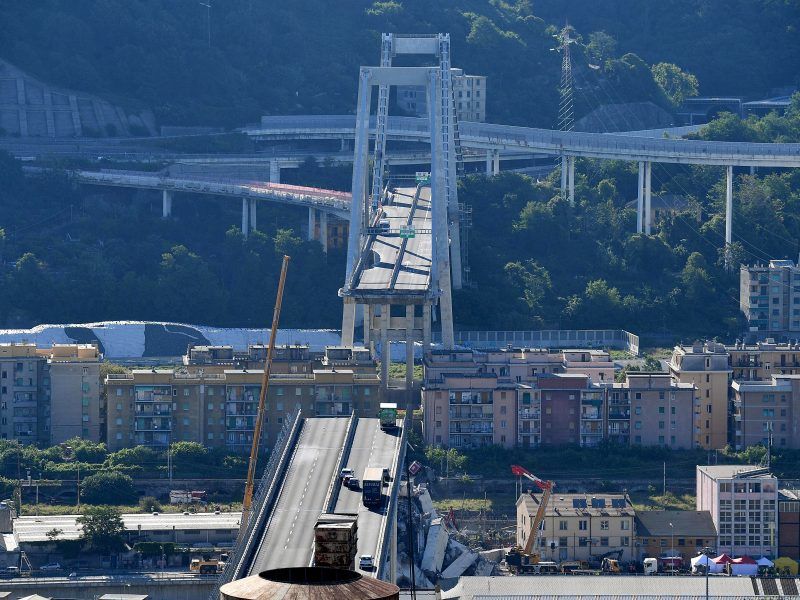 “The souls of 17 people who died call on the society to wake up and realise that the state doesn’t serve them, but it serves favoured companies, regularly winning the road construction tenders,” Terziev wrote. He also said the same schemes apply with EU money from the structural funds, with Brussels turning a blind eye.

“Eurocrats should control quality, but as a source said, they are interested only in the paper reports, not in the asphalt”, he writes.