Civil rights groups have heavily criticised the Vucjak camp, where migrants lived without heating, running water or proper toilets since local authorities opened the facility in June in an area near the Croatian border that still has landmines from the 1990s war.

After snowfall last week, a Council of Europe official warned that the camp was on the verge of a humanitarian crisis and that deaths could be imminent. 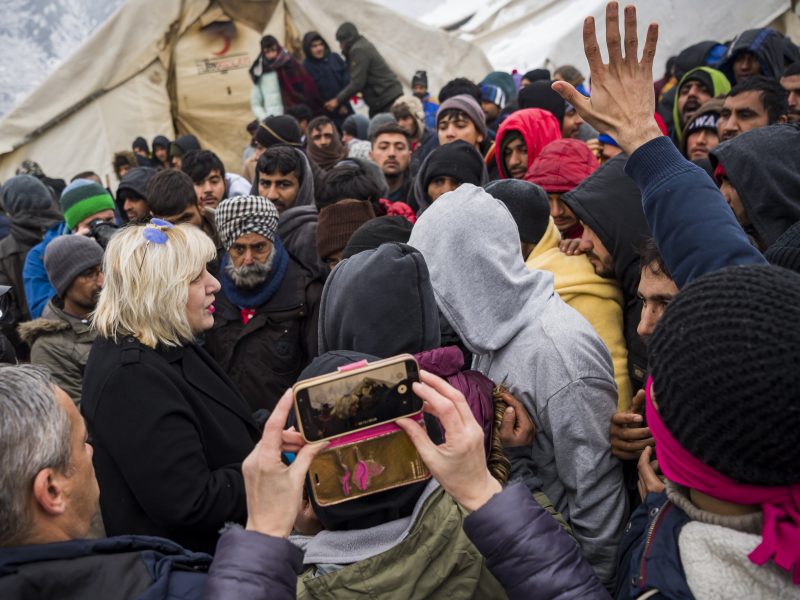 Bosnia should urgently close a temporary migrant camp or people will “start to die” during the winter period, a European human rights official warned Tuesday (3 December).

Bosnian authorities bussed nearly 800 migrants out on Tuesday, bringing them to sites near Sarajevo — far from the Croatian frontier they hope to cross to enter the European Union.

On Wednesday local authorities and Red Cross officials took down the tents and cleared the ground, according to an AFP reporter.

The migrants, mostly men from Asia, the Middle East and North Africa, are among some 25,000 who have passed through the camp this year, according to a Red Cross official.

Most eventually make it through to Croatia, a gateway to the EU, though some are pushed back by border police and find themselves stranded in Bosnia for long stretches of time.

The migrants who were “living in horrible conditions in Vucjak are now warm” and have taken their “first warm shower” in many nights, said Peter Ven der Auweraert, a regional coordinator for International Organization for Migration (IOM).

But he added that “some people will start moving” again soon once the weather improves.

“The reality is, as you know, that Bosnia and Herzegovina is a pure transit country,” he told the press.

Bosnia became a key stop on the migrant route through the Balkans after northern paths were largely shut down in 2016, after Hungary build a border wall.

The poor and politically paralysed country has struggled to manage the influx.

Half of the migrants from the Vucjak camp were taken to a new centre that is being fitted out at a former army barracks near Sarajevo, according to the IOM.

The others were temporarily taken to an official migrant centre and will be moved to the barracks when the work is finished.

About 3,200 migrants are currently in the northwest Bihac region in UN-run camps, according to local police.

Another 1,000 live outside, sleeping rough or in private homes and abandoned buildings.