Migrants and refugees wash themselves at a camp in Bihac, Bosnia and Herzegovina, 16 June 2019. [Fehim Demir/EPA/EFE]

Several hundred Bosnians protested on Sunday (16 June) against an influx of migrants in the western border town of Bihac, warning of security and health risks from thousands sleeping rough.

Bosnia, spared the big migrant wave of 2015, is now seeing an influx of people trying to reach wealthier nations via neighbouring Croatia, a European Union member.

About 25,000 people from Asia and North Africa entered the Balkan country from Serbia and Montenegro last year, and about 9,000 have arrived this year.

A new Balkan route through Bosnia has opened up for migrants, four years after a crisis in which more than one million people landed on Europe’s shores.

Around 6,000 are in Bihac and Velika Kladusa, two towns bordering Croatia, but only about 3,500 have been sheltered in four transit centres there.

Others sleep in parks and abandoned buildings.

“I came here to express dissatisfaction with the situation politicians have brought upon both us and migrants,” said Maja Tabakovic, 35, at the peaceful rally in the main square.

“The whole town is feeling insecure.”

Town authorities have long called on Bosnia’s national government to lift the burden from the border area and accommodate migrants elsewhere.

But a government has not been formed eight months after a general election and state institutions in charge of migration and asylum issues are operating in a care-taking capacity.

Also, the Serb-dominated Serb Republic, an autonomous region that makes up Bosnia along with a federation of Croat and Muslim cantons, has refused to accept any migrants on its territory.

On Friday, Bihac police raided several private houses in which nearly 300 migrants were accommodated and moved them to tents on a former garbage dump outside the town.

UN agencies have warned authorities against the relocation, saying the site was inadequate and located close to areas with landmines from Bosnia’s war in the 1990s.

“There are no sanitary facilities available on the site and no access to running water or electricity. Under these circumstances, locating migrants and refugees there is not acceptable,” the agencies said in a joint statement.

However, an additional 200 people were moved over the weekend to the Vucjak site, where the local Red Cross has supplied tents, water tanks and meals.

The migrants, in footage on regional television station, complained about poor conditions at the site, showing snakes they had found in surrounding bushes.

“We are not against the migrants but we want them to be taken care of,” said Husnija Midzic, one of the Bihac protesters. “I fear robberies and problems caused by migrants. We are in fear all the time, watching our homes, ourselves.” 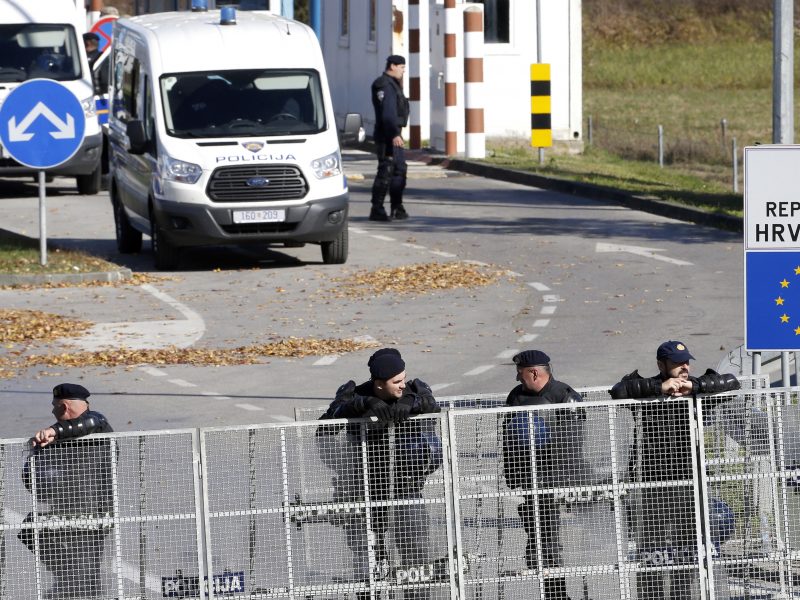 Bosnian border police on Tuesday (23 April) denied mistreating migrants after a video emerged of detainees at a border holding facility in what appeared to be cages.