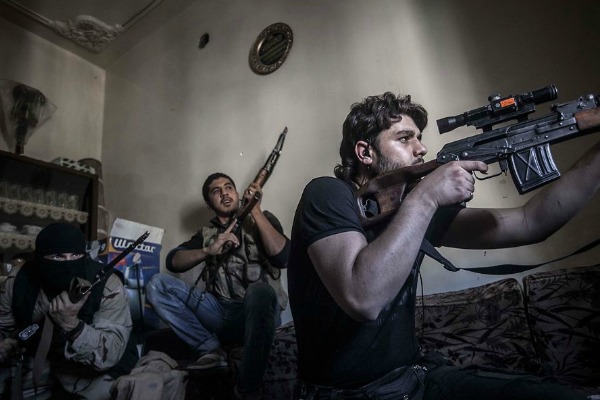 The European Commission called on member states yesterday (15 January) to bump up their efforts to prevent radicalisation and extremism. In the coming years, a €20 million programme will seek to tackle extremism, especially with those young people who leave EU countries to fight in Syria or other conflict zones.

In a communication laid out by Cecilia Malmström on Wednesday (15 January), the EU commissioner for home affairs called upon member states to reinforce their efforts to prevent citizens from committing terrorist acts at home or abroad.

“Traditional law enforcement is important, but not enough,” Malmström said, adding that a broader perspective is needed to prevent such phenomena.

Some of the national actions suggested include training social workers as ‘frontline practitioners’ to engage with radicalised groups; offer ‘exit strategies’ to members of such groups; counter extremist propaganda online; and engage victims of extremist violence in the prevention of these activities.

The EU executive will also earmark €20 million for a ‘European knowledge hub’. The support centre will be set up in 2015 and provide input or advice on best practices to member states.

Terrorism acts like the one perpetrated by Anders Behring Breivik in Norway, or by Mohamed Merah in France, have shocked European societies over the past few years. The EU’s efforts address domestic terrorism of both left- and right-wing ideologies.

EU countries are especially concerned by a growing number of the so-called ‘foreign fighters’, mostly young EU citizens who join al-Qaeda inspired cells in EU countries and head off to foreign countries to join armed fighters in their battle.

“This issue is especially pressing in the UK,” said Peter Knoope, director of the International Centre for Counter-Terrorism and co-chair of one of RAN’s working groups. “But foreign fighters come from all European countries, and this has evolved into a true European issue.”

The Commission estimates the number of EU citizens travelling to civil war zones at 1,200 individuals across EU member states. According to the Commission, Syria is a growing problem, but the phenomenon has also been flagged for countries like Sudan and Somalia.

“Partially because of the media attention, the civil war in Syria exerts a great attraction on youngsters,” says Knoope. “The emotions that the conflict triggers, can easily lead to youngsters wanting to take action.”

Families in dire need of support

The debate on these ‘foreign fighters’ has sprung in many European countries. Radicalised Muslims going to Syria have made headlines in countries like the UK, Belgium, The Netherlands or Denmark.

One example is the Belgian youngster Jejoen Bontinck, who spent eight months in Syria before returning to Belgium in October, last year. His father, Dimitri Bontinck, has spoken out on his son’s case and the need of support for foreign fighters and their families.

“Jejoen is now trying to reintegrate into society, but is blocked from doing so on many levels,” Dimitri Bontinck told EURACTIV. “Belgium – like many other countries – lacks a system to cope with these young people, while countries like The Netherlands ensure the support of social workers and take other measures.”

“I have spoken to other families who are going through a similar situation, and they are puzzled. Politicians need to take responsibility. There is enough media attention, but we are in dire need of political action,” he said.

In the past couple of years, European countries have been increasingly confronted with young citizens who are recruited by radical ideological movements to commit terrorist actions in the EU states, or who join groups in conflicts outside of the EU (known as 'foreign fighters').

The EU adopted a strategy in 2005 for combating radicalisation and recruitment. The Commission launched the Radicalisation Awareness Network (RAN) in September 2011, which acts as a platform for European researchers, practitioners and NGOs to exchange information on how best to prevent such radicalisation.

The Commission’s communication on 15 January 2014 is a continuation of this process, in which it clarifies concrete steps to be taken to organise the prevention. It follows an earlier call by the EU commissioner for home affairs, Cecilia Malmström, in January 2013, when she warned EU member states of such rising radicalisation in European countries.