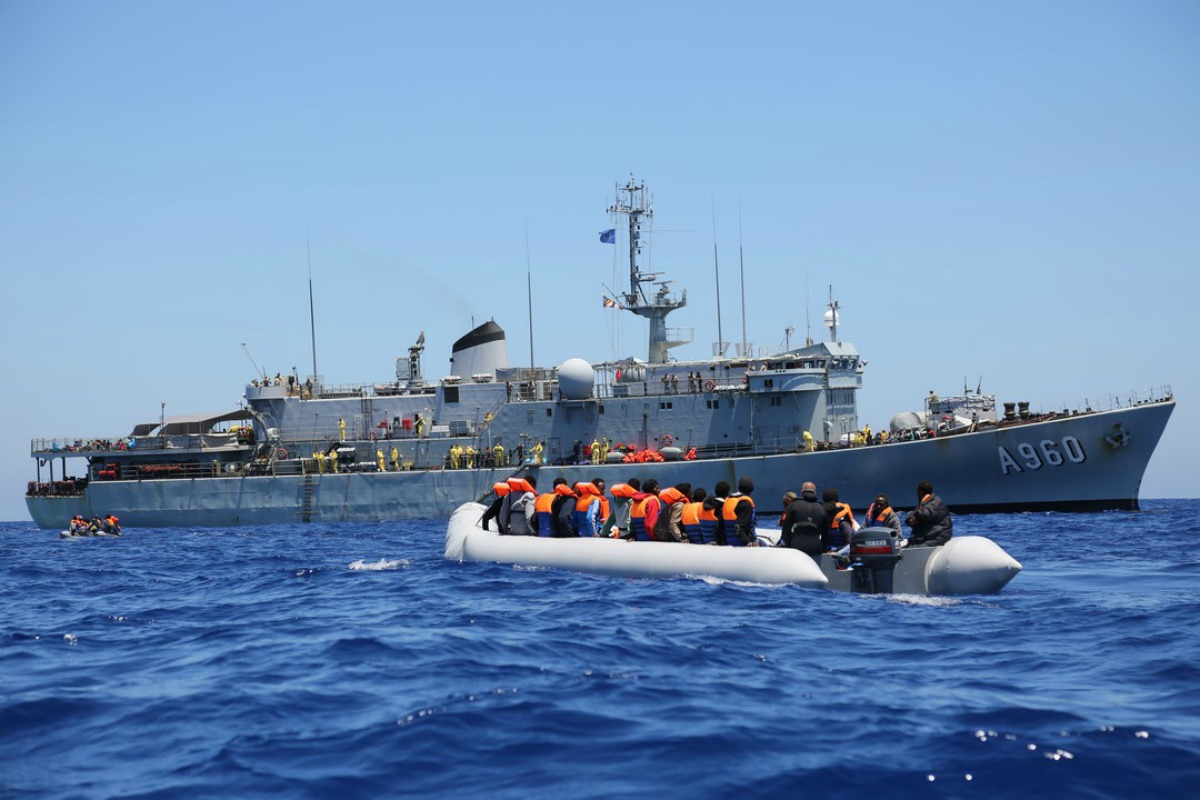 The new border guard system is just one part of the EU strategy aimed at stemming the unprecedented flow of refugees. Operation Triton rescue, 2015. [Frontex]

The EU was set to unveil on Tuesday (15 December) controversial proposals for a new border and coastguard agency in response to Europe’s migration crisis, with powers to intervene even when the host country does not consent.

The new 1,000-strong force is aimed at slowing the record flow of nearly one million refugees and migrants to Europe this year, mainly from the war in Syria — the worst crisis of its kind in Europe since World War II.

But some member states in the 28-nation European Union are hostile to a plan which could see them cede sovereignty over their own land and sea borders to bureaucrats in Brussels.

The European Commission will propose that the new agency has the “right to intervene” to protect the security of the EU’s passport-free Schengen area.

“In urgent situations, the Agency must be able to step in to ensure that action is taken on the ground even where there is no request for assistance from the Member State concerned or where that Member State considers that there is no need for additional intervention,” said a draft of its proposal obtained by AFP.

The EU could send in teams of guards in case of a surge at a particular border, or where a member state has a “deficiency” in the management of its borders and had failed to respond to warnings from Brussels, it said.

Germany and other countries in the zone have in the last few weeks reintroduced temporary border controls to cope with the migrant crisis.

The fear is that if those controls become permanent, the 26-country Schengen zone which ensures the EU’s core principle of freedom of movement, would collapse, taking the idea of a single, united Europe with it.

The new border guard system will replace the EU’s largely toothless Frontex agency, which has failed to tackle the flows of people on routes including Turkey to Greece and through the Western Balkans.

The European Commission has said it is “confident” its border and coastguard plan will be adopted by EU leaders who are meeting in Brussels on Thursday and Friday (17-18 December) .

But the plan faces being severely watered down by EU member states and the European Parliament before the agency comes into effect.

Polish Foreign Minister Witold Waszczykowski said Monday (14 December) that the replacement of Frontex “by a structure that is independent of member states is shocking”.

A controversial plan to share out refugees around the EU to relieve the pressure on frontline states like Greece and Italy has so far relocated only a few hundred out of a planned total of 160,000.

The EU has meanwhile been accused of pandering to Turkey despite concerns over human rights, signing a €3 billion aid deal and agreeing to relaunch Turkey’s EU membership process.

Amnesty International warned that the protection of Europe's external borders "must not come at the expense of refugees’ rights to protection" and the wider human rights of migrants and asylum-seekers. Amnesty recently brought to light a slew of human rights violations at Europe’s external borders, saying migrants were left "at the hands of national authorities with little to no accountability".

“No border management system whether national or European can put up barriers to international protection. Ensuring access to asylum is an obligation, not an option,” said Iverna McGowan, Acting Director of Amnesty International’s European Institutions Office. "Whatever the final agreement on this proposal is, one thing is clear. There is a serious accountability gap for human rights violations at EU borders. Whilst the EU Border Agency is to adopt an individual complaints mechanism, both EU and national authorities need to ensure that those violating human rights and international law at Europe’s borders are promptly and effectively held to account," she added.