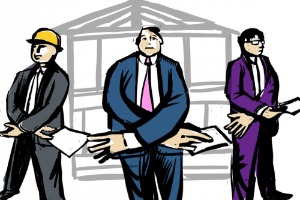 The European Commission’s report on Romania, due to be published today (30 January), appears to turn the page of an extremely difficult 2012 year for EU-Romania relations, according to an advance copy seen by EURACTIV.

The 10-page special report, much shorter than regular reports published on Romania since its 2007 accession, says the country could soon be back on track, if it continues to fulfil the European Commission’s recommendations.

The change of tone is striking if compared to the 18 July speech of Commission President José Manuel Barroso, who said that Romania had “shaken EU’s trust”.

At the time, the coming into power of the leftist USL coalition of Prime Minister Victor Ponta had led to challenging judicial decisions that the EU executive said were undermining the constitutional court, overturning established procedures and removing key checks and balances. Barroso questioned the Government's commitment to respect the rule of law.

On 12 July Barroso handed Ponta a so called “11 points to-do list”, in the midst of a political crisis seen by the Romanian opposition as a coup d’état.

More remains to do on the judiciary

The new report says that Romania has implemented several – but not all – of the Commission's recommendations aimed at restoring the rule of law and the independence of the judiciary. The message appears to be that the new Romanian authorities have done part of the job but not implemented the most difficult parts, especially those related to the independence of the judiciary and the integrity issues remain largely questionable.

In particular, the Commission says it continues to be concerned with the persistent pressure on judicial institutions and lack of respect for their independence.

“The Commission received numerous reports of intimidation or harassment against individuals working in key judicial and anti-corruption institutions, including personal threats against judges and their families, and media campaigns amounting to harassment,” the report says.

The Commission also warned of public campaigns orchestrated by media owners who use their outlets to wage personal wars or to pay lip service to the government against other advantages.

Brussels also highlighted another major setback – a report by the National Integrity Agency against ministers and senior officials under criminal investigation, published in November, which did not lead to their resignations.

Three ministers in the current government have kept their jobs even though they are under investigation, according to Romanian watchdog groups:

The Commission also calls on the Romanian Parliament to become more credible by adopting clearer procedures on the handling of cases where MPs face corruption allegation or integrity issues.

The Parliament adopted earlier this month amendments to change the procedure for lifting immunities for MPs in the cases of the search, arrest or detention of parliamentarians and the prosecution of former ministers.

The Commission doesn’t say that the new measures will make it more difficult to lift the immunity of MPs suspected of graft, but insists that the National Integrity Agency remains the lead authority responsible for the verification of potential wrongdoing by elected and appointed officials.

Overall, the report remains diplomatic and expresses the hope that the election of a new Parliament and the appointment of a new government “provide the opportunity to deliver fully and rapidly on these recommendations”.

After the report was made public later this morning, EURACTIV asked Commision spokesperson Mark Gray if the CVM report marked indeed a return to normality after a very difficult year 2012 for EU-Romania.

“This is a signal of encouragement that we should any longer see the sort of political turmoil that we’ve seen over the last year. We have a new government in place. We have a new Parliament in place. They both have a clear mandate and both have committed, and particularly the government has committed very clearly in public terms, about fight against corruption, about respect for the rule of law, about the independence of the judiciary. So this is an opportunity,” he said.

Asked if the report augurs for the Schengen accession of Romania and Bulgaria, Mark Gray said the Commission’s positions remains that CVM and Schengen accession remain separate issues, and that the Commission considers both countries are ready to join the EU border free area. Asked about the possible timing of such accession, Michele Cercone, spokesperson to Home Affairs Commissioner Cecilia Malmström , said that this was “not foreseeable as we speak”.

The European Commission expressed concern about the ongoing political infighting in Romania in its most recent CVM report.

The 18 July report 2012 questioned the country’s ability to comply with the EU's fundamental principles and the sustainability and irreversibility of reform. Commission President José Manuel Barroso said that the political feuds in Romania had "shaken EU's trust" in the country.