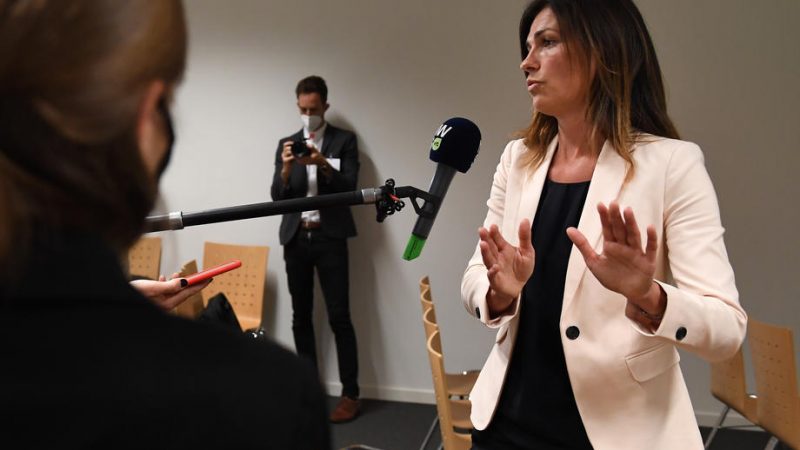 “In today’s judgment, the European Court of Justice stated what we would never have thought: we must practically support human trafficking,” Varga wrote on Twitter in reaction to the ruling made public on Tuesday (16 November).

“What happens next? Will member states be punished simply for protecting the continent from mass migration?,” she added, stressing once again that Hungary will “continue to defend Europe.”

In today's judgment, @EUCourtPress stated what we would never have thought: we must practically support human trafficking. What happens next? Will MSs be punished simply for protecting the continent from mass migration? Anyway, 1 thing is for sure: we’ll continue to defend Europe

The Court’s decision is the latest in a series of rulings against legal measures that Hungary’s Prime Minister Viktor Orban says defend the EU against illegal immigration.

The court also said in a statement on Tuesday (16 November) that Hungary had “infringed EU law” with its so-called “Stop Soros” measure, named after the Hungary-born billionaire US financier George Soros, a long-time ‘bogeyman’ for Orbán.

“Criminalising such activities impinges on the exercise of the rights safeguarded by the EU legislature in respect of the assistance of applicants for international protection,” said the statement.

The government accepted the judgment, spokesman Zoltan Kovacs said in a statement.

However, he said the government “reserves the right to take action against the activities of foreign-funded NGOs including those funded by George Soros, seeking to gain political influence and interference or even to promote migration”.

Last year, the authorities closed border camps after the ECJ ruled that their conditions amounted to detention.

But it has so far ignored a ruling against the police for indiscriminately and often violently deporting asylum seekers.

“From now on, we can again serve our clients without the threat of prison,” co-chair Marta Pardavi told AFP, adding that the NGO had helped 1,800 asylum seekers since the 2018 law was passed.

She called on the government to repeal the law and “not sabotage the implementation” of the ECJ ruling.