EURACTIV Bulgaria and EURACTIV with AFP

President Rumen Radev on 7 November, announcing that he will not sign the decree appointing Geshev. [Dnevnik]

Bulgaria’s President Rumen Radev refused on Thursday (7 November) to approve the appointment of the sole candidate for the post chief prosecutor, whose nomination recently sparked a series of street protests. 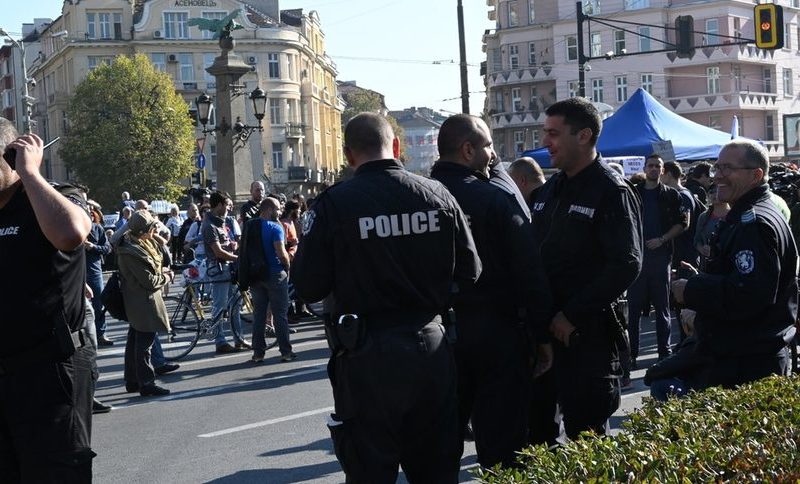 Thirty years after the fall of communism, the Chief Prosecutor in Bulgaria is still a figure largely immune from any control, critics saying that nothing had changed in this respect since Stalinism.The President, who according to Constitution had to sign off the Chief Prosecutor’s appointment, said that a lack of competition in the procedure had undermined the candidate’s legitimacy.

“The appointment of chief prosecutor is an act of extremely high public importance and the procedure under which it is done must create trust in society and not raise doubts,” Radev said in a statement.

The SJC now has to review the appointment, but if it does not re-open nominations and simply votes for Geshev again, the president will have no choice but to approve it.

According to the EURACTIV Bulgaria, it should not be excluded that Radev would delay the signing of the second decree, and seize the Constitutional court over the issue.

Radev, a former military pilot, who was elected as the candidate of the opposition socialists in 2016, is a big critic of the ruling GERB party of Prime Minister Boyko Borissov. Three years after his election, the public support for Radev remains strong.

Geshev’s nomination has prompted thousands to take to the streets in protest in recent months.

His critics, which include various non-governmental judicial reform and human rights groups, question Geshev’s professionalism, integrity and suggest he might be influenced by shadowy oligarchic circles, accusations he denies.

Geshev is seen as the candidate of the outgoing prosecutor Sotir Tsatsarov, as well of the Prime Minister Borissov.

In its latest report on Bulgaria’s judicial reforms, the European Union’s executive arm highlighted the need for Bulgaria’s government to live up to its pledges “to put in place procedures concerning the accountability of the prosecutor general”.

Twelve years after joining the EU, Bulgaria remains the bloc’s most corrupt member, according to Transparency International’s corruption perceptions index.