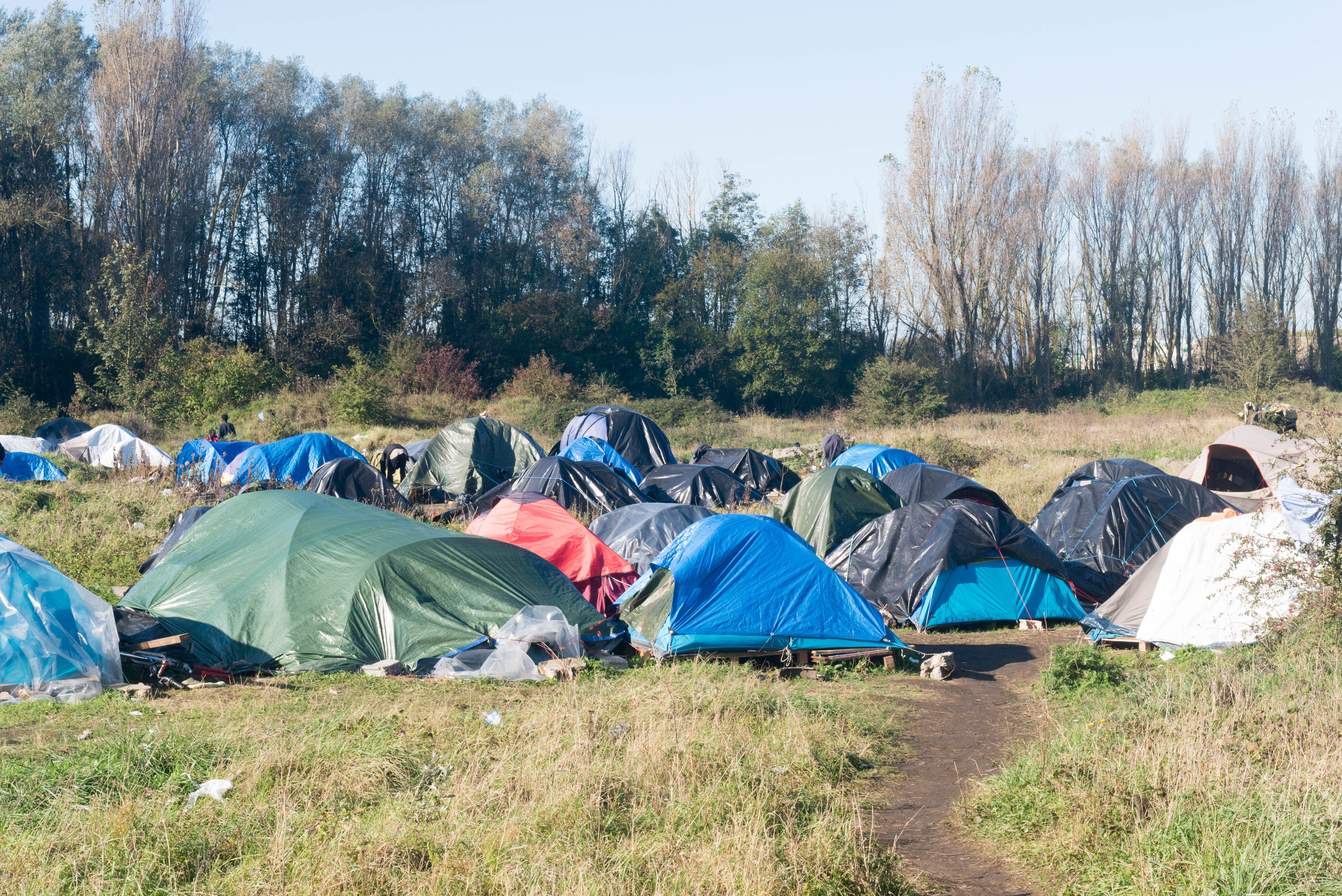 On the Schengen area’s northern border between France and the United Kingdom, the refugee crisis is already two decades old. The influx of refugees to Calais, many of whom spend several months waiting for a chance to cross the Channel, has left the local authorities powerless and disheartened.

“No town in France has suffered what Calais has in terms of migratory pressure,” said Emmanuel Agius, the town’s deputy mayor in charge of town planning.

After Nicolas Sarkozy closed the Sangatte refugee camp in 2002, asylum seekers in Calais have been forced to settle in squats or makeshift camps. This situation has exacerbated tensions with the local population.

Moved on by the authorities of different camps, asylum seekers finally gathered in an open air shantytown on the northeastern edge of Calais, where the sanitary, humanitarian and social situations are all causes for serious concern.

The circumstances have been deteriorating since 2014, as the worsening instability in the Middle East has sent more refugees to Europe, and pushed the government to open a day reception centre.

Open since January 2015, the Jules Ferry centre manages the daily needs of the 2,000 to 3,000 refugees crammed into the ‘jungle’, providing access to showers, daily meals, electricity to charge mobile phones, medical attention and washing facilities.

“We have a budget of €10 million per year. €3.7 million comes from the EU and the rest from France,” said Stéphane Duval, the director of Vie Active, the company charged by the French government with running the Jules Ferry centre. The company will open a 1,500-bed night centre this winter, and also plans to enlarge its 100-bed women’s centre.

Some of the refugees in the old open air centre have been there “for months, sometimes years”, according to the director. For many, their arrival in Calais is purely a question of chance, and is down to the routes taken by traffickers.

Jean Aribaud, the co-author of a report on Calais, which he submitted to the French government in July, said, “The decision to come to Calais is often made during a chaotic migratory passage and chance meetings along the way.”

As a result, certain groups dream of reaching England, while others apply for asylum in France. “Particularly the Sudanese migrants, who represent about 60% of the total here at the moment, although there were none in April,” Stéphane Duval said. “But almost all of the Iranians, the Syrians and the Afghans want to cross the Channel.”

The director of Vie Active added that, “We have an Afghan woman and her children who have been hoping to cross the Channel for 18 months. It is impossible to convince her to apply for asylum in France, even though it would certainly be granted.”

This case is far from exceptional. Of the 3,000 refugees that live in the Calais slum, only around 100 have started the asylum process in France. The overwhelming majority will not give up on the idea of crossing the Channel to the United Kingdom.

“In France there is no work, no future and no housing,” said one young Ethiopian, who arrived in Calais one month ago from Libya, in the hopes of reaching England as soon as possible.

England at all costs

At the House of Young Refugees in Saint-Omer, a town near Calais, only 12% of the 1,400 resident minors applied for asylum in France in 2014. The vast majority wanted to continue their journey to England at all costs.

The centre, managed by France Terre d’Asile, hosts unaccompanied minors between the ages of 15 and 18, more and more of whom are arriving in Calais. It offers a safe place for young refugees, where they can spend up to five days deciding whether to leave or begin the asylum process in France. Some leave and return several times before giving up on the idea of reaching the United Kingdom.

Many refugees have had their hopes dashed by the increased security at the port of Calais. “The routes are increasingly blocked. Nobody can get through Calais any more. The port and the tunnel are completely secure,” said Jean Aribaud.

The “securing” of the port costs €15 million per year, and the town of Calais puts the annual cost of the permanent refugee influx at around €5 million. Calais’ deputy mayor Philippe Mignonet, said, “We receive absolutely no help in dealing with this problem.”

“For 15 years, we and our competitors have implemented draconian measures to secure our transport equipment,” said David Sagnard, the head of Calais-based transport company Carpentier.

With a ban on stopping within 150km of the port of Calais, an alarm system to warn when truck doors have been opened and extra security for fuel tanks, the freight companies based around Calais have stepped up their efforts to the maximum. Freight operators risk a fine of €2,000 for every undocumented person found on board.

But the security measures do not stop the refugees. “They just deflect the problem to other ports along the coast, like Dunkirk,” the director of the Jules Ferry centre said.

Tens of thousands of Middle Eastern and African refugees have arrived in Europe through the Balkans, while others have crossed the Mediterranean to arrive on the shores of Italy.

Member states rejected a Commission proposal in May this year, which aimed to apply the principle of solidarity by sharing the refugee burden across the European Union.

But heads of state and government managed to agree on 23 and 24 September on a series of measures aimed at bringing the crisis under control, including the distribution of a further 120,000 asylum seekers, in addition to the plan for 40,000 already in place.