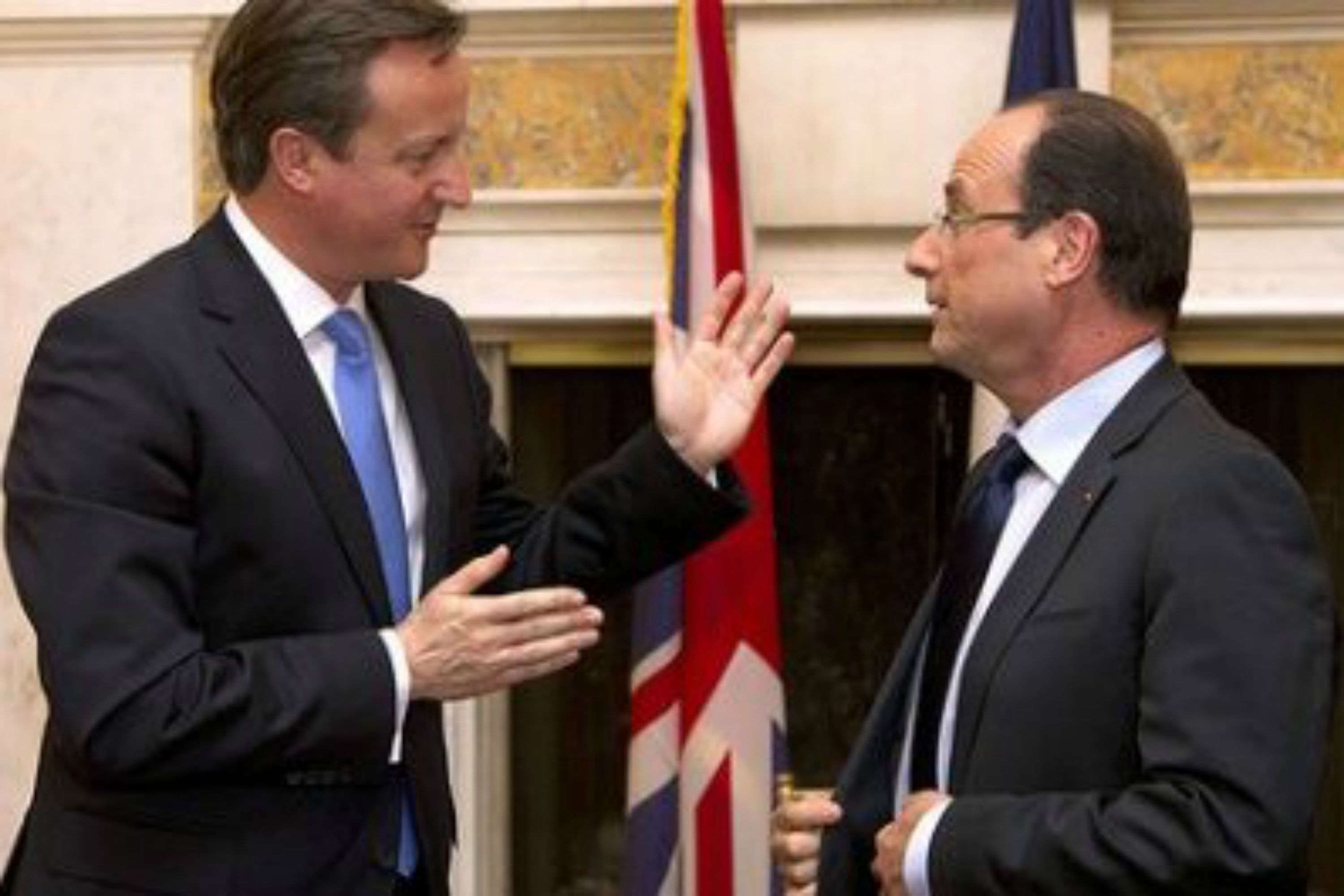 At talks in London on the eve of an EU summit, the two leaders also said EU countries should do more to return migrants to their own countries if they do not have “a genuine claim to asylum”, a spokesman for Cameron said in a statement.

Hundreds of thousands of people have fled war and poverty in countries in the Middle East, Asia and Africa, many of them escaping the more than four-year-old conflict in Syria. The huge influx of migrants has left the European Union divided over how to cope with the numbers seeking refuge.

“On migration, they agreed that we must use tomorrow’s European Council to focus on a more comprehensive approach, in particular increasing assistance for the countries neighbouring Syria to enable more refugees to stay there,” the spokesman said.

Saudi Arabia is the wealthiest neighbour of Syria and the majority population of both countries are Sunni. However Saudi Arabia has taken no refugees. Instead, it has offered to build 200 mosques in Germany, a proposal branded “cynical” by German policticians.

Britain has come under fire from some EU states for not taking in a larger number of refugees. Cameron said this month that Britain would take in up to 20,000 Syrian refugees over the next five years from refugee camps in Lebanon and elsewhere in the region.

The German government has said it expects 800,000 people to seek asylum in Germany this year.

It is an awkward time for Cameron, who has promised to renegotiate Britain’s ties with the EU and hold a referendum by the end of 2017 on whether Britain should stay in the 28-nation bloc.

The two leaders were due to discuss the renegotiation over dinner. Both will attend today’s emergency EU summit in Brussels, at which leaders want to focus on boosting aid for Syrian refugees in Turkey and the rest of the Middle East, and tightening control of the bloc’s external frontiers.

>> Read: EU summit to focus on roots of refugee crisis

Interior ministers approved a plan yesterday to share out 120,000 refugees across the 28 EU states.