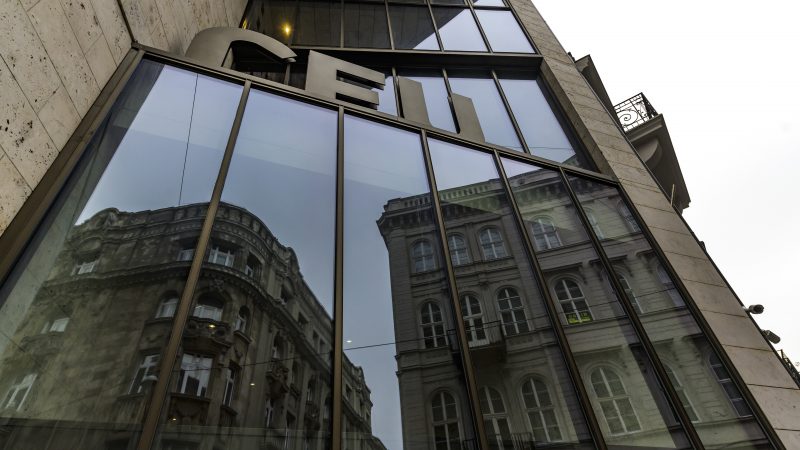 The facade of the Nador street building of Central European University (CEU) in Budapest, Hungary, 03 December 2018. [EPA-EFE/Zsolt Szigetvary HUNGARY OUT]

While the CEU administration welcomed the opinion, it said that it “does not change the university’s plans.”

“As of January 2019, Lex CEU rendered it illegal for us to enrol students in our US-accredited degrees,” the University said in a statement. “Until the government withdraws the legislation, we have no choice but to proceed with plans to transfer all US degree instruction to Vienna.”

“At the same time, CEU will never allow the government to force us to abandon our home in Budapest.”

The university hopes that the legally binding judgement in the case, expected this fall, will serve as a “wake up call” to the authorities, CEU’s pro-rector for Hungarian Affairs, Zsolt Enyedi, told EURACTIV.

However, until the university is given “legal guarantees” by the government that its operations will not be disrupted, its American programs will continue to be moved to Vienna, the administrator explained.

The university’s leadership will nevertheless try to keep its buildings in Budapest busy, and is currently considering increasing its research activities and open its doors to more public events, added Enyedi.

The European Commission took Hungary to court in December 2017, arguing that the country’s Higher Education Law disproportionally restricts EU and non-EU universities in their operations and needs to be brought back in line with EU law.

The Luxembourg-based European Court of Justice (ECJ), the EU’s highest court, is not bound by the opinions of its top lawyers but for the most part, its final rulings follow the legal adviser’s lead.

The amendment to the country’s Higher Education Law, passed in April 2017, required bilateral agreements between Hungary and non-European Economic Area (EEA) countries from which the foreign universities originated.

The requirement of an international treaty, besides running afoul WTO rules, “constitutes a disproportionate restriction on the freedom to found and to operate educational establishments and on academic freedom,” wrote Advocate General Juliane Kokott.

The law also obliged all foreign universities, including EU institutions, to provide higher education services in their country of origin, and introduced special requirements for registration and authorisation in Hungary.

Such genuine teaching activity requirement breaches EU freedom of establishment and the European Charter of Fundamental Rights because it is discriminatory and disproportionate, argued Kokott.

In October 2017, the American CEU said that it had complied with the requirements of the new law but has been unable to receive an authorisation ever since. The authorities say that “it is an administrative issue.”

Forced to look for a new residence elsewhere and having since opened a new main campus in Vienna on 14 November, the CEU has stood as a bastion of liberal thinking across Eastern Europe since it was first opened in 1991, after communism collapsed.

The university is funded by US billionaire George Soros, whom Prime Minister Viktor Orbán’s government accuses of orchestrating migration to Europe.

The fate of the university sparked one of the biggest demonstrations in Hungary in recent years. Between 50.0000 and 80.000 people took to the streets in 2017, according to the organisers, bringing together the opposition for the first time.

Kokott’s conclusions follow another opinion from an advocate general issued this January, which said restrictions imposed by Hungary on the financing of civic organisations from abroad breach EU law. 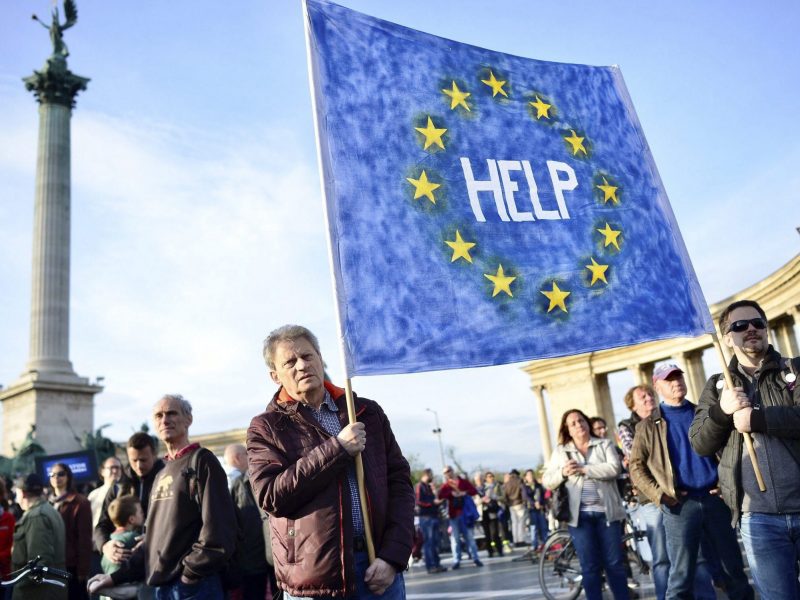 Human rights watchdogs hailed on Tuesday (14 January) an opinion from the advocate general of the EU’s top court which said restrictions imposed by Hungary on the financing of civil organisations from abroad breach EU law.

“Maybe there are some tools that are more efficient than others,” Justice Commissioner Didier Reynders told reporters before the Article 7 Council hearing on Hungary last December, referring to bringing rogue states to court.