This article is part of our special report EU civil society at a crossroads.

European civil society organisations are exploring ways to address the mounting pressure on them, clarify their role and empower themselves to tackle future social challenges.

Speaking at the Empowering civil society to act and grow in Europe conference on Tuesday (27 June), several activists presented the current state-of-play of NGOs in the EU.

Factors ranging from a lack of funding and structure to political pressure by right-wing populists have sparked a discussion about their future.

Online consultation is not enough

Waltraud Heller, of the EU Agency for Fundamental Rights (FRA), told EURACTIV.com that the challenges are very different depending on the country and what an activist is working on.

“What we can say is that generally, activists have the subjective feeling that it’s getting harder and there is some evidence, which supports that,” she noted, stressing that the legislation is narrowing in some countries partly as a side effect of anti-terrorist, transparency, lobbyist or tax laws.

She also emphasised that a recent law in Hungary on foreign funding rules, in her view, aims to make it more difficult for civil society groups. 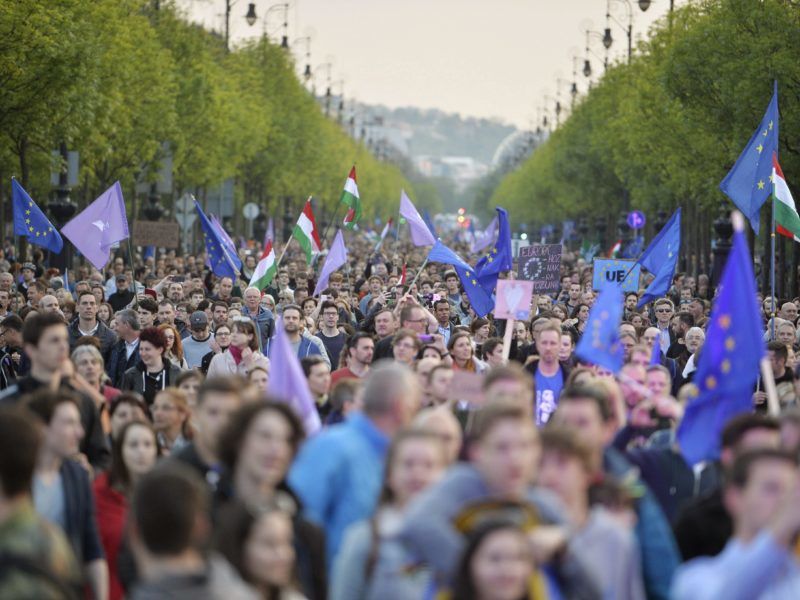 Heller explained that what is needed is a wider debate on whether NGOs are classical lobby organisations or not. “For me, it’s problematic to treat them like the business sector […] there must be a structured way of dialogue with civil society.”

The official said she was sceptical about the online consultation process, often used by national governments and the EU institutions regarding a new legislation.

“There is a possibility for input but they are not the right tool. They have a value as well as limitations,” she stated, adding that there is often a lack of structures where conversations can take place between a public service and civil society.

For Heller, what is missed on the side of public institutions are the skills and knowledge about different tools of consultation and participation, such as focus groups, which is the case at the local level.

“We need to also empower governments and public services to work on this and there must be an understanding that proper participation needs skills, time and resources. We have to understand that it’s an inherent part of the process that guarantees a more democratic outcome,” she said

No official data on attacks

The creation of a notification system where attacks against activists could be reported has always been a priority for civil society organisations.

Heller said that activists don’t really see any mechanisms to use if they have a complaint. “It could be an ombudsman. But what are the channels for reporting, for example, hate speech online?” she wondered.

Currently, there is no database to report these kinds of incidents. Firstly, because there is no such structure on an EU and national level and second, because activists take this kind of abuse for granted as part of their job and don’t report them.

The FRA official said that a good example is Germany. When one wants to report an incident and files a complaint, there is a for provision “being a civil society activist” as one of the reasons an activist is attacked.

Kélig Puyet, the director of Social Platform, stressed that the ongoing changes in civil society are both a symptom and a cause of a weakening of our democracies.

For the activist, the role of NGOs is exactly ensuring that democracies survive.

“We are one important link connecting people in Europe with decision-makers, and our meaningful involvement is key to remedying growing mistrust in political institutions,” she said.

“Transparent and inclusive decision-making processes and adequate financial and regulatory support will contribute towards this,” she added.

Many activists also stressed that the civil society has become a casualty of right-wing populism, which tries to target NGOs to gain public support.

“NGOs defend the groups the right-wing populists attack like migrants and ethnic minorities […] they are responsible for the progress that right-wing populists are trying to rescind: feminism, racial equality and gay marriage,” said Israel Butler, a Civil Liberties Union for Europe activist.

Butler explained that NGOs needed to change the way that people think of them and of what they do.

“There are not many people out there willing to stand up and fight to protect civil society because they don’t know what we do, or they don’t understand what we do,” he said, adding that there is an urgent need to change the narrative.

“We have to change the misconceptions about democracy and human rights and the rule of law,” Butler noted.

For democracy, the activist said that it’s not about the rule of the majority.“It’s about making a government that might have a particular direction but takes into account the interests of everyone.”

Regarding the rule of law, he added, it’s not about unelected judges blocking the will of the people. “It’s about making sure that dangerously powerful governments keep to commitments that they made previously, as part of the democratic process.”

Human rights, Butler concluded, are not about privileges used by undeserving criminals or terrorists to take advantage of the deserving majority. “They are about preserving the dignity of every human being,” he said.