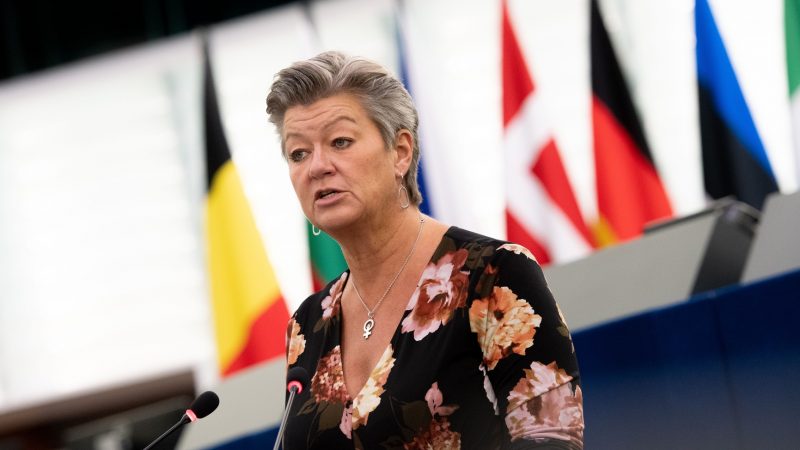 The European Commission acknowledged for the first time on Thursday (16 September) that it had not done enough to help fight high-level corruption in Bulgaria. EURACTIV Bulgaria reports.

The EU executive had to answer in the European Parliament in Strasbourg why it had stood idle while the United States imposed sanctions under their “Magnitsky” legislation on three prominent Bulgarians and their networks.

In the plenary, the Commission replied to an oral question asked on 2 September by MEP Juan Lopez Aguilar (S&D, Spain), who chairs the EP’s Committee on Civil Liberties, Justice and Home Affairs (LIBE).

According to him, the US sanctions imposed on the three Bulgarian nationals raise serious questions about the EU’s own approach to democracy, rule of law and fundamental rights.

In June, The US Department of the Treasury’s Office of Foreign Assets Control (OFAC) sanctioned three Bulgarians for corruption in Bulgaria, as well as their networks, encompassing 64 entities.

The Commission has been monitoring Bulgaria for its deficiencies in the judiciary field and for its persistent problem with organized crime since the country joined the EU in 2007, under the so-called “Cooperation and Verification mechanism” (CVM). Thousands of pages of reports have been written but ordinary Bulgarians say that nothing has changed.

In contrast, with a single move, the US administration pinpointed what many perceive as persons symbolizing the mafia system.

Aguilar asked how the Commission feels about a non-EU country (the US) taking action against corruption in a member state, and whether this impacts the Commission’s assessment of its current approach under the CVM.

EU Commissioner for Home Affairs Ylva Johansson initially tried to argue that there were no instruments for intervention and that this was within the competence of the EU’s Anti-Fraud Office, OLAF, and the newly created European Public Prosecutor’s Office.

However, she promised that a European mechanism would be set up by the end of the year to protect the whistleblowers reporting corruption in their countries.

She eventually recognised that if problems persist in Bulgaria and corruption continues to erode the rule of law, this means that the EU has not done its job.

The Commissioner confirmed that CVM for Bulgaria and Romania will remain in effect until the EU Council decides otherwise. She also recalled the promise made by Commission President Ursula von der Leyen this week that next year’s rule of law report would contain recommendations against shortcomings in each country.

Much to the relief of the European liberal family, Delyan Peevski, a controversial candidate from the ALDE-affiliated “Movement of Rights and Freedoms” (DPS) announced during the election night that in spite of being elected, he would not take up his seat as MEP.