The European Commission today (29 May) sprang to the defence of First Vice-President Frans Timmermans, after Poland’s foreign minister blamed him personally for the current tensions between Brussels and Warsaw.

Timmermans oversees matters regarding rule of law and the Charter of Fundamental Rights, according to Jean-Claude Juncker’s Mission Letter to the Dutchman. In 2014, the previous Commission adopted a ‘rule of law mechanism” to counter “systemic threats” to democracy in the 28 member states.

In light of recent lurches toward authoritarianism in Hungary and Romania, the European Commission adopted today (11 March) a mechanism for addressing “systemic threats” to the rule of law in any of the EU's 28 Member States.

In January 2016, Poland became the first, and so far the only, country against which the mechanism has been used, on the initiative of Timmermans.

The Commission gave Poland a deadline to implement measures it deems essential after the Eurosceptic Warsaw government made a series of appointments and reforms that Brussels says weaken the independence of its judiciary.

However, the procedure failed to impress Warsaw, mainly because it requires unanimity among the member states before punitive action is launched. Hungary, who fears the same sort of procedure, blocks such avenues.

Waszczykowski also questioned the legitimacy of the Commission. “The Commission does not have democratic legitimacy. It’s not elected, it’s selected by the governments. We have to find the criteria how to elect the body that’s going to rule a federal Europe”, he said.

“We regret that a government minister does not understand the Commission’s role, structure and competences,” Schinas said, without mentioning Waszczykowski by name.

He briefly reiterated the role of the Commission as a guardian of the treaties and of the common interest of all 28 member states.

“We would appreciate that all responsible government officials venturing comments on our role take good note of these facts. As far as the dialogue with Poland on the rule of law is concerned, the Commission is colour-blind, and stands ready to engage again as soon as possible,” he said.

EU ministers on 16 May agreed to continue the long drawn-out talks with Poland in a bid to stop its alleged breaches of the rule of law. 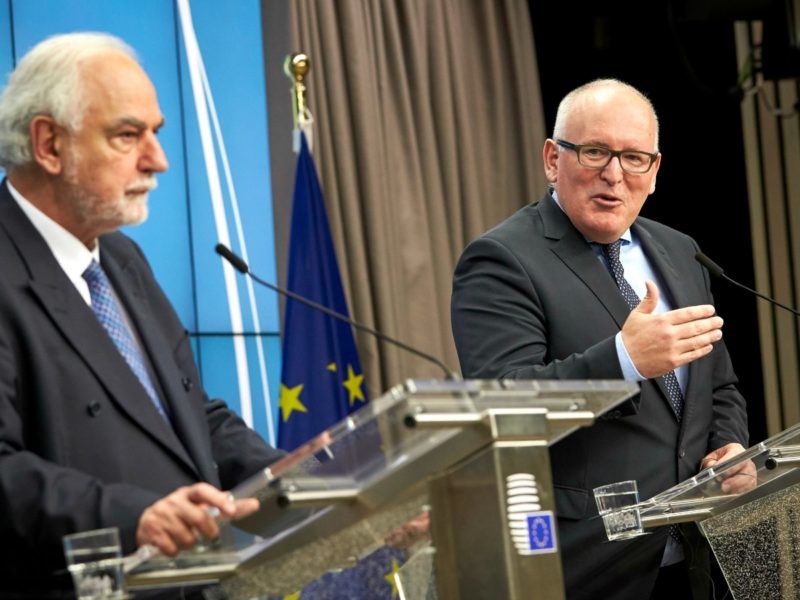 Normally the Commission says it does not comment on comments, so EURACTIV.com asked Schinas what was different in this case.

“Truth. Truth pushes us sometimes to state what we think in situations like this,” Schinas replied.