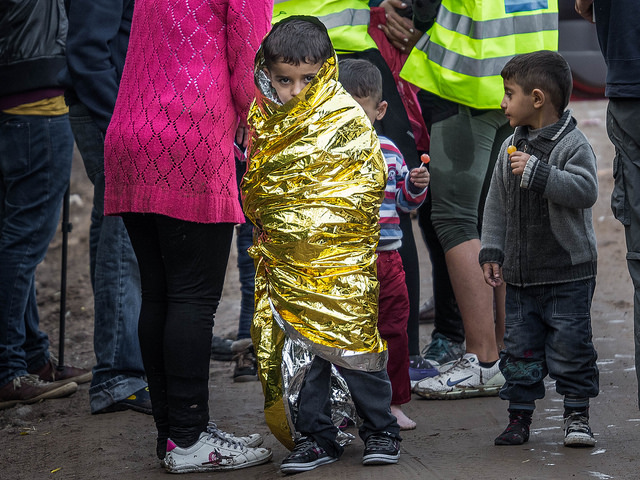 But its strongest language was reserved for those national governments that have repeatedly called for refugees to be rehomed – but have delivered hardly anything.

The total number of refugees relocated from Greece and Italy now stands at 1,145. EU leaders in September 2015 committed to relocate 160,000 people from Italy and Greece by September 2017.

In March, the Commission set a target of at least 6,000 people in Greece and Italy to be rehomed elsewhere in the European Union.

Just 208 people were relocated out of possible 35,000-45,000 refugees eligible for relocation in Greece, the executive said.

The total number of refugees relocated from Greece and Italy now stands at 1,145. EU leaders in September 2015 committed to relocate 160,000 refugees from Italy and Greece by September 2017.

Despite member states repeatedly vowing to increase relocation at meetings of the European Council, “relocation efforts were made by only a few member states”, the Commission said.

“Relocation efforts have to be increased dramatically to reply to the urgent humanitarian situation in Greece and to prevent any deterioration of the situation in Italy,” said Migration Commissioner Dmitris Avramopoulos.

The European Commission warned it “stood ready” to hit its member countries with legal action for failing to observe the rules. It said the targets could still be met, if countries took determined action on the ground.

The European Union said Tuesday it is “very concerned” that Austria may be preparing to reintroduce controls on its border with Italy, amid fears of a new migrant influx.

“If these plans should materialise then we will have to look at them very seriously. The Brenner pass is essential for freedom of movement within the European Union,” Commission spokeswoman Natasha Bertaud said.

Vowing to “safeguard and strengthen” Schengen, Avramopoulous said, and “The EU’s ability to maintain an area free of internal border controls depends on our ability to effectively manage our external borders.”

Greece, on the external borders of the EU, had presented an action plan to the executive, showing how it was trying to deal with the crisis.

Officials said “significant progress” had been made, but further improvements and better implementation of some measures are needed in order to fully hit the goals set by the European Council summit last February.

The European Commission demanded more information about how Greece was bringing a 50 point recommendation list into force, and set a 26 April deadline for more information to be handed over.

Council sets '50 steps' Athens should take to stay in Schengen

The report was based on an unannounced visit to Greek sea border and land border sites from 10 to 13 November 2015.

If “serious deficiencies persist” after three months from the adoption of the recommendation (June 2016), the EU could reintroduce border controls with Greece up to a period of two years (article 26 of Schengen Borders Code).

The EU struck a deal with Turkey in March to swap one Syrian refugee from Turkey for every Syrian they sent back from Greece.

The pact, which included a six billion euro aid package for Turkey, would stop refugees risking their lives to cross the sea from Turkey to Greece.

They would not have to rely on vicious people smugglers as they would have alternate, legal ways to get to the EU, the Commission argued.

Since 4 April, 37 Syrians were resettled to Germany, 11 to Finland and 31 to the Netherlands, the Commission said.

A centralised asylum system would allow the EU to better manage flows of migrants and asylum seekers, said the European Parliament on Tuesday. It also asked for safe and legal ways to be found for third country nationals to enter the Union without resorting to human smugglers at the risk of their lives.

In a non-binding resolution, MEPs acknowledged the failure of the EU asylum system to cope with ever-rising numbers of migrant arrivals and call for a radical overhaul of the so-called Dublin rules. They propose establishing a central system for collecting and allocating asylum applications. The scheme, which could include a quota for each EU member state, would work on the basis of “hotspots” from which refugees would be distributed.

The resolution, drafted by Roberta Metsola (EPP, MT) and Kashetu Kyenge (S&D, IT), was approved by 459 votes to 206, with 52 abstentions.