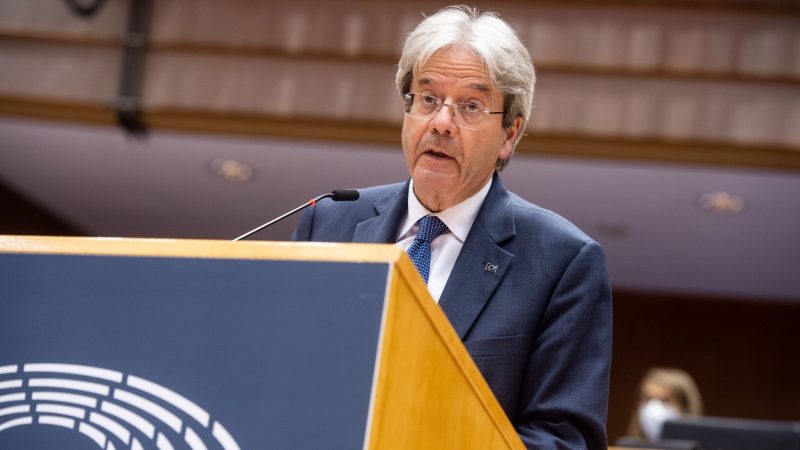 Poland, like all other countries of the 27-nation group, is to receive large grants and cheap loans from the EU to rebuild its economy greener and more adapted to the digital age after the economic deep slump caused by the coronavirus pandemic.

But each country is to get its share of the money only once the European Commission, the EU’s executive arm and the guardian of EU laws, approves its national spending plan that has to comply with criteria set out in EU law.

The Commission has already given the green light to 18 national plans, but has withheld approval for Poland and Hungary because it is concerned that the two countries undermine the independence of courts and media freedom.

To make matters worse, the Polish government has recently asked the Polish constitutional tribunal to rule that EU law does not stand above national law — a claim that undermines the basis of the EU’s legal order.

Gentiloni, speaking to the economic and budget committee of the European Parliament, said that latest move by the Polish government was now an additional factor holding up the Commission’s approval for disbursements to Warsaw.

If approved, Poland could get €23 billion in EU grants and €34 billion in cheap loans, while Hungary can expect €7.2 billion in grants.

“The fact is that we are not yet there, that the discussion is continuing,” Gentiloni said.

“We know that this is about the requirements of the regulation and about the country specific recommendations and also the discussion, as the Polish authorities know very well, includes also the issue of the primacy of EU law and the possible consequences of this issue on the Polish recovery and resilience plan,” he said.

European Commission Executive Vice President Valdis Dombrovskis, also present at the parliamentary hearing, said the money would not be released until the Commission was satisfied Poland and Hungary complied with the EU requirements.

“We are seeking additional clarifications from Poland and Hungary concerning compliance, making sure that all conditions of the regulation are being met. We need to receive those assurances before we are able to conclude positively on this.”

Ten EU countries are already getting EU cash — Italy, Spain, France, Greece, Germany, Portugal, Belgium, Lithuania, Denmark, and Luxembourg have received in total almost €49 billion in pre-financing for projects listed in their national plans that got the Commission’s OK.

Some of them, like Spain, France, Greece, or Denmark could even get next tranches of cash in the coming months if they show the Commission they have reach agreed milestones and targets in their reforms and planned projects, Dombrovskis said.

Bulgaria and the Netherlands have not yet submitted their national plans to the Commission because of elections and continuing difficulties in forming a government.