The decision highlighted EU legislation on “visa reciprocity” that the Commission now appears unable to enforce.

EU Commissioner for Migration Dimitris Avramopoulos told journalists his decision yesterday (2 May) favoured “engagement, commitment and passionate diplomacy” instead of “unilateral retaliation” to stop visa-free travel for Americans coming to the EU.

“This is in the mutual interest of both EU citizens as well as the citizens of the United States,” Avramopoulos said.

The decision falls short of what the European Parliament asked for in March when it passed a non-binding resolution calling for the Commission to turn up pressure on the United States by ending visa-free travel for its citizens.

MEPs wanted the EU executive to change rules for American visitors as a reaction to the US government’s continued policy of requiring visas for anyone from Poland, Cyprus, Croatia, Romania and Bulgaria. Citizens of other EU countries do not need visas to enter the US and US citizens can travel around all member states without visas.

If a country that falls under EU visa reciprocity rules does not waive visas, the executive must draft a legal change to require visas from that country 24 months after it first notifies officials there. The European Commission alerted the US that it was not applying visa waiver rules correctly in April 2014 but still has not changed EU rules to require visas for Americans. 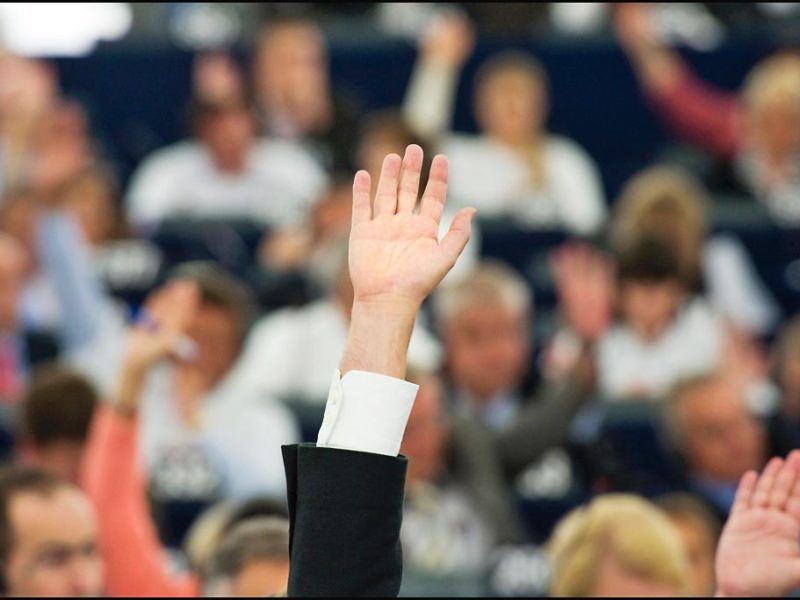 Avramopoulos told reporters he will keep discussing the visa requirement with US Secretary of Homeland Security John Kelly, who he visited in Washington earlier this year. The Commissioner said he hopes to broker an agreement on how to continue negotiations with US authorities and justice and home affairs ministers from the five EU countries under visa restrictions at a meeting in June.

But Kelly has recently signalled reluctance towards relaxing the rules. He said in a speech last month that “we have to start looking very hard” at the US visa waiver programme, including with member states because he fears European terrorists who travelled to Syria and Iraq might more easily enter the US if they are not required to show visas.

Several MEPs have called for the European Commission to require visas from US citizens as a reaction to the Trump administration’s announcements to introduce restrictions to immigration law.

Avramopoulos said that his talks with the Trump Administration have been “very positive”. He told reporters he models negotiations with US officials after his “sustained diplomatic efforts” in talks with the Canadian government.

Canada lifted restrictions on some Bulgarians and Romanians who are already Canadian residents as of yesterday and will get rid of visa requirements for all citizens of those two countries starting 1 December. That agreement was made part of the EU-Canada free trade agreement known as CETA, which was approved last year.

The Commission has arranged several meetings in recent months between officials from the US and Poland, Cyprus, Croatia, Romania and Bulgaria. The US government has signalled that they will allow visa-free travel from those countries if they meet American requirements, according to the Commission.

Bulgaria and Romania agreed today (21 October) that their deal to obtain visa-free travel would be part of the CETA agreement, answering the concerns of the Belgian region of Wallonia. A couple of hours later they realised that they made the wrong decision.