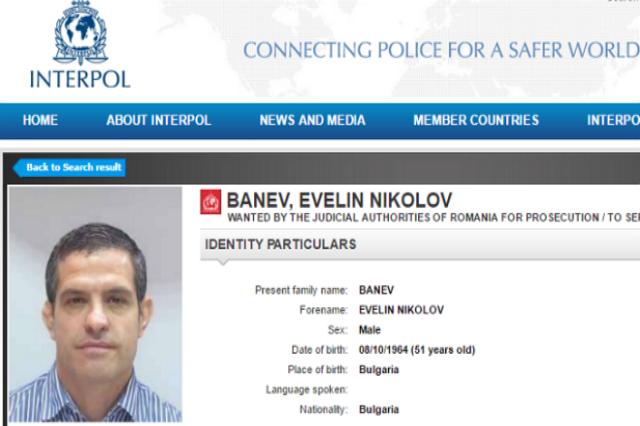 Credit Suisse will face charges in a Swiss court on Monday (7 February) of allowing an alleged Bulgarian cocaine trafficking gang to launder millions of euros, some of it stuffed into suitcases.

Swiss prosecutors say the country’s second-biggest bank and one of its former relationship managers did not take all necessary steps to prevent the alleged drug traffickers from hiding and laundering cash between 2004 and 2008.

“Credit Suisse unreservedly rejects as meritless all allegations in this legacy matter raised against it and is convinced that its former employee is innocent,” the bank said in a statement to Reuters.

In the first criminal trial of a major bank in Switzerland, prosecutors are seeking around 42.4 million Swiss francs in compensation from Credit Suisse, which added that it would “defend itself vigorously in court”.

The case has attracted intense interest in Switzerland, where it is seen as a test for a potentially tougher stance by prosecutors against the country’s banks.

The indictment runs to more than 500 pages, and centres on relationships that Credit Suisse and its ex-employee had with former Bulgarian wrestler Evelin Banev (Brendo) and multiple associates, two of whom are charged in the case. A second indictment in the case charges a former relationship manager at Julius Baer with facilitating money laundering.

A legal representative for the ex-Credit Suisse employee, who cannot be named under Swiss privacy laws, said the case was unjustified and his client denied wrongdoing.

A lawyer for the two alleged gang members, who face charges of multiple counts of misappropriation, fraud and forgery of documents in the Swiss federal court but cannot be named under Swiss privacy laws, declined to comment. A lawyer for the former relationship manager at Julius Baer did not respond to requests for comment.

Banev, who does not face charges in Switzerland, was convicted of drug trafficking in Italy in 2017 and then in Bulgaria in 2018 for being part of a criminal organisation active in trafficking tonnes of cocaine from Latin America.

He vanished, but was arrested in September in Ukraine, from where Bulgarian prosecutors are seeking his extradition to face charges of setting up an organised criminal group and drug trafficking, Interpol’s red list of wanted persons shows.

Bulgarian drug lord Evelin Banev-Brando was detained in Kiev. Interpol has been looking for Banev unsuccessfully since 2016. He was last sentenced to 6 years in prison for money laundering from drug trafficking pic.twitter.com/dypphDLjtg

Banev and his legal representatives could not be reached for comment. A lawyer who represented Banev in his Bulgarian trial said she was no longer representing him.

Julius Baer, which is not facing charges, declined to comment on the case.

The former Credit Suisse employee brought at least one Bulgarian customer who was an associate of Banev with her when she joined Credit Suisse in 2004, prosecutors allege in the indictment.

The customer, who was later shot dead as he left a restaurant with his wife in Sofia, Bulgaria in 2005, had begun placing suitcases full of cash in a safe deposit box at Credit Suisse, the indictment says.

Prosecutors allege the gang used so-called smurfing, where a large sum of money is broken down into smaller amounts which are below the anti-money laundering alert threshold, to launder money, putting millions of euros in small-value bills into safety deposit boxes and later transferring them into accounts.

Although Swiss private banks have since adopted much tougher anti-money laundering so-called know-your-client checks after international pressure, the defendants said this was standard practice at the time the deposits were made.

The prosecutors allege the former relationship manager, who left Credit Suisse in 2010 after being detained for two weeks by police in 2009, helped conceal the criminal origins of money for the clients by carrying out more than 146 million Swiss francs in transactions, including 43 million francs in cash.

“Our client is being unfairly accused, because Swiss law requires that a person be implicated in order to condemn a bank,” attorneys at law firm MANGEAT LLC, representing the ex-employee, told Reuters. “She is innocent, outraged by the accusations. We will plead for her full and complete acquittal.”

Credit Suisse disputes the illegal origin of the money, a source familiar with its thinking told Reuters, saying that Banev and his circle operated legitimate businesses in construction, leasing and hotels.

The Swiss bank, which the indictment says considered Bulgaria as a high-risk country at the time, plans to draw attention to calls made by its compliance department to Swiss prosecutors after Banev was temporarily arrested in Bulgaria in April 2007, the source added.

Credit Suisse is hoping that the court will view that its compliance department’s move was a sign of the bank taking its anti-money laundering obligations seriously and of cooperating with prosecutors in the matter.

In June 2007, the prosecutors asked Credit Suisse for information on accounts held by Banev and his associates in response to a request from Bulgaria, the source added.

Noticing a series of withdrawals, the bank’s compliance department asked prosecutors whether to freeze the accounts, but were told not to do so in order not to tip the clients off, according to the source.

By the time prosecutors gave Credit Suisse the go-ahead, much of the money had been withdrawn.

The prosecutors’ office declined to comment on Friday, saying the matter was now in the hands of the court.

The second indictment filed by federal prosecutors against the former relationship manager at Julius Baer, which is being tried in the same court case, alleges some of the funds were transferred to another Swiss bank.

The former relationship manager, who left a few months after the transfers took place, is charged with facilitating money laundering.

The bank had refused to accept a suitcase filled with cash from the defendants, the indictment says.