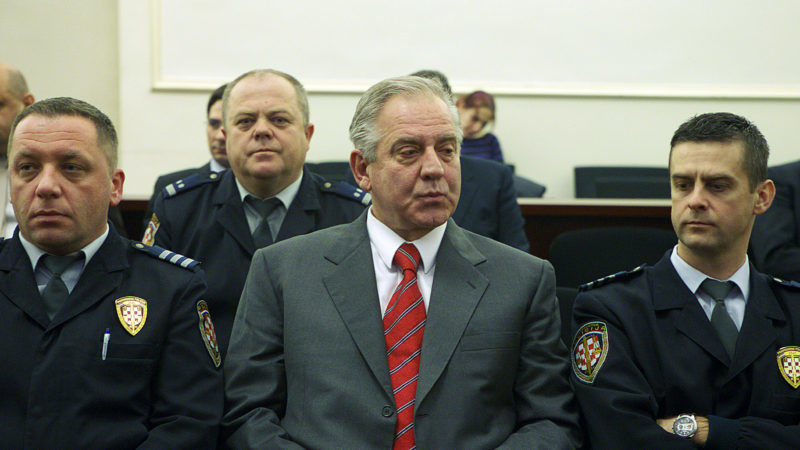 Sanader, who led the government from 2003-2009, has also been indicted in three other graft cases in which he is suspected of embezzling millions of euros.

On Friday the tribunal found him guilty of pushing his cabinet to buy a building in Zagreb for the rural development ministry for twice its market value.

Croatia’s main opposition party, the Social Democrats, sought on Wednesday (18 May) a confidence vote against powerful Deputy Prime Minister Tomislav Karamarko over an alleged conflict of interest, as a national watchdog opened a probe into the affair.

The government agreed to pay some €10m for the property but €2.3m were given directly to Sanader, according to the indictment.

Sanader, 63, has to return that amount to the budget, judge Jasna Smiljanic ruled.

As the sentence is less than five years, Sanader will not have to go to jail until it becomes final.

“There was not a single piece of evidence, only false testimonies,” Sanader told reporters after the verdict and said he would appeal against it.

Two other defendants – former MP Stjepan Fiolic, who sold the building to the ministry, and head of the company that valued it for the deal Mladen Mlinarevic – were sentenced to one year in jail each.

Their sentences will be reduced to community service.

The fight against corruption was a key criteria for Croatia’s accession in the European Union in 2013.

A Croatian government watchdog is to assess if central bank governor Boris Vujčić allowed a conflict of interest by several times attending an economic conference sponsored by the owner of Croatia’s biggest commercial bank.