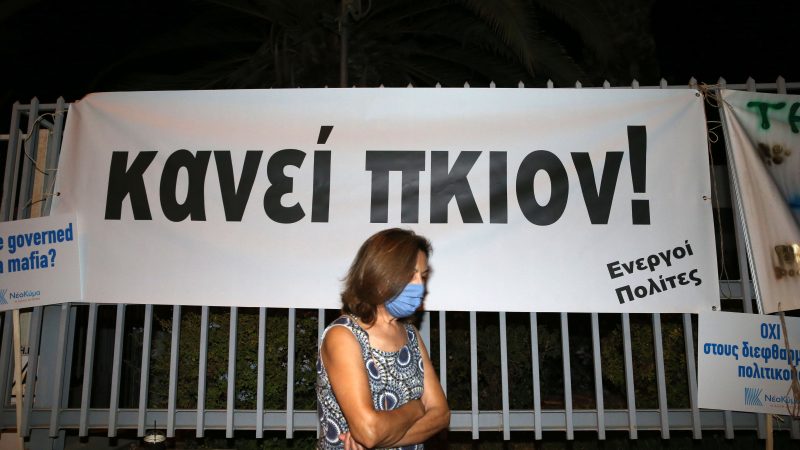 File photo. A woman walks in front of a placard reading 'Enough' during a protest against corruption in Nicosia, Cyprus, 14 October 2020. Hundreds of people gathered outside the Filoxenia Conference Center, currently hosting the Parliament, to protest and demand the resignation of the President of the Parliament, Demetris Syllouris who appeared in an undercover video of Al Jazeera offering to help a foreign businessman with a criminal record to acquire a Cyprus passport. [EPA-EFE/KATIA CHRISTODOULOU]

“The first criminal case concerning the naturalisation of foreign investors and business people was registered at Larnaca district court,” it said in a statement.

The action against five individuals and four legal entities, facing a total of 37 charges, was taken based on the findings of an ad hoc committee, it said, without giving names.

The legal service said “sensitive details” would not be disclosed due to the “seriousness” of the investigation.

Parliament speaker Demetris Syllouris and an opposition MP were secretly filmed allegedly trying to facilitate a passport for the fugitive investor.

They later resigned, although both insisted they were innocent of any wrongdoing.

Al Jazeera reported that dozens of those who applied were under criminal investigation, international sanctions or even serving prison sentences. 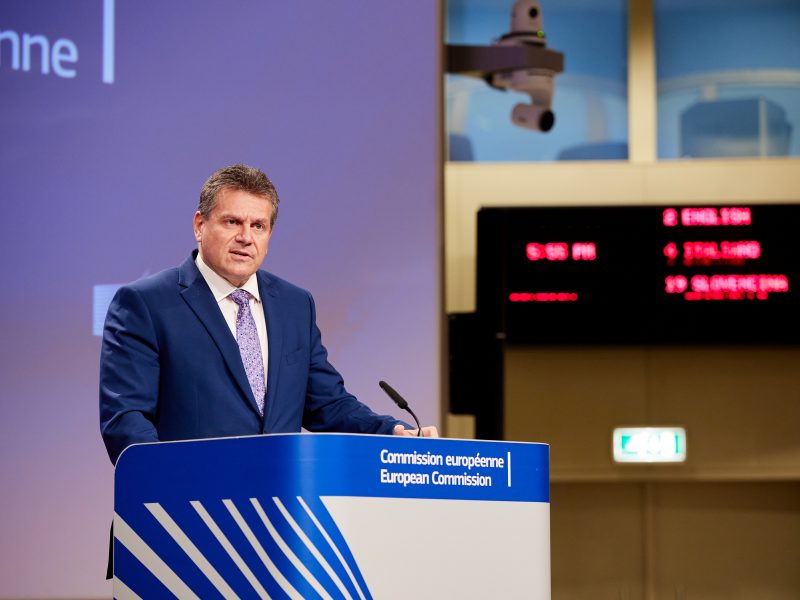 Cyprus had argued the investment was essential following the island’s 2013 economic meltdown.

Nicosia issued thousands of passports under the scheme, allowing applicants to acquire one in exchange for an investment of $3 million.

Around 51% of 6,779 passports issued from 2007-2020 went to recipients who should not have qualified, according to interim findings of an independent inquiry.

It said authorities had rubber-stamped citizenship requests without following due process or proper background checks.