A Cyprus passport opens up to the entire EU. [@Parikiaki Twitter]

A lucrative citizenship for investment scheme run by the Mediterranean island has been under scrutiny both in Cyprus and abroad after the disclosure that some of the beneficiaries were high-ranking officials from foreign countries.

More than 3,500 people have gained citizenship under this scheme in recent years.

In November, Cypriot authorities announced they would revoke the passports of 26 individuals, saying the criteria under which citizenship was granted to some people was flawed.

Reuters had reported in October that a number of Cambodians, including its police chief and finance minister, had acquired Cypriot citizenship. 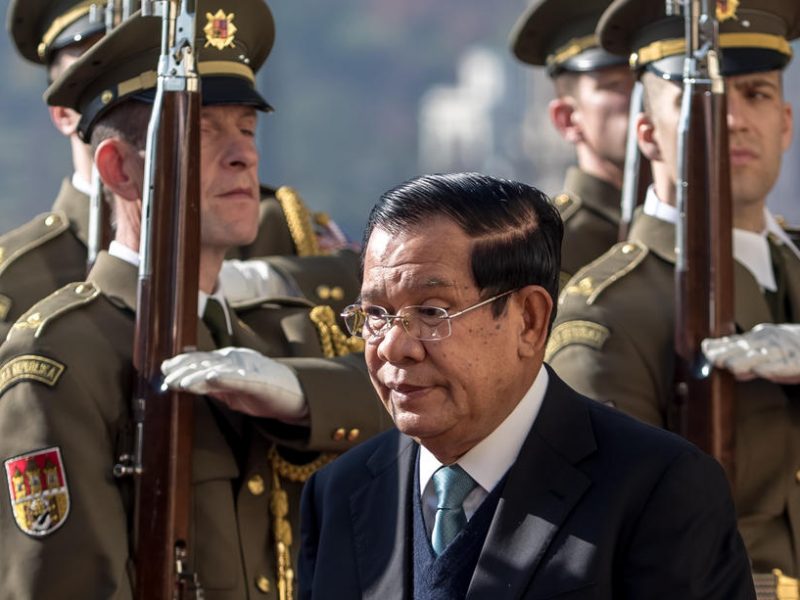 Cyprus said on Wednesday (23 October) it would investigate the circumstances under which relatives of Cambodia’s prime minister were granted citizenship and did not rule out revoking passports if necessary.

Cypriot government sources had said at the time the group whose passports should be revoked include nine Russians, eight Cambodians, five Chinese nationals, two Kenyans, one Malaysian and one Iranian.

Lawmakers from the Interior Committee of parliament were told on Monday the decision to strip passports could not proceed at present for legal reasons, two of those present told Reuters.

That was because, one said, the relevant law for granting investors citizenship lacked a supplementary clause on the process for revoking it.

“We have a problem with the law which can be fixed relatively easily,” said George Perdikis, a lawmaker with the Greens party.

Nonetheless, he said, “our jaws dropped” when an interior ministry employee said there was a problem with the law as it currently stood.

Left-wing lawmaker Eleni Mavrou, who chairs the Interior Committee, told Reuters there was a “legal vacuum” in revoking the passports. “Today we were told that the process won’t go ahead until a committee appointed by the government vets all the information,” she said.

Cyprus has had a citizenship for investment plan in place since 2013, under which a minimum 2 million-euro investment can buy a passport and visa-free travel throughout the European Union.

Authorities say the programme has gone through several transformations, and was overhauled in February 2019 with five different due-diligence layers, compared with one in 2013.

For transparency reasons, Cypriot lawmakers in February 2019 decided the eligibility criteria of the citizenship scheme be enshrined in law, instead of based on regulations set by the island’s cabinet.

So far the government has not brought those regulations to parliament for discussion and a deadline set by parliament passed at the end of January.

“We have thrown down the gauntlet, we told them (the government) that since there are no regulations, any applications submitted after 31 January can’t be reviewed,” Mavrou said.