Babiš has denied any wrongdoing and refused to step down.

Tuesday’s protest came after even bigger anti-Babiš rallies in June and November, the largest such events since the end of communism in 1989. 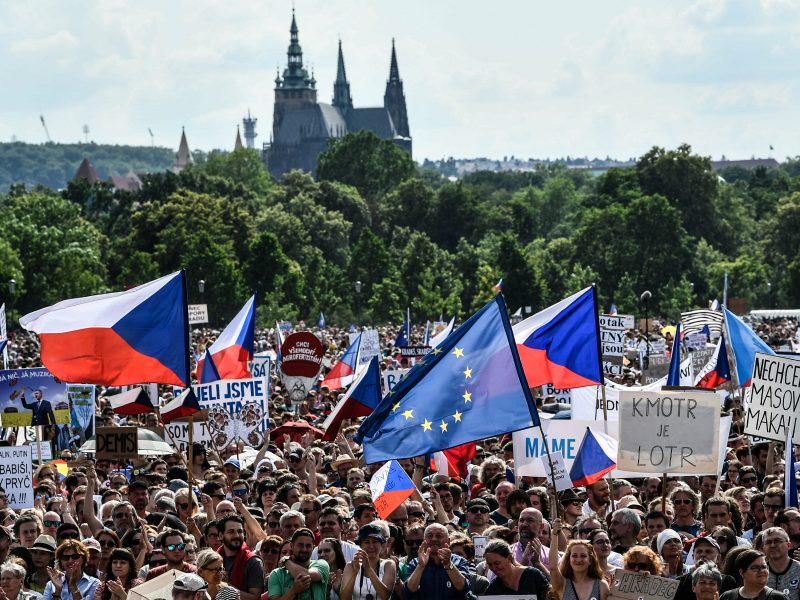 The rally, in Prague’s iconic Wenceslas Square, was organised by Million Moments for Democracy, a protest movement started by students who aimed to bring down Babiš over his failure to tackle corruption.

“This thick-skinned guy with his relaxed certainty that people will buy his lies is not a man who should represent me,” protester Josef Smycka, a pensioner from the eastern city of Olomouc, told AFP.

On top of the fraud inquiry, Babiš is now facing claims of conflict of interest.

A European Commission audit concluded that his business interests were incompatible with his political role, according to leaked documents obtained by Czech media.

The audit also suggests his firm, Agrofert, should return hefty sums in EU and state subsidies.

Protester Zuzana Pelantova, who owns a farm south of Prague, is not convinced.

“We can’t have a man with a conflict of interest at the head of the government, managing the entire society, with his incredible powers and arrogance,” she told AFP.

Babiš leads a minority coalition — his ANO movement formally partnered with the Social Democrats, relying on the support of Communist Party lawmakers.

Babiš is expected in Brussels on Thursday and Friday for the last EU summit for the year.