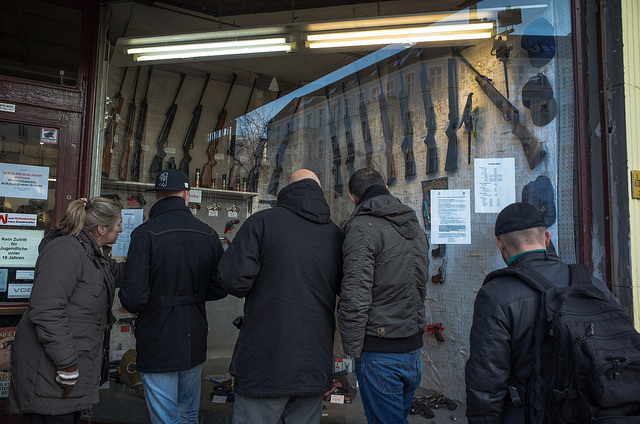 The loss of state control, the fragility of EU institutions, and the rise of populism could bring about a disintegration process in Schengen, the eurozone or “even the Single Market”, according to the World Economic Forum’s Global Risks Report 2016.

European and national officials believe these centrifugal forces affecting the union are only expected to worsen in 2016, as the British ‘in-or-out’ referendum will add to the gloomy scenario.

“We are in difficult times”, summarized European Commission President Jean-Claude Juncker on 15 January (Friday). “But I am not giving up”.

Against this gloomy backdrop, and the growing turbulence coming from other parts of the world such as China, leaders of national governments, international organizations and the private sector will meet on 20-23 January in Davos to discuss how to build more resilient societies against these risks.

This year’s forum will examine how to seize the opportunities that the upcoming industrial revolution (Industry 4.0) is bringing as a growth engine in times of stagnation.

But the perspective looks rather bad for Europe. Although member states remain united over the Ukraine crisis, “a bigger challenge is presented by the refugee crisis, a clear testament to the loss of state control and the frailty of intergovernmental structures”, says the report, released ahead of the leaders’ forum.

“Insularity, xenophobia and right-wing populism are gaining ground across the continent, calling into question the integration process and a common European front on international security policies. If Europe proves unable to find common solutions to today’s pressing challenges, we might see a de-integration process unravelling achievements such as the Schengen passport-free zone, the common currency, or even the Single Market. While still unlikely to happen, such a process could hardly be expected to be harmonious and peaceful,” the WEF report warned.

Juncker echoed the same concerns, as he insisted that the euro and Schengen are linked, stating “those who want to end Schengen will kill the internal market”.

The refugee crisis is “the risk being considered most likely in the region”, the report emphasised. According to the study, the mass arrival of Syrians, Iraqis and Afghans, “challenged local financial and absorption capacities and exacerbated the trend towards polarization of societies and the political spectrum, which in turn undermined the efficiency of European governance structures”.

The risk posed by the refugees is expected to continue increasing globally. During 2014, the number of people displaced – 42,500 per day – was four times greater than in 2010.

But, looking at 2016, the private sector in Europe still considers the economic risks as predominant, including fiscal crises, unemployment and energy prices.

The World Economic Forum study also stresses the importance of being responsive to the fast-changing industrial and technological landscape.

If Europeans miss this train, around €600 billion in value could be lost over the next 10 years, corresponding to about 10% of Europe’s industrial base.

Therefore, European economies should properly address the high risks that could emerge from this transition toward a more digitalized economy. These include cyber-related risks, the exchange of data between countries and stakeholders, changes to the work environment, and widening wealth, income and social inequalities.

Beyond Europe, the WEF report highlights that the failure of climate change mitigation and adaptation has risen to the top of public concern, and is perceived in 2016 as the most impactful risk for the years to come, ahead of weapons of mass destruction (2nd) and water crises (3rd).

However, large-scale involuntary migration tops the list of risks in terms of likelihood, and is the fastest rising in terms of both impact and probability. Cyberattacks are now considered to be the greatest risk to doing business in North America.