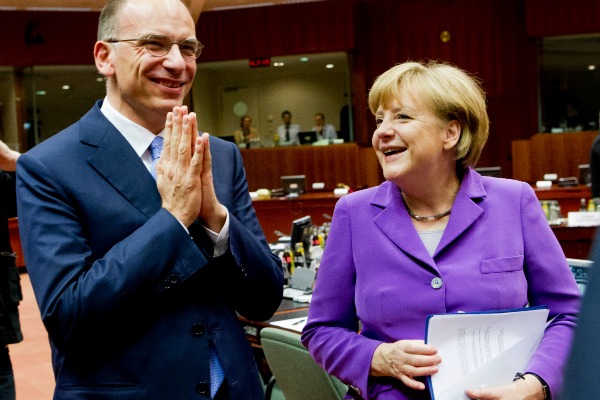 A newly-established task force on the Mediterranean will report at the next summit of EU leaders in December before a more comprehensive review of EU immigration and asylum policies is launched in June next year.

The EU’s 28 heads of states and government expressed “deep sadness” after the Lampedusa tragedy, which saw hundreds of African migrants lose their lives earlier this month as they tried to reach the small Italian island, which acts as a gateway for asylum seekers trying to enter Europe.

“Determined action should be taken in order to prevent the loss of lives at sea and to avoid that such human tragedies happen again,” EU leaders said in a joint statement after a two-day summit, which closed in Brussels on Friday (25 October).

French President François Hollande said the EU’s agreed approach was based on three principles: acting on countries of origin and transit, strengthening border controls and fighting against human traffickers.

“We have to deal with the emergency and at the same time anticipate,” the French president said after the summit.

The need for action was illustrated again the night before, when hundreds more migrants were brought to an already overcrowded immigrant reception centre on the southern island of Lampedusa.

Italian Prime Minister Enrico Letta has pressed EU leaders to increase aid to Mediterranean countries, including Italy, Greece and Malta, which have handled the brunt of the crisis.

According to Hollande, the most pressing priority is to strengthen neighbouring countries’ capacity to deal with asylum seekers. “I am thinking notably about Libya,” Hollande said.

“We must do all we can so that Libya finds back its security and action capabilities and ensure that refugees who crowd there can be accommodated,” the French president said.

German Chancellor Angela Merkel made a similar pledge. “It is most important that we agree cooperation with the countries of origin if we want to protect refugees,” she said after the summit.

However, Berlin strongly rejected any suggestion to accept more refugees, arguing Germany ranks among the countries taking the most refugees in Europe.

“We have not yet changed the rules on accepting refugees,” Merkel said. “We have not discussed this question of quota. I think we ought to take some more time to reflect about this at some greater length.”

In fact, deep doubts remain about the EU’s capacity to act decisively.

Since 1999, the EU has been working to create a Common European Asylum System, and set up a border agency called Frontex.  More recently, the European Parliament examined proposals to set up a new European border management system within Eurosur, the European external border surveillance system.

But the financial and economic crisis has taken its toll on Frontex, whose funding has been cut from €115 million in 2011 to €85 million this year after pressure from Britain and other northern EU countries to curb spending during the sovereign debt crisis.

David Cameron, the British prime minister, did not to mention immigration at his post-summit press conference and dodged questions on the matter, preferring to focus instead on his campaign to cut administrative burdens resulting from EU regulations.

“We are not part of the Schengen [borderless] agreement,” he would only say in reply to questions from EURACTIV.

EU leaders meanwhile invited the newly-established Task Force for the Mediterranean to identify “priority actions for a more efficient short-term use of European policies and tools”, without specifying how.

“Operational decisions” will be taken later at the next meeting of EU leaders on 19-20 December, they said, adding that the European Council would return on asylum and migration issues in June 2014 where “strategic guidelines for further legislative and operational planning in the area of freedom, security and justice will be defined.”

For Hollande, this means strengthening Frontex and Eurosur. “You have to put more resources so that they are more effective. The issue is to save human beings but also prevent smugglers from sending [immigrants],” he said.

At the core of the debate is who ultimately has responsibility for dealing with asylum seekers, analysts say.

Under current EU policy, known as the Dublin II Regulation, the country in which a person first arrived is responsible for dealing with asylum seekers, who can be sent back to their first port of destination if they are caught deeper into EU territory. Therefore, if a refugee lands in Malta before entering German or British territory, the authorities there are entitled to send the applicant back to Malta.

“With instability in North Africa and the Levant likely to remain high, and as the economic crisis keeps expanding to northern Europe, the situation of asylum seekers, refugees and illegal immigrants is likely to keep creating friction among EU members,” predicts Stratfor, a Texas-based intelligence company.

Since 1999, the EU has been working to create a Common European Asylum System and deal with immigration.

But EU countries rejected a European Commission proposal that solidarity should apply and that asylum seekers from the countries mostly affected from the arrival of migrants should be relocated in other EU members.