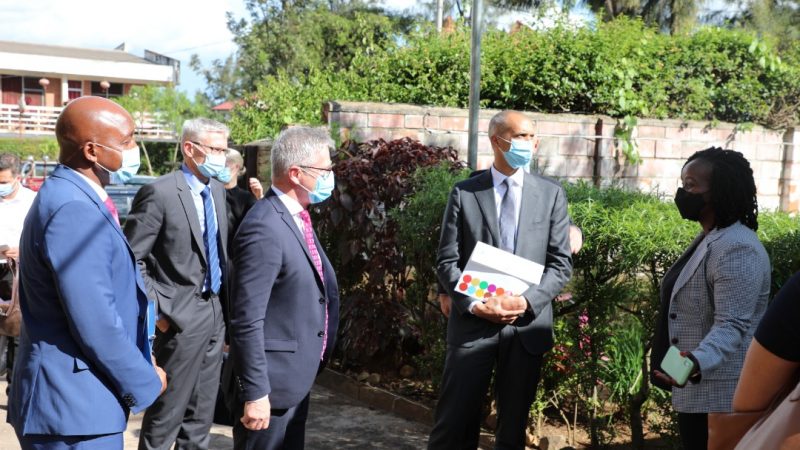 Denmark on Thursday (3 June) passed a law enabling it to process asylum seekers outside Europe, drawing anger from human rights advocates, the United Nations and the European Commission.

The wealthy Scandinavian nation, which has gained notoriety for its hardline immigration policies over the last decade, passed the law with 70 lawmakers voting in favour and 24 against.

The legislation will complicate the European Union’s efforts to overhaul Europe’s fragmented migration and asylum rules, an extremely divisive subject within the bloc.

“It is not possible under existing EU rules or proposals under the new pact for migration and asylum,” he added.

Denmark already has one of Europe’s harshest stances on immigration and aims to only accept refugees under the UN’s quota system.

The new law will allow Denmark to move refugees arriving on Danish soil to asylum centres in a partner country to have their cases reviewed, and to possibly obtain protection in that country.

“If you apply for asylum in Denmark, you know that you will be sent back to a country outside Europe, and therefore we hope that people will stop seeking asylum in Denmark,” the government party’s immigration speaker Rasmus Stoklund told broadcaster DR earlier on Thursday.

Denmark has yet to reach an agreement with a partner country, but Stoklund said it was negotiating with several candidate countries.

In April, Denmark’s immigration minister, Mattias Tesfaye, whose father was an Ethiopian immigrant, appeared in Rwanda on an unannounced visit to the central African nation, which led to the signing of diplomatic agreements on asylum and political matters.

Tesfaye later said it was too early to name any specific partner countries, but Denmark, along with Austria, has previously pledged support for a UN-operated refugee camp in Rwanda, set up to receive refugees stuck in Libya.

EU countries discussed setting up such external centres in 2016-18 after a spike in Mediterranean arrivals overwhelmed the bloc. Legal, humanitarian, political, safety and financial concerns eclipsed the proposals back then.

Critics worry moving the asylum process to countries with fewer resources will undermine the safety and welfare of refugees and compromise their human rights.

“The idea to externalize the responsibility of processing asylum seekers’ asylum claims is both irresponsible and lacking in solidarity,” Charlotte Slente, general secretary of the Danish Refugee Council, an NGO, told Reuters.

The United Nations Refugee Agency (UNHCR) warned last month that Denmark’s move could trigger a “race to the bottom” if other countries followed suit.

“Such practices undermine the rights of those seeking safety and protection, demonize and punish them and may put their lives at risk,” UNHCR Assistant High Commissioner Gillian Triggs said.

The number of refugees seeking asylum in Denmark has dropped steadily to just over 1,500 applicants last year from a peak of more than 21,000 in 2015, when more than a million refugees mostly from the Middle East and Africa made it to EU shores.