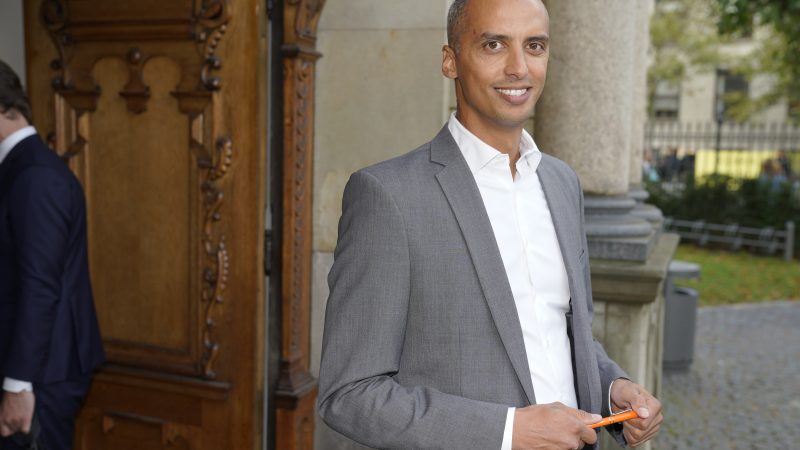 Mattias Tesfaye, Denmark's immigration minister. Denmark is seeking its own cash for migrants agreement with Rwanda a week after the UK signed its own asylum pact with the East African country. [EPA-EFE/Martin Sylvest]

Denmark is seeking its own cash-for-migrants agreement with Rwanda a week after the UK signed its own asylum pact with the East African country.

“Our dialogue with the Rwandan government includes a mechanism for the transfer of asylum seekers,” immigration minister Mattias Tesfaye told Reuters on Wednesday (20 April).

He added that an agreement would “ensure a more dignified approach than the network of human traffickers that characterises migration in the Mediterranean today.”

The move follows the announcement by the UK government and Rwanda of a £120 million agreement that will see an as yet undefined number of asylum seekers being given one-way tickets to Rwanda where their claims will be processed.

Should the claims be rejected, the asylum seekers would be entitled to remain in Rwanda, a country that has seen rapid economic growth but whose government, led by President Paul Kagame, has a poor human rights record.

The two governments are seeking to portray the agreement as a way to boost Rwanda’s economic growth, and as a means to curb human trafficking and deter people from risking their lives trying to cross the English Channel.

Nonetheless, the UK/Rwanda agreement has been denounced by the UN, civil society groups and the Church of England as inhumane and dangerous.

“UNHCR remains firmly opposed to arrangements that seek to transfer refugees and asylum seekers to third countries in the absence of sufficient safeguards and standards,” said Gillian Triggs, the Assistant High Commissioner for Protection, to the UN’s High Commissioner on Refugees.

“Such arrangements simply shift asylum responsibilities, evade international obligations, and are contrary to the letter and spirit of the Refugee Convention,” she added.

Last summer, Tesfaye made a surprise visit to Rwanda, prompting widespread speculation that Denmark intended to open a facility there. The Nordic country, however, has not yet reached an agreement with any countries, despite previously broaching talks with a group of African countries including Rwanda, Ethiopia and Tunisia.

Danish legislation requires asylum seekers to physically submit an application at the Danish border; they would then be flown to an asylum centre outside Europe. If asylum is granted, then the person would remain in Rwanda, for example, or any of the other half dozen or so countries Denmark is currently in talks with.

“It is not possible under existing EU rules, or under the proposals of the new pact on migration and asylum,” a European Commission spokesperson told reporters after the Danish law was passed.

However, while EU rules may prevent most of the bloc from pursuing such asylum arrangements, Denmark has an opt-out from EU justice and home affairs legislation.