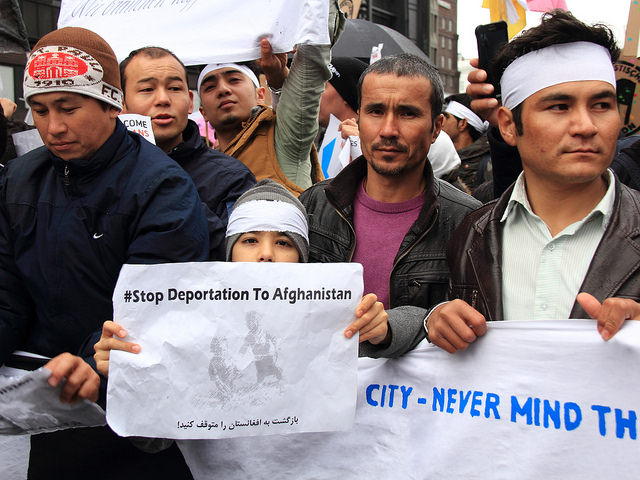 After the mass sexual assaults carried out in Cologne on New Year’s Eve, Germany’s Minister of Justice has said that the offenders could face deportation. EURACTIV Germany reports.

Asylum seekers could be deported even though their asylum request is still ongoing or be convicted for a year or more, Heiko Maas told German media group Funke on Thursday (7 January). It would be left up to the courts to decide the amount of fines to be levied. “Such punishments are possible for sexual offences. Deportation would be completely conceivable,” Maas added.

The Justice Minister added that the crimes, which involved around a thousand men, were “nothing short of a temporary collapse of civilisation”. Never again should defenceless people be the victims of such unbridled mobs.

Maas called for a response to be made, “with the utmost determination, but also prudence”. He added that, “This includes first determining the facts and the perpetrators as precisely as possible.” He concluded by saying that the offenders must be punished for their “vile deeds”, as it is “what we now owe the victims above all else”.

Federal Minister of the Interior Thomas de Maizière had previously stated that the rules of the Geneva Convention on asylum seekers and prison sentences had to be discussed, in order to establish “whether they would have to be changed”.

Opposition to de Maizière’s comments came from within the SPD, which has already rejected measures that would have allowed the German authorities to deport asylum seekers more easily. “Combatting organised crime in Germany does not require a change to the basic right to asylum or the Geneva Convention,” Ralf Stegner (SPD) told Die Welt. It would be far more important to implement the measures already in place.

“Constantly changing tack isn’t good governance,” criticised Stegner, in regard to de Maizière, going on to take a swipe at the Interior Minister’s perceived love of making grand announcements.

Volker Beck of the Greens also dismissed calls to speed up the deportation of migrants. He told German radio that an amendment to the laws governing the issue would be useless, as migrants could not be returned to a country that is in the midst of a civil war.

Beck also warned against needlessly suspected ethnic groups and called for the existing criminal code to be more strictly enforced on both Germans and foreigners alike. The police must also ensure that women are able to move without fear in public spaces, he added.

On New Year’s Eve, some 1,000 men congregated in one of the main squares in Cologne, many aggressive and drunk. So far, some 100 complaints have been made by women regarding sexual assault and robbery. On Wednesday (6 January), the police announced that three suspects had been identified. Similar assaults had also been reported in other cities such as Hamburg.