Despite storms, Salvini warns NGO rescue ship not to approach 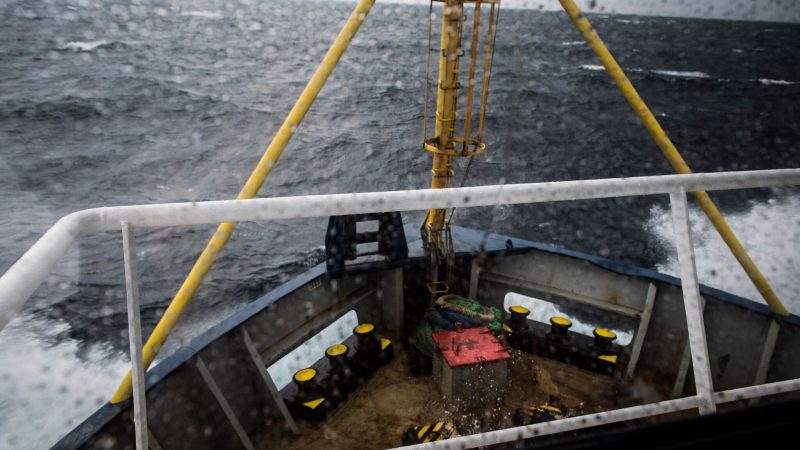 Italy’s far-right Interior Minister Matteo Salvini on Thursday (24 January) insisted that the country’s ports were closed to migrants, as a ship carrying 47 people rescued at sea headed for Sicily in deteriorating weather.

“Umpteenth provocation: having stayed for days in Maltese waters, Sea Watch 3 with 47 on board is heading for our shores. No one will disembark in Italy,” he tweeted.

“Ready to send medicine, food and whatever is necessary, but Italian ports are and will remain closed.”

The Dutch-flagged vessel, which is operated by the German charity Sea Watch, picked up the migrants and asylum-seekers — including eight minors — six days ago off the coast of Libya as they made the treacherous Mediterranean crossing.

Since then Malta and Italy, the nearest European Union countries, have refused to let them dock, despite an encroaching storm.

“We’re facing a Mediterranean cyclone, a rather rare weather phenomenon with waves of 7 metres (23 foot), rain and icy wind,” the NGO tweeted on Thursday.

For all those who find 7 meter waves in the #Mediterranean hard to imagine:

At 2m life is getting uncomfortable on #SeaWatch3.

At 4m the ship turns quiet – whoever can stay in bed, does so.

At 5m we start worrying.

“#SeaWatch is sailing in this storm and looking for shelter, on board are 47 people rescued out of distress last Saturday.”

The boat is currently headed for waters off eastern Sicily, according to maritime tracking sites, to seek shelter from the weather.

Salvini’s coalition partner, Luigi di Maio, head of the anti-establishment Five Star Movement (M5S) echoed his words, saying those on board would have medical assistance from Italy if necessary.

“After which, I invite them to head for Marseille and disembark its passengers on French soil, rather than waiting uselessly in Italian waters for days,” he said on Facebook.

Twenty organisations including Amnesty International, Doctors Without Borders, Oxfam and Save the Children, reminded Italy and Europe they were legally obliged to provide a safe port for the migrants under international maritime law.

“These people, especially the most vulnerable such as women and children, must not suffer further and must be guaranteed the humanitarian assistance to which they are entitled and the care they need,” they said in a statement.