Despite tougher rules against money laundering, there are still many shortcomings among member states, the European Central Bank and the Commission. EURACTIV.fr reports.

The series of terrorist attacks in Europe from 2015 to 2016 and the Panama Papers scandal have intensified the combat against money laundering. MEPs adopted the fifth revision of the EU’s anti-money laundering directive, on 19 April.

A necessary update of the European directive, which allows for example to integrate cryptocurrencies such as Bitcoin, which were until now left out of monitoring procedures. The Paris attacks in 2015 also brought forward the question of the control of prepaid phone cards used by terrorists.

The authorised threshold of payment has now been reduced to 150 euros, compared to 250 euros previously.

Another change in the text concerns the creation of a register of the real beneficiaries of companies and trusts. A tool that will be accessible to the tax authorities and in some cases to the public (NGOs, journalists), and should allow for greater transparency of structures used for money laundering.

“Today, we have an arsenal that will allow us to reduce the risk of money laundering in the EU,” said Krišjānis Karins, the Latvian EPP rapporteur. Despite considerable progress, and the almost unanimous vote of the European Parliament (574 votes in favour, 13 votes against and 60 abstentions), the results on the quality of Europe’s anti-money laundering arsenal is open to challenge.

“There are considerable shortcomings in the current directive, both in its conception and in the conditions of its application by the member states,” stated the French MEP Pervenche Berès during the debate on 18 April.

In addition to the Netherlands, Bulgaria, Cyprus, Greece, Luxembourg, Malta, Poland and Romania have not adapted their national legislation, while the target date was 26 June 2017. “The Commission will take measures against those Member States that have not transposed the directive, “said Justice Commissioner Vera Jourova.

In fact, the Commission has already started infringement proceedings against Belgium and Spain in December 2017, whose transpositions of the anti-money laundering law were considered insufficient.

Oversights in the blacklist

“The Commission has still not submitted a proposal to add Serbia to the blacklist,” said Green MEP Sven Giegold. An incomprehensible decision for the MEP, since the Financial Action Task Force (FATF), which is an international authority on money laundering, has added Serbia to its list of high-risk countries in terms of money laundering last February.

The FATF blacklist includes several other non-European countries (Ethiopia, Iraq, Sri Lanka, Syria, Trinidad and Tobago, Tunisia, Vanuatu, Yemen), but the list is considered rather limited since it does not include certain high-risk jurisdictions in terms of terrorist funds, such as Libya or the Gulf States.

“The Commissioner should not add Serbia to the European blacklist, just to comply with international criteria,” said the MEP. Another shortcoming is that the evaluation criteria for the establishment of the European list of high-risk countries have not yet been defined. “The roadmap proposal presented by the Commissioner in December 2017 to evaluate [these] countries has still not been adopted,” said Sven Giegold.

But it is certainly the limited role of the European Central Bank on money laundering that has most handicapped the EU in its fight against money laundering. Indeed, the ECB does not have any formal powers to act against a bank infringing money laundering regulations, without the prior consent of the member state concerned.

“We need a purely European approach to money laundering […] to ensure consistent application of the rules from one member state to another,” said Danièle Nouy, chair of the supervisory board of the ECB, at a parliamentary hearing on 26 March.

The result of this two-tiered procedure was evident in the scandal surrounding Latvia’s third largest bank ABLV, which was charged with money laundering by the US Treasury in February, before being put into liquidation.

The single supervisory mechanism responsible for supervising the institution located in the eurozone could not react because of a lack of mandate and power in matters of anti-money laundering. But progress on this issue would require all 19 euro area member states to agree to delegate more powers to the ECB, a scenario that seems unlikely. 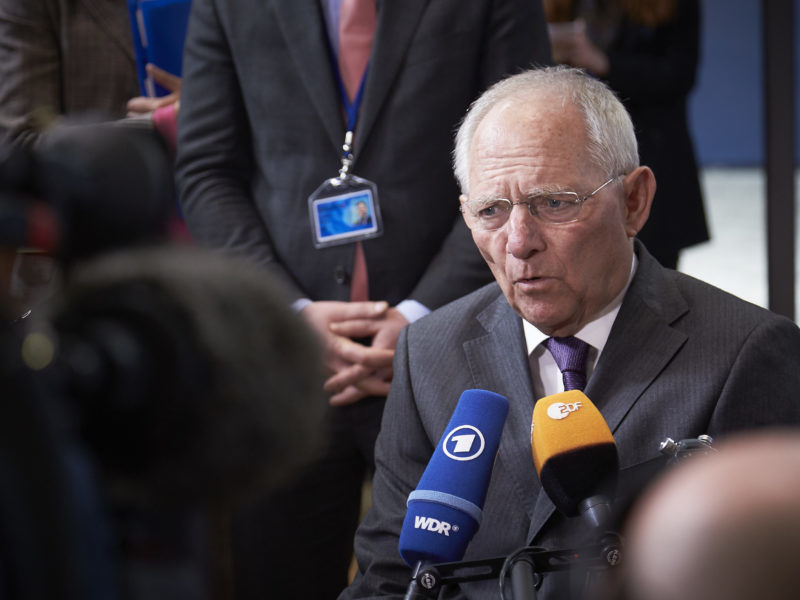