Dissension without a fuss: A way forward for the New Pact on Migration? 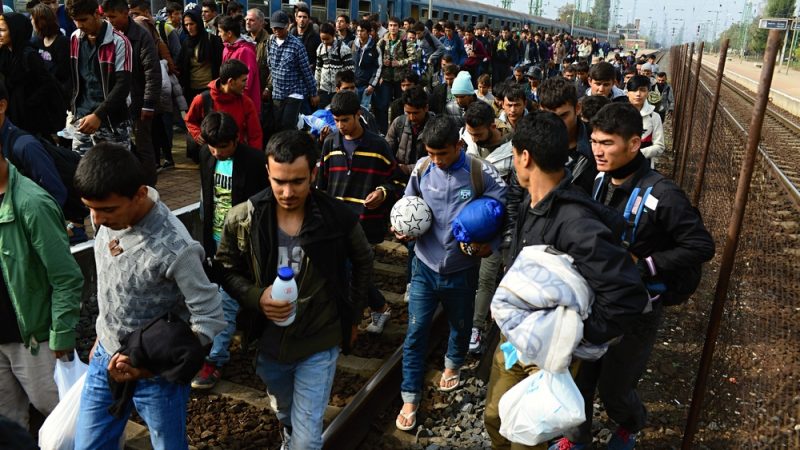 The recent crisis in Afghanistan and the potential of a repeat of the “refugee crisis” of 2015 has put migration on the top of the agenda in the EU. [SHUTTERSTOCK/Procyk Radek]

Issues such as the COVID-19 pandemic and addressing climate change are pushing immigration further down the political agenda. This shift is a chance for less contentious law-making on asylum and migration.

Vít Novotný is Senior Research Officer at the Wilfried Martens Centre in Brussels.

According to the spring 2021 Eurobarometer (a regular survey conducted periodically on behalf of the European Commission), European citizens carry the economic situation as their top concern, followed by the environment and climate change. Health remains the main issue of concern at the national level. Immigration remains an important issue for some citizens, but overall, it has fallen on the list of people’s concerns. In the recent Czech parliamentary election campaign, this was illustrated by the new phenomenon of anti-environmental populism trumping the anti-immigration rhetoric of some of the competing parties.

What is bad for dealing with climate change may be good for asylum and migration legislation. Despite the oft-repeated criticism of the EU as an ‘elite project’, it is the elites that make or break the success of EU policies. And immigration and asylum legislation are no different. Less public focus on this policy might provide the right conditions for the EU’s national governments to make progress in adopting new laws in this policy area.

The way forward might lie in the insight that governments across the EU no longer insist on vocal opposition to bills proposed by the European Commission, even in certain cases where they may disagree with the proposals.

An analysis of member states’ positions on bills on immigration, asylum, and border management show that we are witnessing a return to the pre-2015 voting patterns in the Council. Following the entry into force of the Lisbon Treaty in 2009, the mechanism of Qualified Majority Voting started applying to this policy area. In line with the Treaty, legislation on asylum and migration tended to be adopted against the wishes of a minority of member states, without any consequences for the legitimacy of the EU.

The divisive vote in September 2015 on mandatory relocation quotas overturned that dynamic. This vote, in which Czechia, Hungary, Romania, and Slovakia were outvoted, was subsequently used by elites in several Central European countries to delegitimise the EU decision-making regime as such. In response, the European Commission under Jean-Claude Juncker and, since 2019, the Von der Leyen Commission have been avoiding a situation in which a member state found itself outvoted on a key piece of asylum or immigration legislation.

Indeed, since 2015, not a single piece of asylum, migration, or border management legislation has been passed by the Council against the vocal opposition of one or more members.

We can see, however, that alongside the return to consensual decision-making, a new phenomenon is emerging, ‘dissension without a fuss’. This simply means that a country that is outvoted in the Council does not subsequently delegitimise the law in question by launching a frontal attack against “Brussels.” Instead, it keeps its position quiet. Only those who search the voting records on the European Council website or have access to national diplomats find out what the national position actually was.

Several little-noticed instances of negotiations in the Council confirm this theory. First, when in November 2019, the Council cast the final vote to provide Frontex with its own staff, Spain and Italy were the only two member states to vote against the agency reform bill, as follows from the publicly available voting record. The Spanish and Italian governments opposed the new legislation on the grounds of national sovereignty but opted not to publicise their opposition. Today, Frontex has continued to expand according to the adopted legislation, but no member state questions the agency’s legitimacy to assist with the management of the EU’s external border.

Second, the Visegrád Four and Bulgaria are currently opposing the transformation of the European Asylum Support Office (EASO) into the European Union Agency for Asylum (EUAA). Yes, despite expectations to the contrary, we hear no clarion call from these countries’ leaders to tame the “out of touch” Brussels bureaucrats. The legal foundations for the new EUAA are likely to be completed in the coming months.

Third, Hungary is the only country to oppose the ongoing reform of the ‘Blue Card’, a scheme to attract highly skilled migrants to the EU. Austria, Czechia, and Slovakia are abstaining as the reform bill is making the legislative rounds in the Council and European Parliament. Contrary to expectations, the Hungarian government has refrained from vocal opposition against the measure, and so have the three governments who are abstaining during the Council negotiations.

It has yet to be seen whether the newly found permissive attitude towards law-making on immigration, asylum and border management will translate into negotiations over the key pieces of the New Pact, including the proposed Asylum and Migration Management Regulation and the revised Reception Conditions Directive.

The experience with the Frontex reform, EUAA, and Blue Card bills provides cause for cautious optimism. It may well be that the longer-term shift of migration down the list of public concerns, the psychological effects of the impending climate catastrophe and the strongly held views against mitigating measures at the EU level, as well as the devastating economic and health effects of the COVID-19 pandemic, will free up the political space for an agreement on EU asylum legislation.