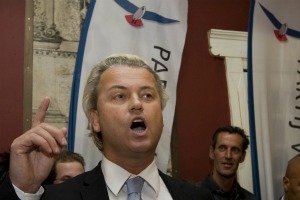 Wilders’ Freedom party (PVV) has already gathered thousands of denunciations since it launched a website this week, asking Dutch citizens to report nuisance, pollution, problems related to housing or simply competition on the job market, caused by Europeans citizens coming from Poland, Romania and Bulgaria.

PVV is the third largest party in the Netherlands. In the formation of the current cabinet of Prime Minister Mark Rutte, PVV's active participation resulted in the adoption of a "support agreement" between itself and the three coalition parties.

Wilders’ party estimates that there are between 200,000 to 350,000 people from these countries living and working in the Netherlands.

“Are they causing you problems? Or did you lose your job to a Pole, Bulgarian, Romanian or other Central of East European? We would love to hear from you,” reads the introductory statement on the website.

The websites says: "Do you have trouble with EU nationals? Or have you lost your job because of a Pole, Bulgarian, Romanian or other Central or Eastern European? We would like to hear. The Freedom Party has a platform on this website to report your troubles. We will check these complaints and submit the results to the Minister of Social Affairs and Employment."

The launching of the site has stirred considerable emotion in the three countries mentioned. A spokesman from the Polish Embassy in the Netherlands said Wilders’ depiction of Polish workers as “polluting the Dutch job market” was insulting.

The Embassy lodged a complaint about the site, but the Dutch ombudsman said he does not intend to consider the complaint because the actions of political parties do not fall within his competence.

In Romania, the Foreign Ministry asked its embassy in The Hague to express strong disagreement and to request the country's authorities to take appropriate action, "in view of its discriminatory character, which violates European values".

Vessela Cherneva, spokeswoman for the Bulgarian Foreign Ministry, said her country cannot accept that one of the founding members of the EU is tolerating incitement to hatred, discrimination and xenophobia, in contradiction of the EU's Charter of Fundamental Rights. Cherneva also asked the Dutch cabinet to differentiate itself from the party's initiative and undertake "the necessary measures".

Asked to comment, Matthew Newman, spokesperson of Commission Vice President Viviane Reding, responsible for Justice, Fundamental Rights and Citizenship, said the EU executive was aware of the case and was going to publish its position.

Restrictions remain in Belgium, Germany, Ireland, France, Luxembourg, the Netherlands, Austria, the UK and Malta. They typically require Bulgarian and Romanian citizens to have a work permit.

As of January 2014 – seven years after their EU accession – there will be complete freedom of movement for  workers from Bulgaria and Romania.