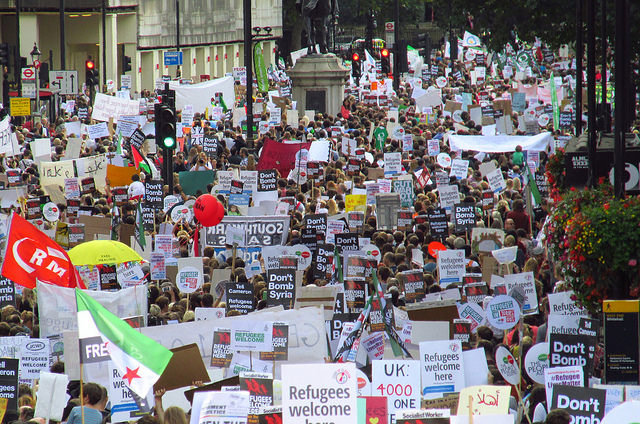 European Union members were on collision course on Monday (14 September) over proposals to distribute refugees across the continent, a plan backed by safe-haven Germany, but resisted by several ex-Communist states in the east.

A draft agreement to be discussed by interior ministers in Brussels later on Monday would see them agree to a proposal from the EU executive to relocate 120,000 of the most deserving cases around the bloc – but leave the way in which to distribute them for discussion over the next few weeks.

But that is opposed by some ex-Communist states, notably Slovakia, the Czech Republic and Hungary – even though the latter would benefit from the executive’s plan. They argue that quotas would draw more migrants to Europe and disrupt their societies, which are not used to large-scale immigration.

An initial pilot scheme to relocate 40,000 people from Italy and Greece will be formally enacted into law by the ministers, the draft seen by Reuters showed. They are to be distributed on a voluntary basis following opposition to the quota proposals.

European Council President Donald Tusk said on Friday (11 September) he would summon EU leaders for an emergency summit if their ministers could not agree a solution. However, some governments question the value of such a meeting before interior ministers meet again for a regular council on 8 October

Among arguments EU and German officials have used to press eastern leaders, who say their societies cannot take in large numbers of immigrants, have been warnings that failure to fix a common plan on migration could wreck the Schengen open borders system which is especially valued in formerly Communist states.

Germany upped the pressure on Sunday by reimposing border controls with Austria after acknowledging it could scarcely cope with thousands of asylum seekers arriving each day.

The draft conclusions for the EU meeting noted the German action, as well as assurances from Berlin that the border checks were a temporary measure responding to a crisis on its frontier.

Ministers should also endorse a range of actions to tighten defences on the common EU borders, better identify and filter those arriving and more swiftly deport those economic migrants found ineligible to remain as refugees from war or persecution.

Ministers will first be briefed by EU and United Nations bodies, such as EU border agency Frontex and refugee agency UNHCR, about the latest information on migratory flows.

They will also hear a presentation by the European Commission on its new proposals to redistribute asylum seekers across the bloc.

Diplomats said that Hungarian objections to the separate Juncker plan to relocate 120,000 from Italy, Greece and Hungary meant that the wording of the proposal no longer specifies from which countries asylum-seekers would be moved.

Britain, along with Ireland and Denmark, is exempt from EU asylum policy, though all three were attending the meeting. Non-EU members of the Schengen area, Iceland, Norway, Liechtenstein and Switzerland will also be represented at the talks.