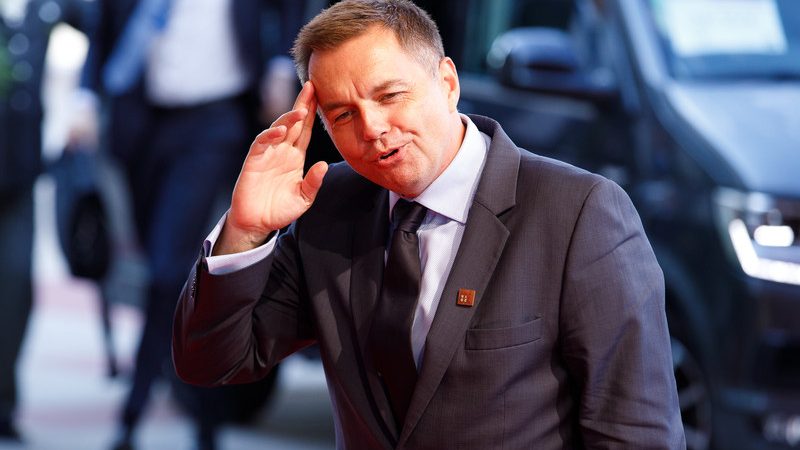 Slovak central bank Governor and European Central Bank governing council member Peter Kažimír has been charged with bribery but denies wrongdoing and will defend himself against the charges, Kažimír and his lawyer said on Tuesday (12 October).

“I do not feel guilty of any crime,” Kažimír, who served as finance minister before taking the eurozone country’s top central bank post in 2019, said in an emailed statement that followed a media report that he had been charged.

“The state of facts in the resolution is untrue and the reasoning itself lacks confirming evidence,” Kažimír said. “I do not have any information nor I am aware of breaking the law, nor did I ever have any interest in influencing any proceedings.”

Slovak news website www.aktuality.sk, citing several unidentified sources, reported that Kažimír was charged in a case related to an alleged bribe for the country’s former tax administration chief, who has been charged in several cases and is now cooperating with investigators.

Kazimir’s lawyer, Ondrej Mularcik, confirmed to Reuters by phone Kazimir had been charged with bribery and would appeal the decision. He said Kažimír was accused of the lowest of three severities of crime in Slovakia’s penal code that is punishable by up to five years in prison, but gave no details of the case.

The news website said Kažimír was accused of being a “courier” who carried a bribe of some €50,000, related to unspecified tax proceedings, to the tax chief. It was not clear from the report where the money allegedly came from.

Kažimír was finance minister, nominated by the leftist SMER party, from 2012 until 2019 before he assumed the six-year term at the helm of the central bank. The tax chief was appointed by Kažimír in 2012 and remained in office until 2018.

Slovakia, a central European country of 5.5 million people and a European Union member, has been going through a series of investigations of corruption among public officials since voters elected the current government in March 2020 amid anger over the 2018 murder of a journalist who investigated high-level graft.

ECB Governing Council members can be removed if they have been found guilty of serious misconduct or authorities provide sufficient evidence that they have engaged in such misconduct.

In 2018, Latvia barred its central bank governor from office and prevented him from taking part in ECB meetings after he was accused by its public prosecutor of taking a bribe, an accusation the governor denied.

The ECB took Riga to court over the case, accusing it of violating central bank independence. The European Court of Justice ruled in the ECB’s favour and forced Latvia to reinstate the central bank governor as no sufficient evidence of corruption was established.