Two Austrian police officers stand in front of candles and wreaths at the crime scene of multiple shootings in the first district of Vienna, Austria, 4 November 2020. [Christian Bruna/EPA/EFE]

Eight of those detained following Monday night’s terrorist attack in Vienna had previous convictions, including for terror offences, the Austrian interior minister said Thursday (5 November), as the investigation extended to Switzerland and a second, unnamed country.

In the wake of the attack in which an Austrian-born man shot and killed four people in a popular nightlife area of central Vienna on Monday night, police arrested a total of 16 men.

Four of them had been convicted for terrorism-related offences, two for violent crime offences, and two for an attempted “honour killing”, Interior Minister Karl Nehammer told a press conference Thursday.

“We have had intensive cooperation with the FBI,” which provided Austrian authorities with “valuable information”, Nehammer added, without giving further details.

The investigation has also led to Switzerland, where prosecutors have confirmed that two Swiss men aged 18 and 24 who were arrested Wednesday had already been the targets of criminal cases over terrorism offences.

Switzerland is home to the largest Kosovar diaspora.

Authorities in another country are also investigating “direct links to the perpetrator,” according to Nehammer, but added he wasn’t able to name the country at this stage because of ongoing investigations.

Germany’s Der Spiegel newspaper reported earlier this week that the Vienna attacker had made contact with German Islamists during an attempt to travel to Syria to join the Islamic State organisation.

The shooting was the first major such attack in Austria for decades and the first blamed on a jihadist, whom authorities identified as 20-year-old Kujtim Fejzulai, a dual Austrian-North Macedonian national who had also been convicted for trying to join IS in Syria.

After killing four people and injuring 22, including a police officer, Fejzulai was killed by a bullet that entered his body just below his left shoulder and pierced through his lung, authorities said.

Security officials on Thursday also addressed criticism that they did not follow up on a warning from neighbouring Slovakia that Fejzulai had tried to buy ammunition there in July, about seven months after he was released on probation. 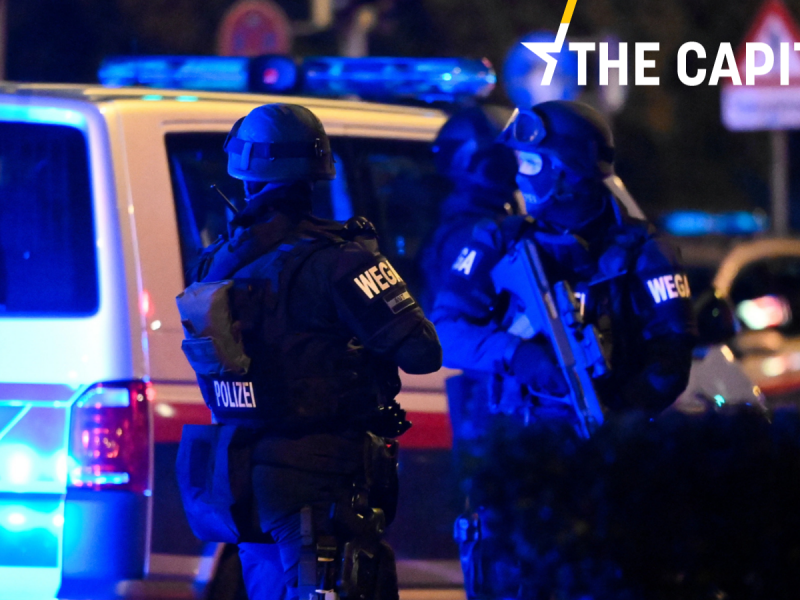 In today’s edition of the Capitals, find out more about French Economy Minister Bruno Le Maire calling digital giants “adversaries of the states”, Spain’s economy expected to take longer to recover, and so much more.

Though on Wednesday Nehammer admitted to “a failure of communication” when it came to alerting the justice ministry, Vienna police chief Gerhard Puerstl said the suspect was not initially clearly identifiable in photos sent from Slovakia.

On Thursday, hundreds came together to remember the victims in a candlelit vigil near the scene of the attack, including members of Jewish and Muslim youth organisations.

Earlier imams and rabbis, along with Vienna’s Roman Catholic Cardinal Christoph Schoenborn, took part in a silent march past the scenes of the attack and prayed together for the victims.

More details have emerged in local media about those who were killed in the attack, the youngest of whom was a 21-year-old named as Nedzip V.

The other victims were a 24-year-old German student at Vienna’s University of Applied Arts who was working as a waitress, a 39-year-old man and a 44-year-old woman.