The debate on “The Rue of law and Fundamental Rights in Bulgaria” was held during the European Parliament’s plenary session in Brussels as a reaction to an unprecedented wave of protests in  the EU’s poorest country.

Thousands of Bulgarians have taken to the streets in the past 90 days calling on Borissov and prosecutor general Ivan Geshev to resign over rampant high-level corruption that has weakened state institutions and benefited powerful tycoons.

Geshev is widely considered as biased and unfit for the job while Borissov refuses to resign and has downplayed the protests.

Bulgarians trust EU institutions more than their own government and the debate was followed with great interest in the country. However, many were disappointed with the technical failures which prevented many from watching the debate online.

In a heated debate, lawmakers from the socialist party family, as well as the Greens and liberals slammed Bulgaria’s government for backsliding on democratic values and abusing EU funds.

In contrast, MEPs from the centre-right EPP group, to which Borissov’s GERB party belongs, defended him as a pro-European leader.

Manfred Weber, the EPP group leader in Parliament, published a tweet before the debate to reassure GERB party members that the European centre-right continues to support Borissov’s party.

According to Weber, citizens have a democratic right to protest, but the country doesn’t need early elections, as regular general elections will be held in late March anyway.

Good talk with @BoykoBorissov on Bulgaria today. @EU_Commission rule of law assessment was fair, showing improvements are needed. However, government has advanced on many topics helping it towards #Euro #Schengen. Protesters are respected but ordinary March elections will decide.

During the debate in Parliament, GERB lawmakers Andrei Kovachev and Andrei Novakov defended Borissov’s government – the first attacking the left and the Greens for initiating the debate, and the other attacking the Bulgarian MEPs who supported the initiative.

Both MEPs slammed their colleagues for tarnishing the name of Bulgaria. This prompted a reaction from the Germany’s European Affairs Minister Michael Roth, who said that such debates do not tarnish anyone, but are necessary. Speaking on behalf of the German presidency of the Council of the EU, he praised the demonstrators in Bulgaria, who “peacefully fight for our values ​​and therefore deserve solidarity.”

The EPP leadership decided not to give the floor to its MEP Radan Kanev (“Democratic Bulgaria”), who is a vocal critic of Borissov.

Daniel Freund, the only MEP (Greens, Germany) who personally took part in the protests in Bulgaria, said he wanted to convey to the European Parliament the message he brings from Sofia: “Please stop European funding – so you will take away the black caviar of greedy oligarchs”. 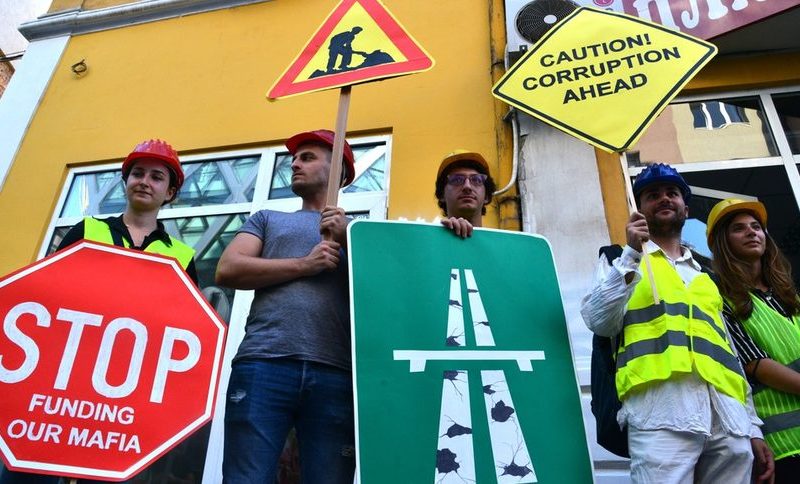 MEP Claire Daly (GUE/NG, Ireland), who already got prominence in Bulgaria for her criticism for the Bulgarian government, again compared them to vampires that feed on EU funds. She also slammed German Chancellor Angela Merkel and EPP President Donald Tusk for sticking to “their people”, referring to GERB.

MEP Ramona Strugariu (RENEW, Romania) said that those who still support Borissov’s government “defend a very well-established network of people who abuse democracy”. She said that the role of MEPs should be to make a clear distinction between a hostage country and a free nation.

Powerful message from @RamonaStrugariu during the #RuleOfLaw debate yesterday. @ManfredWeber should take a note, because his support to @BoykoBorissov will go down in history as an example of ignorance and preference to narrow political interests over #RuleOfLaw. https://t.co/h1gBHxOsHy

MEP Elena Yoncheva (S&D, Bugaria) made a sharp statement, by turning to the German presidency and asking: “How long will the EU Council be silent?”, Then she added: “Bulgaria’s suffering is the suffering of the whole EU”.

After the debate journalists asked Weber if he was aware of leaked photos, showing what is allegedly a drawer in Borissov’s bedroom full of bundles of 500-euro notes and a few gold ingots.

Weber said he was aware, but it was “not correct” to ask the Europeans about them, as in his words it was up to the Bulgarians to find out if they were true.

Bulgaria ranks as the bloc’s most corrupt member state according to Transparency International’s index. The country has dropped to 111th position in terms of media freedom from 51st in 2007, when it joined the EU, according to Reporters Without Borders.

A vote is expected later this week on a draft resolution rapping Bulgaria for shortcomings in respecting the rule of law. Even though the vote won’t have consequences except political embarrassment for Borissov, it would also send a signal that Brussels is not turning a blind eye.

Unlike Hungary and Poland, Bulgaria has avoided a formal EU procedure for failing to observe the rule of law, by promising changes and setting up bodies to combat graft and overhaul the judiciary while dragging its feet on delivering results.

In its first report on the rule of law last week, the European Commission, in a milder tone, criticised Bulgaria’s shortcomings on the independence of the judiciary and the lack of senior officials jailed on corruption charges.

Speaking on Monday, the EU’s top democracy official, Commissioner Věra Jourová said the EU Commission would press ahead in monitoring Bulgaria until it sees tangible results in fighting corruption and overhauling the judiciary.

“There is still unfinished business. And we want to see the job done,” she said. 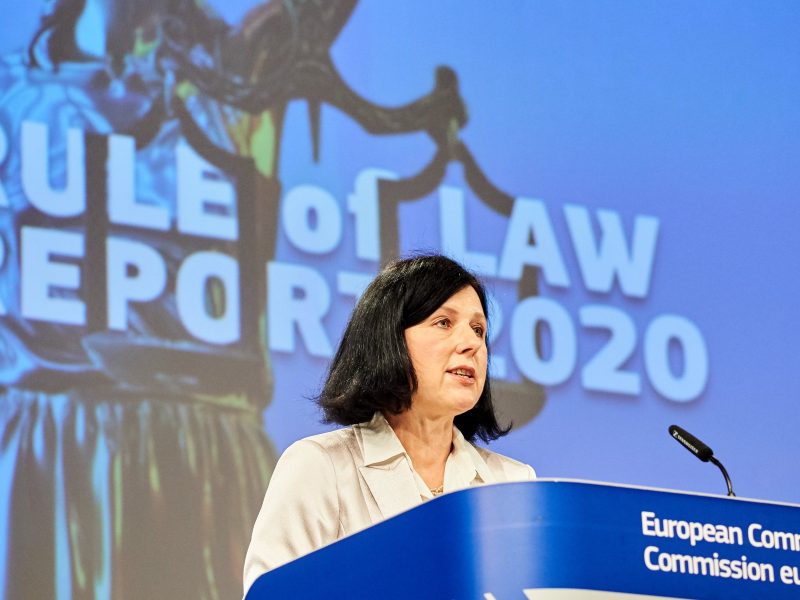