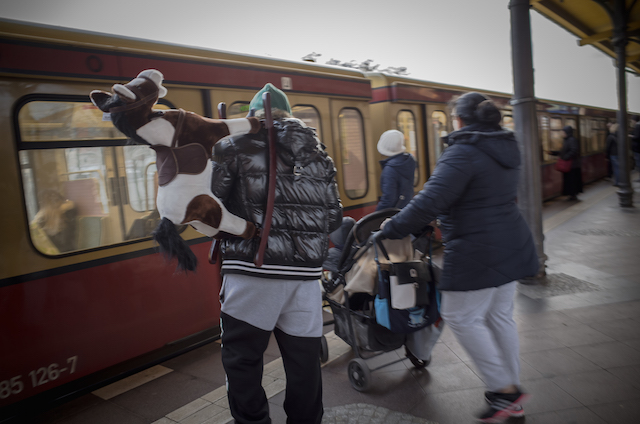 The IMF is becoming increasingly concerned about the lack of consensus among EU countries to address the refugee crisis, and its impact on the freedom of movement within the Schengen area, senior officials from the institution said on Friday (11 November).

The challenges ahead could be too hard in light of the lack of appetite to reach common solutions on immigration, the IMF fears. The declining interest in more integration, and the discord between the member states, are so significant that the Fund considers them as important risks for the Union, a senior IMF official told a group of reporters.

The handling of the massive influx of refugees toward Europe has triggered a bitter dispute between Western and Eastern members of the EU.

Meanwhile, the lack of a formal response to the magnitude of the ‘human wave’ provoked several member states decided to close their borders, eroding the freedom of movement enshrined in the Schengen treaty.

The IMF officials were particularly concerned about how the evolution of the refugee crisis could continue hampering the Schengen area. In their view, this could have “worrying” consequences, as the free flow of workers and the internal market would be affected.

European Commission President, Jean-Claude Juncker, recently warned that the consequences of unravelling Schengen would go beyond the freedom of movement of people.

The IMF officials acknowledged that political risks, such as the deteriorating communitarian spirit, are difficult to quantify in their analysis. They are therefore considered as downside risks that would not affect the upcoming growth forecast for Europe. However, a major event, such as the collapse of Schengen, would provoke a cut of the EU’s growth forecast, the officials said.

A team of IMF experts is currently working on a study to assess the economic impact and opportunities that the massive arrival of refugees represents. The report, to be published early next year, will also underline the importance of putting in place integration strategies to profit from the long-term benefits brought by the thousands of Syrians, Iraqis and Afghans coming to Europe, many of whom, particularly from Syria, hail from an educated middle class.

The political risks in the IMF’s list also include the waning reform efforts in various member states, including Spain and Portugal.

Economic and financial turbulence from the emerging markets is also weighing on Europe’s growth prospects.

However, the senior IMF official noted that these downside risks would not provoke a downward revision of the European GDP in the next forecast due to be published in January. But a small revision could take place due to the impact of commodity prices.

In his last State of the Union address, European Commission President Jean-Claude Juncker said that national governments need to take “a second look” at their integration policies. Moreover, he said he was “strongly in favour of allowing asylum seekers to work and earn their own money whilst their applications are being processed”.

However, member states have focused on properly managing the influx of refugees coming to the European soil. While they struggled to agree on reallocating 160,000 refugees, EU leaders so far have limited their response to creating centers to register and process asylum requests, and to reach an agreement with Turkey to slow down the influx.

0 responses to “Erosion of Schengen is ‘worrying’, IMF says”