People spread a banner of former Catalonian regional government deputy president Oriol Junqueras (who is impriosioned) during an electoral campaign event in front of the Lledoners prision, where former Catalonian goverment members are being held due to the crime of sedition, in the village of Sant Joan de Vilatorrada, Catalonia. [Susanna Saez/ EPA]

The jailed Catalan pro-independence leader Oriol Junqueras has the right to immunity as a result of being elected to the European Parliament in May, the EU Advocate General Maciej Szpunar said in his conclusions on Tuesday (12 November).

The advocate general advises the European Court of Justice (ECJ), which is not bound by such opinions but usually follows its adviser’s lead.  The Luxembourg-based court is expected to issue its final judgement on the case in the next few months.

Junqueras, the former vice-president of the Catalan government, has been in custody since November 2017, he was not officially named as an MEP by the Spanish authorities as he was denied the right to leave prison to take a Constitutional oath, a prerequisite to take up a parliamentary mandate in Spain.

In his conclusions, Szpunar argued that an MEPs’ mandate, and all the rights and obligations that go with it, “is acquired solely from the electorate and this cannot be conditional on the completion of any subsequent formality.”

Szpunar insisted that taking the oath to respect the Spanish Constitution, as required by Spain’s electoral law, “is not a step in the process for election to the European Parliament in Spain, and that process must be regarded as being concluded with the official declaration of the results.”

The EU advocate general, therefore, recommended that the Court take the position that any person officially declared elected to the European Parliament should immediately acquire the status of an MEP, “notwithstanding any subsequent formality which that person is required to complete, whether under EU law or the national law of the member state in question.”

The immunity, the advocate general argued, covers MEPs “from the opening of the first session of the newly elected European Parliament” when their mandates actually start, and added that “no provision makes the start of the mandate subject to the Member actually attending the inaugural session.”

Junqueras was unable to attend the Parliament’s first plenary session in July. Thousands of demonstrators gathered in Strasbourg to protest against the absence of him and two other Catalan MEPs-elect. 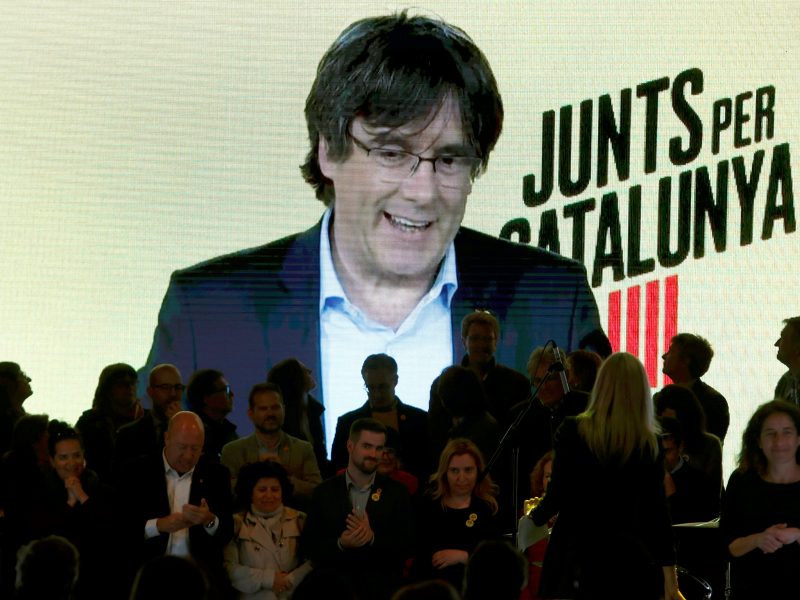 Szpunar’s opinion differs from the position taken by the European Commission and the Parliament during the hearing on the matter. According to the Parliament, it is up to the national authorities to establish the requirements to name MEPs.

The ECJ itself dismissed a petition on behalf of the former president of the Catalan government, Carles Puigdemont, and counsellor Toni Comin, to apply interim measures and allow them to sit in the Parliament while the case was being examined.

A ruling in line with the EU advocate general conclusions will affect their cases as well.

Puigdemont and Comin currently live in Belgium, where they fled to avoid prosecution in Spain. As they would have been detained if they returned to Spain, they did not appear before the electoral authority in Madrid and were not officially named MEPs either. Both Puigdemont and Comin have been named in European arrest warrants following the ruling on the Catalan case.

Although a decision is expected by the end of the year, the Belgian judicial authorities could wait for a final ruling of the ECJ before making a decision on whether the Catalan politicians should be extradited to Spain.

Up to the Parliament to wave immunity

When the question of Oriol Junqueras’ immunity was originally put to the Court of Justice, no conviction had been handed to the Catalan leader. On 14 October, Spain’s Supreme Court convicted Junqueras for sedition and misuse of public funds over his role in the illegal independence referendum and subsequent declaration of Catalonia’s independence, handing him a 13 year prison sentence  and disqualifying him for the same period from any public office.

“Since eligibility to stand as a candidate for the Parliament is subject to national law, it is also affected by the loss of civil rights,” Szpunar said.

According to the advocate general’s interpretation, Junqueras was elected as a member of the Parliament but also tried and convicted “without the Parliament having had the opportunity to decide on the waiver or possible defence of his Parliamentary immunity.”

Therefore, Szpunar recommended that the law should be interpreted as meaning that it is up to the European Parliament to decide whether it is appropriate to waive the immunity of its members. 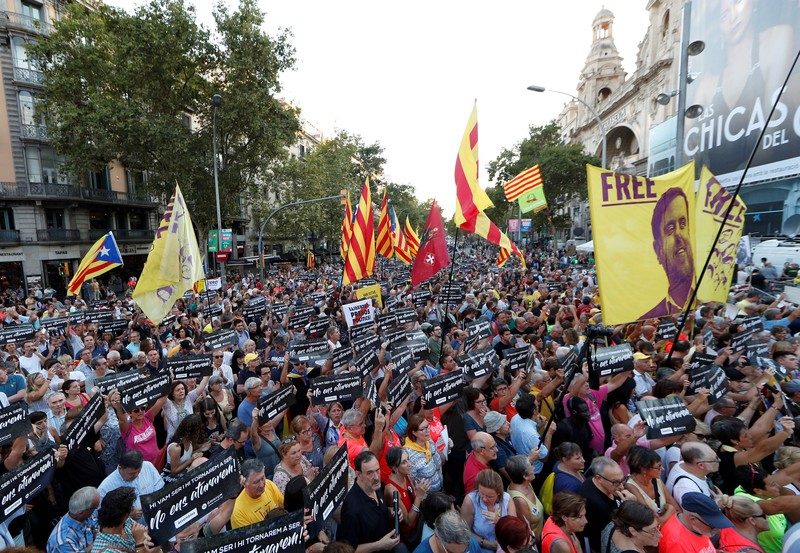