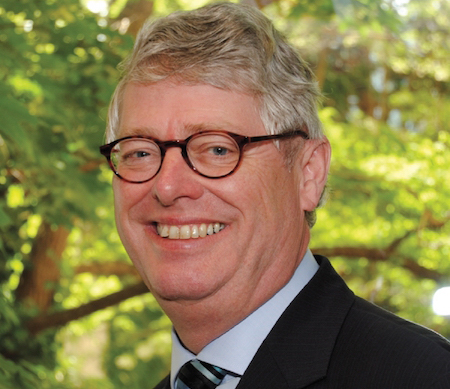 The European Asylum Support Office (EASO) reports a spike in asylum seekers from Ukraine, which started in March 2014, at the time of the Crimea invasion, and has continued growing. EURACTIV reports from Malta.

Robert K. Visser, Executive Director of EASO, told a group of journalists on a tour of the Malta-based EU agency, that contrary to what most people believe, migration was not only a Mediterranean issue, but an Eastern European one, as well.

“Last year, the total number of asylum applicants [to the EU plus Switzerland and Norway, called the EU+] was 660,000. Of them 220,000 came from the Mediterranean, so 440,000 must have entered via different places. This is important to realise,” he said.

Among asylum seekers arriving from Eastern Europe, the largest group came from Ukraine, who are now in the “top six” list of countries sending refugees to the EU.

What is specific to Ukraine, Visser explained, is that it was not an “asylum country” before the start of the hybrid war.

What makes Ukraine completely different from the other countries cited is that all Ukrainians arrive in the EU legally, having obtained a visa, or file their asylum application having already resided legally in the EU, often with a work permit. Visser recognized that EASO had no information, and that there was no way to measure immigration via legal entry.

Unlike any other nationality, Ukrainians who file an asylum application do it all across the EU, and not in one or two specific countries of destination.

“The Ukrainian community is the most diversified community that we know. There are Ukrainians in all parts of Europe,” Visser said. He added that most of them were working people with permits, residing in a legal way, some of which at some point, “seeing what happened back home” decide that they don’t want to return.

Shape of things to come

Timothy Cooper, an EASO official, provided further explanations. He said that asylum data wasgiving an “early warning” of what might come in terms of immigration flows. The same phenomenon happened with Syrians earlier, with the nationals in this country residing in Europe applying for asylum because they didn’t want to return to the Middle Eastern nation.

Cooper also said that after a first wave of application from Ukrainians living in the EU+ countries, now the largest number of applications was from new legally arrived Ukrainians. He added that Ukrainians were not applying to the “country nextdoor” like Poland or some other Eastern European countries. Instead, their biggest destinations were Italy, Germany, France and Spain.

Asked about visa policy, Cooper explained that this was a national prerogative, and that “joint thinking” on such a sensitive issue was still a long shot.

“It seems that visas are still being granted to Ukrainians by every member state”, Cooper said.

Ukraine in fact hopes, perhaps, unrealistically, that the visa requirement will be lifted very soon.

Asked by EURACTIV to what extent the spike in asylum seekers was related to the crisis, Cooper said that EASO had asked member states what kind of profiles of Ukrainian asylum seekers they were getting, and that in the beginning, these were people fleeing the conflict zones of Donetsk and Lugansk.

Another fact in his words was that Ukraine had more than a million of internally displaced persons (IDPs), 1.3 million according to UNHCR, and that there were difficulties in the country in dealing with those numbers.

“Some people are basing their applications on the fact that they are internally displaced, but the Ukrainian state is not able to provide them with the basic necessities or protect them from persecution”, he said.

If Ukrainians represent next to 3% of the total number of asylum applicants to the EU, Russia is following closely, being the next in line with 2% of the total. EURACTIV asked Cooper if there was a similar spike of asylum requests from Russia, resulting from the Ukraine crisis.

The EASO official was categorical. “With Russia it’s business as usual,” he said.

The recognition rate of asylum application from Ukraine nationals in EU countries, which was of 21% in 2014, may appear low compared to Syrians’, which is 95%. But charts suggest that the rate of approval is growing as the conflict persists.