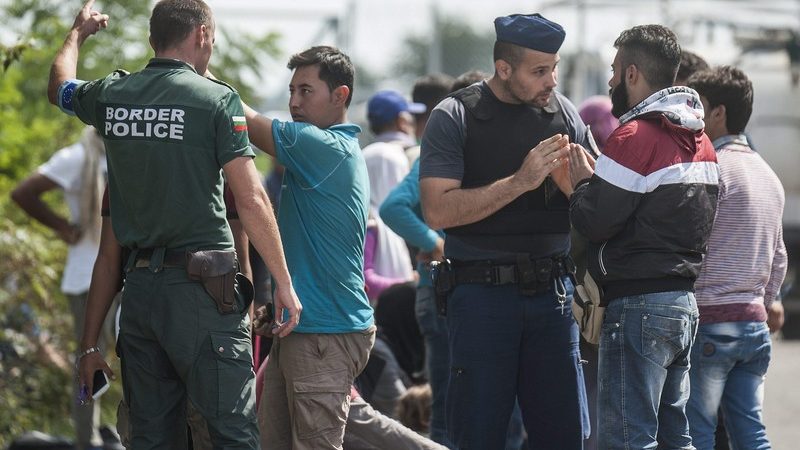 A member of Frontex and a Hungarian police officer give information to migrants in Roszke, 180 kms southeast from Budapest, Hungary, 09 September 2015. [EPA/SANDOR UJVARI]

The EU border agency on Wednesday (28 January) suspended all operations in Hungary after the EU’s top court said the country had broken the law by preventing some migrants from seeking asylum.

“Frontex has suspended all its operational activities on the ground in Hungary,” Chris Borowski, a spokesman for Warsaw-based Frontex, told AFP.

“Our common efforts to protect the EU external borders can only be successful if we ensure that our cooperation and activities are fully in line with EU laws,” he said.

The European Court of Justice in December found numerous flaws in Hungary’s asylum procedures, including the illegal pushback of migrants arriving from Serbia.

It also said laws forbidding asylum seekers to remain in the country throughout their appeal process were illegal and criticised the detention of migrants in “transit zones”.

“Hungary has failed to fulfil its obligations under EU law in the area of procedures for granting international protection,” the ruling said.

In 2015, at the peak of a crisis which saw thousands of would-be migrants and refugees arriving in southeast Europe and heading north and west, Hungary stood in their way.

Budapest is often at loggerheads with Brussels over migration and refugee policy, and Orban’s government has accused the European Union of trying to force it to accept mass immigration.

The Hungarian Helsinki Committee (HHC), a non-government watchdog, said on Tuesday that Hungary had sent back more than 4,400 migrants since the EU court ruling.

“The Frontex decision is important since Frontex has never suspended its operations,” said Andras Lederer from HHC.

Lederer said Frontex had been forced to act since it risked becoming “complicit”.

Frontex has itself been accused in media reports of helping Greek border guards carry out illegal migrant pushbacks at sea.

But the agency investigated the allegations and earlier this month said it had found “no evidence” of violations.

The EU’s independent corruption watchdog, the European Anti-Fraud Office (OLAF), has also said that it is investigating Frontex over these and other allegations.