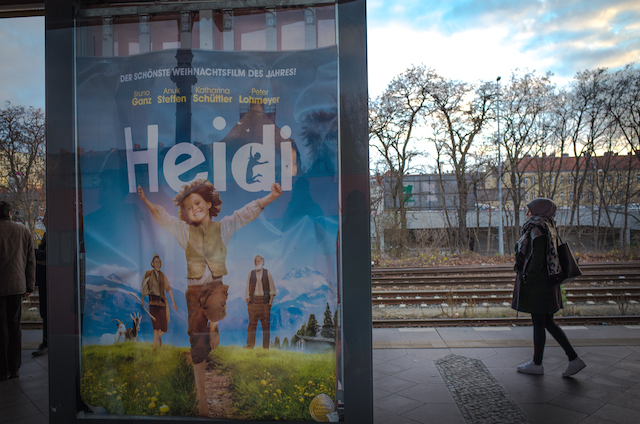 A proposal to give the European Union executive the power to send forces unbidden into member states to defend the common European frontier will face resistance from some countries when it is published this week.

The European Commission wants to be able to deploy personnel from a new European Border and Coastguard Agency without, as currently required, the consent of the state concerned, EU officials told Reuters in early December, reflecting frustration with Greek reluctance to seek help with migrants.

EU officials call the plan a largely theoretical “nuclear option” and stress that any infringement of national sovereignty would be balanced by the power of a majority of member states to block Commission intervention – similar to checks agreed during the euro debt crisis.

The Commission will set out the plan on Tuesday (15 December) to reinforce its Frontex agency with up to six times more staff, EU officials said, following a commitment to an EU border guard in September by President Jean-Claude Juncker.

“We think the current situation justifies a certain ambition,” the Commission’s chief spokesman said on Friday, expressing confidence about backing from member states.

But while big powers France and Germany support such EU power, other EU leaders may voice concerns at a summit on Thursday. Italy has pushed for a “Europeanisation” of external frontiers to relieve the costs on itself and Greece of policing the Mediterranean. But the plan may go too far for many leaders.

“This idea will face opposition from most member states,” an EU diplomat said. “We believe such a solution would interfere too deeply in member states’ internal competences.”

“The Commission is testing our limits,” said another.

He compared it to the Commission’s push to oblige states to take in mandatory quotas of asylum seekers, which set furious east Europeans against German Chancellor Angela Merkel.

Poland, a staunch opponent of mandatory refugee quotas, was quick to come out against the EU border force proposal.

“This means creating an institution, which would decide arbitrarily on its actions without the (concerned) member state’s participation,” Foreign Minister Witold Waszczykowski told private Polish radio RMF on Sunday (13 November).

“It is one of the decisions we will protest against.”

Germany and France, alarmed at the threat to the Schengen open-borders system from up to a million undocumented migrants arriving by sea and trekking north from Greece and Italy this year, have called for central control over the zone’s external frontiers and, as a last resort such as now in Greece, emergency powers to send in European forces uninvited.

But even supporters of the plan among diplomats in Brussels acknowledge it will face resistance. “Everyone supports strengthening Frontex,” one said, “but when it comes to a common border guard, we’ll have to see. There have been concerns.”

Governments are reserving judgment on a proposal they have yet to see. But diplomats said many were likely at least to demand stronger safeguards against being forced to act by the EU executive. Existing powers that effectively can suspend a country from the Schengen agreements if it fails to protect the external EU border are mandatory enough, some diplomats argue.

Such threats saw Greece drop objections to a new deployment of Frontex forces on its borders this month.

But he stressed that ultimate authority over the borders would still lie with Greece and he ruled out joint patrols with the Turkish navy, as envisaged by the Commission.

EU officials said on Friday that foreign border guards would, as now, be under local command whenever deployed.

Details of the plan will be announced on Tuesday, along with proposals for resettling Syrian refugees directly from Turkey into Europe and changes to Schengen rules to improve security following the Paris attacks on 13 November. EU leaders meet in Brussels two days later but are unlikely to discuss it in depth.

EU officials said that the new agency will have close to 1,000 permanent staff, compared to about 400 at Frontex now, and double or more the Frontex budget. A new Returns Office would be charged with deporting those who fail to qualify for asylum.