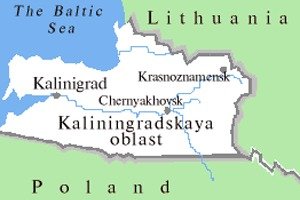 The Commission announced on 29 July that it has proposed that the citizens of the Russian enclave of Kaliningrad, which is wedged between Poland and Lithuania, would be able to benefit from visa-free travel into a 30 to 50 km zone inside the two EU countries.

"The situation of the Kaliningrad enclave is a specific issue. The solution that the Commission now proposes will facilitate people-to-people contacts and enhance economic cooperation on both sides of the border, without affecting security" Cecilia Malmström, Commissioner for Home Affairs, was quoted as saying in a written announcement.

Asked by EURACTIV to comment, Malmström’s spokesperson Michele Cercone confirmed that according to the proposal, the approximately one million citizens of the Kaliningrad oblast will be able to travel to the border areas, but would still not be able to reach the capitals Vilnius or Warsaw without a visa.

Until now, only the citizens of Kaliningrad oblast close to the borders with Poland and Lithuania could benefit from local border traffic, whereas the new initiative is aimed at all the citizens of the Russian enclave.

The proposal will now be discussed by the Council and the European Parliament.

The Commission made the proposal in accordance with the wishes of the Polish EU Presidency, which intended to make a goodwill gesture in a difficult moment for Russia-Polish relations, EURACTIV has learned.

Indeed, on the same day, the authorities in Warsaw published a long-awaited report on the crash near Smolensk on 10 April 2010 of the military plane carrying Polish President Lech Kaczy?ski and 95 other people.

Unlike the White book, the official report shares out responsibility for the crash aiming to extinguish conspiracy theories. It says that the crew members of the TU-154 Tupolev plane were poorly trained and ignored safety regulations. Mistakes by Russian ground staff and poor conditions at Smolensk airport also contributed to the crash, the report also finds.

Polish Defence Minister Bogdan Klich resigned immediately after the publication of the report. The TU-154 plane was a military aircraft.

During a journalistic visit to Poland last month, various Polish officials rejected the “White book”, one of them calling it “science fiction”. But all of them were quick to add that Russia-Polish relations were developing, citing as an example the visa-free travel for the citizens of Kaliningrad oblast, seen by Warsaw as one of the Polish Presidency priorities.

The Kaliningrad region of the Russian Federation with a population of almost one million inhabitants became the only enclave within the EU as a consequence of the 2004 EU enlargement.

To date, four local border traffic agreements similar to the one for Kaliningrad citizens have entered into force: Hungary-Ukraine in January 2008, Slovakia-Ukraine in September 2008, Poland-Ukraine in July 2009 and Romania-Moldova in October 2010.