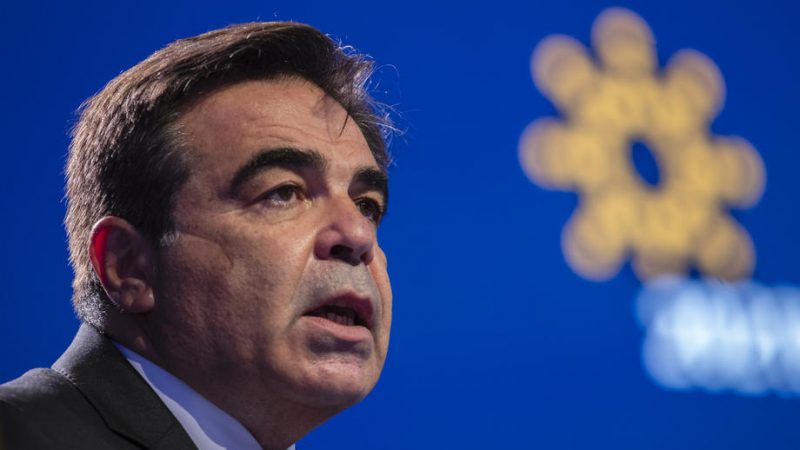 The crisis in Afghanistan and the actions of Belarus demonstrate the need for a fast overhaul of the European Union’s migration and asylum rules, EU Commissioner Margaritis Schinas said on Sunday (15 August).

“If there is one thing that the situation in Afghanistan and the actions of Belarus have shown, it is that the clock has run out on how long we can wait to adopt the complete overhaul of Europe’s migration and asylum rules we need,” Schinas said in a tweet, citing his comments in Italian paper La Stampa.

If there is one thing that the situation in Afghanistan and the actions of Belarus have shown, it is that the clock has run out on how long we can wait to adopt the complete overhaul of Europe’s migration and asylum rules we need.

Many EU member states are nervous that developments in Afghanistan could trigger a replay of Europe’s 2015/16 migration crisis when the chaotic arrival of more than a million people from the Middle East stretched security and welfare systems and fuelled support for far-right groups.

In the meantime, Austria stuck on Saturday to its hard line on sending home Afghans whose requests for asylum fail even as Taliban insurgent advances prompted other European Union countries to reconsider similar stances.

“It is easy to call for a general ban on deportations to Afghanistan, while on the other hand negating the expected flight movements. Those who need protection must receive it as close as possible to their country of origin,” Interior Minister Karl Nehammer told the APA news agency.

Austria was one of six EU countries that insisted last week on their right to forcibly deport rejected Afghan asylum seekers. Three of the countries — Denmark, Germany and the Netherlands — have since changed course.

The Oesterreich newspaper published an opinion poll showing up to 90% of respondents backed the Austrian government’s line.

It linked the support to a high-profile criminal case in June in which four Afghans in Vienna are suspected of drugging and raping a 13-year-old girl who lost consciousness and died.

Austria plans to hold an aid conference at the end of this month or in early September to support Afghanistan’s central Asian neighbours, government officials were quoted on Sunday as saying.

“Aid on the ground can only work in unison with partners on the ground,” APA quoted Foreign Minister Alexander Schallenberg as saying. “Conflict and instability in the region will sooner or later spill over to Europe and thus to Austria.”

Interior Minister Karl Nehammer was quoted as saying a holistic approach was needed to stem illegal migration towards Europe. The goal of the conference was to support Afghanistan’s neighbouring states while preventing human traffickers from profiting from people’s suffering, he said.

This coming Wednesday (18th August) I will join a meeting (IPCR) of EU Home Affairs Ministers on the situation regarding #Belarus and the EU external borders in Lithuania, Latvia and Poland.

Please read and share my update on the situation:https://t.co/UWzhxMlXAI#MigrationEU pic.twitter.com/KPCz6XgxZn