EU interior ministers met to discuss migration as Greece has again become the main gateway to Europe for people fleeing wars and poverty in the Middle East, Asia and Africa, with UN data showing nearly 45,600 arrivals by sea so far this year.

In particular, ministers expressed concerns that a threat by Turkey to send its troops into northeast Syria might provoke a new wave of refugees to Europe. Data show that the so-called eastern Mediterranean route from Turkey to Greece has once again become the main
channel for asylum-seekers reaching Europe. 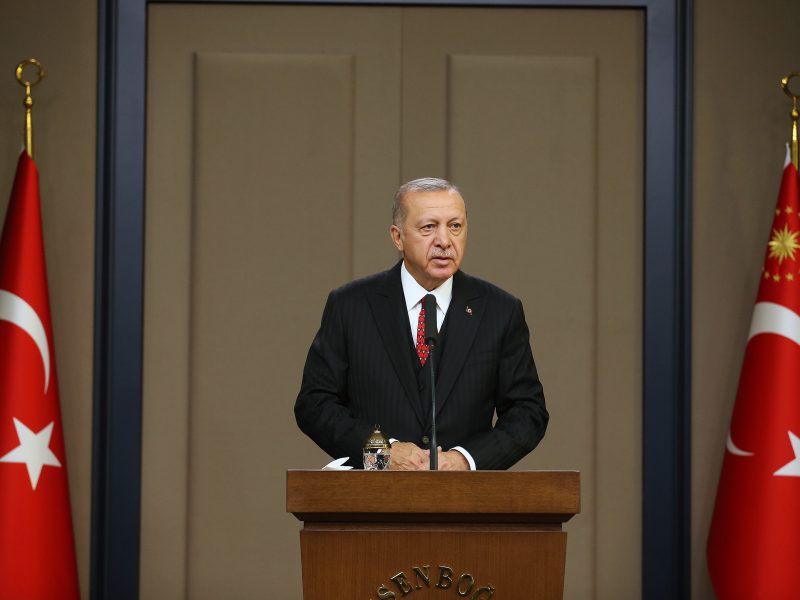 Turkish forces, together with the rebel Free Syrian Army, will cross the Syrian border “shortly”, President Recep Tayyip Erdoğan’s communications director said early on Wednesday (9 October), as a surprise withdrawal of US troops made way for the Turkish incursion.

Officials in the EU said that if Turkey does invade part of Syria, many of the four million refugees Turkey is hosting — most of them Syrians – may decide to head to Europe to avoid being forcibly pushed back into their unstable homeland.

“But imagine that you’re a refugee in Turkey, you’re Syrian — the risk exists that you might be transported one day… into northeast Syria. That’s a factor that could generate a wave towards Europe,” he said.

Turkey has plans to resettle 2 million of the Syrian refugees on its territory in a 35-km deep corridor inside Syria along the 480-km border, replacing roughly one million of Kurdish population living on the same territory. There is an estimated 1.8 million Kurds in Syria. The Kurds are warning of ethnic cleansing and all-out war.

“For Greece, the spike of the increase of the flows between May and today is an increase of 240%. You can imagine the scale of the challenge,”said Greece’s alternate minister for migration, Giorgios Koumoutsakos.

Greece, Bulgaria and Cyprus delivered a joint statement at the meeting calling attention to the eastern Mediterranean route. 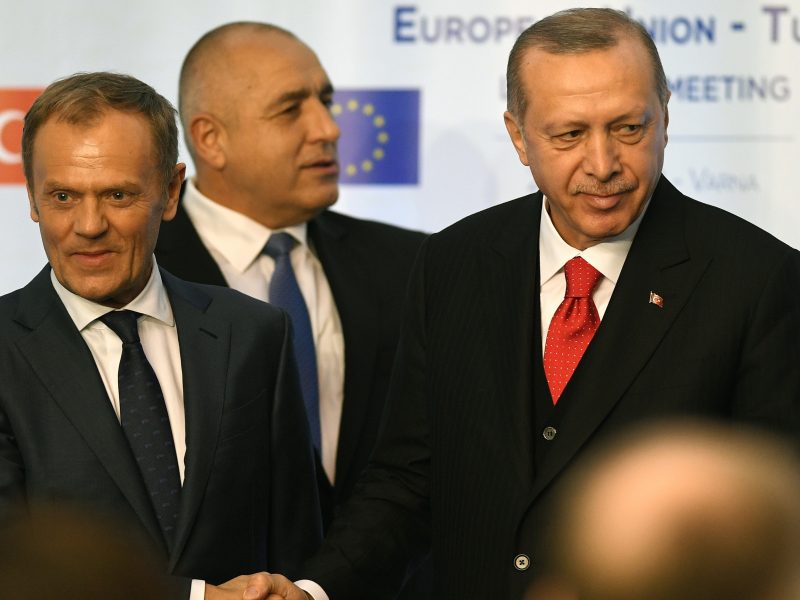 It said: “Geopolitical factors, including conflicts in the broader area, particularly in Syria, entail that we will most likely see a continuation of this alarming trend in the short to medium term.”

“Europe cannot be caught unprepared for a second time… The EU will have to consider positively the allocation of further funds to those countries of the broader region of the Eastern Mediterranean route affected by immense migratory flows.”

The intervention by the three countries was part of their joint initiative called the Eastern Mediterranean Migration Route Initiative (EMMI).

The EMMI insists that the EU must be prepared to face this new challenge and to make further resources available to countries in the Eastern Mediterranean, including Turkey.

Turkey has long complained that the EU support promised in exchange for keeping a lid on migration to Europe is inadequate given that it now hosts around 3.5 million Syrian refugees.

Two tranches of €3 billion of EU assistance to help Turkey coping with the refugees from Syria are almost spent. EURACTIV asked the Commission if it would disburse new aid which could serve ethnic cleansing. Commission spokesperson Maja Kocijancic repeated the Commission’s position that the conditions for the return of refugees in Syria have not been met.

Faik Öztrak, the spokesperson of CHP, the main opposition force in Turkey, on 7 October slammed the government’s decision to launch a new military operation into the east of Euphrates River in northern Syria.

“The [AKP government] is unable to rule the country. They have brought the economy to ruins: our country is being scattered. They are looking for a way out and do not abstain from driving [Turkey] to the Middle East swamp,” Öztrak said during a press conference in the capital, Ankara.

The AKP government has been talking about an operation into the east of Euphrates for some time, Öztrak added.

“We see that after the phone conversation that took place between the White House, a secret agreement has been made regarding the planned operation towards the east of Euphrates, with the US administration,” Öztrak said.

Öztrak claimed that the United States approved of such an operation in exchange for Turkey “keeping watch on the ISIL terrorists” in the region.