EU countries advised to prepare for health threats from refugees 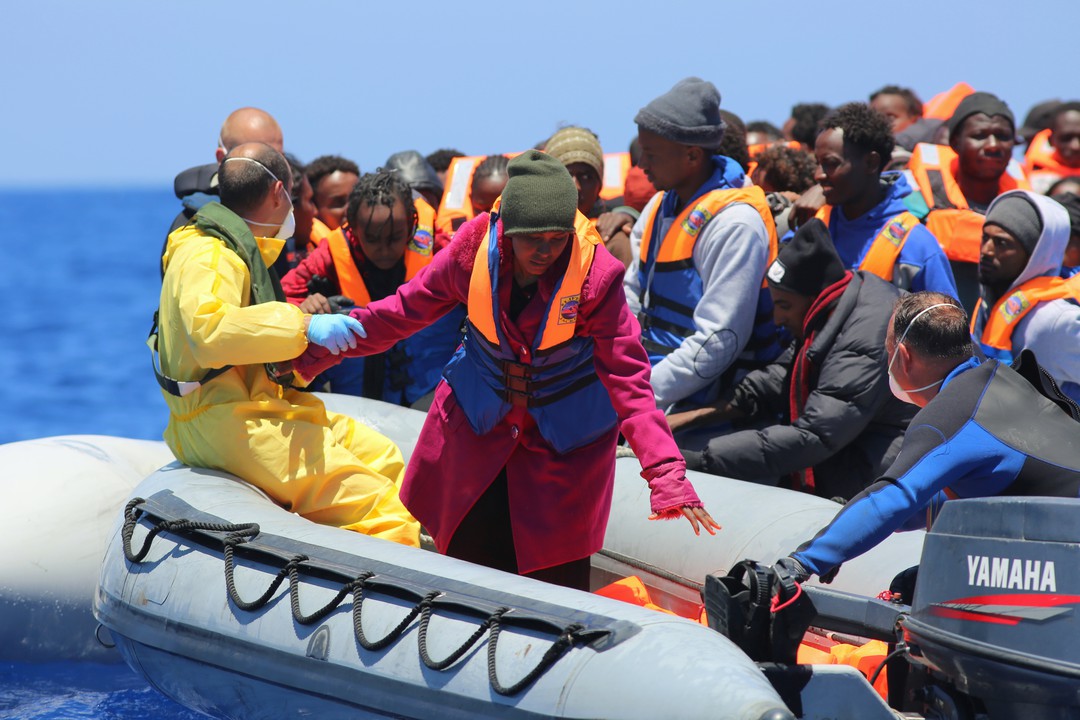 Refugees at sea being saved by Frontex. [Frontex]

A report by the EU’s disease prevention agency says the risk of Europeans being affected by infectious diseases brought by refugees remains low, but recommends that countries should be prepared to respond to such health threats.

Some media have reported worrying information about migrants bringing malaria, tuberculosis, HIV/AIDS and scabies to Europe. In particular, reports of Syrian refugees bringing Leishmaniasis, a flesh-eating disease that damages internal organs, have caused serious worries in the US.

Last November, the Gatestone Institute, a US-based right-wing think tank, best known for its pro-Israel politics, published an alarming paper focusing on Germany, citing medical sources alleging that refugees would bring exotic diseases with them, for which the German health system is unprepared.

EURACTIV asked the Commission to assess the credibility of such publications. Commission spokesperson Enrico Brivio said he would not make specific comments on these publications, but referred to a report by the Stockholm-based European Centre for Disease Prevention and Control (ECDC), which made an evaluation of the situation last November.

The risk is for the migrants themselves?

“The risk to European residents of being affected by outbreaks occurring among refugee populations remains extremely low since the hygiene levels, overcrowding and limited access to clean water responsible for their transmission are specific to the reception facilities in which they are occurring,” says the ECDC report.

However, the report also acknowledges that “there is limited information on the health situation of the refugees currently in Europe”.

The report mentions 27 cases of louse borne relapsing fever in different locations along the route that the refugees arriving in Italy are following, as well as four cases of tuberculosis diagnosed among refugees in Calais, France.

In the report’s conclusions, EU countries observing an influx of refugees are recommended to assess their overall preparedness and response capacity to infectious health threats.

According to ECDC, the risk to refugees contracting communicable diseases has increased because of overcrowding at reception facilities, and the consequent compromising of hygiene and sanitation. It is also expected that incidences of respiratory and gastrointestinal conditions will increase in coming months.

ECDC estimates that the low coverage for some vaccines, along with low immunity for some diseases, may result in susceptible refugees developing diseases such as measles and chickenpox, given the high incidence of these in some areas of the EU.

Brivio quoted Health Commissioner Vytenis Andriukaitis, according to whom migrants and refugees are not a health threat for Europe with respect to communicable diseases.

Andriukaitis, who is a physician, believes that migrant and refugees are more vulnerable to diseases, especially due to their living conditions once arriving in the EU, and while transiting different countries.

If necessary, the Commission remains ready to coordinate the response with the member states, under the already-existing EU Decision on serious cross border threats to health, Brivio said.