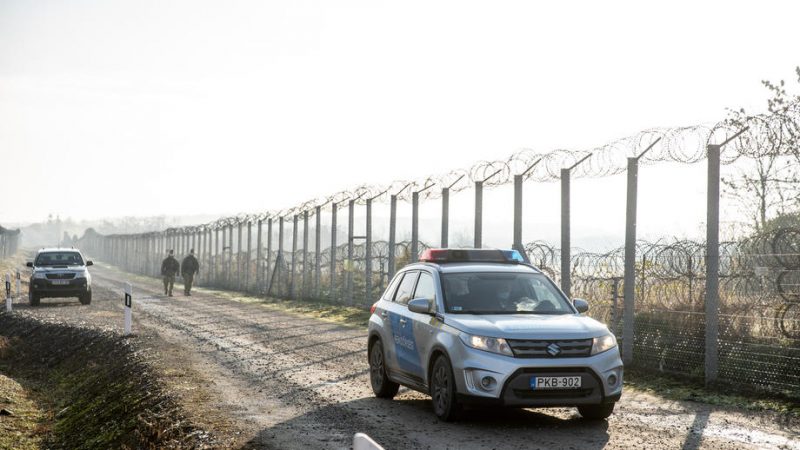 Hungarian soldiers and a police car patrol along the border fence installed to prevent migrants from entering the country in Hercegszanto, in the vicinity of the border between Serbia and Hungary, 18 November 2020. [EPA-EFE/Tibor Rosta]

In the latest legal setback for Hungarian Prime Minister Viktor Orbán, the top EU court in Luxembourg ruled that Budapest had broken Union law by restricting access to the international protection procedure for asylum applicants in transit zones and unlawfully detaining them.

The European Court of Justice said Hungary had failed to fulfil its obligation to give effective access for asylum-seekers to submit their application, who were thus confronted with “the virtual impossibility of making their application.”

Since the EU migration crisis in 2015, the Hungarian government – which has fiercely opposed the idea of taking in migrants and refugees – has repeatedly come under fire from the EU over its practices.

Orbán’s government erected a fence, electrified in some places, along Hungary’s border with Serbia and Croatia in 2015, and a “transit zone” camps where migrants and asylum seekers were held, sometimes for more than a year.

The Court ruled earlier this spring that the “transit zones” amounted to detention, prompting Hungary to close down these camps.

By only allowing asylum-seekers to submit their applications in the transit zones while simultaneously “drastically limiting” the daily number of people able to access these zones Hungary went against EU law, the court said.

It also found that Hungary broke Union law when conducting pushbacks of migrants and that it failed to secure the right to stay in Hungary for migrants launching an appeal in case of a rejected asylum application.

The case is the latest in a series of legal battles between Budapest and Brussels that Hungary has lost this year.

The Court has sided with the Commission and found that restrictions imposed on the foreign financing of civil organisations in Hungary were “discriminatory and unjustified,” while the Hungarian education law that had pushed the university funded by American billionaire George Soros to move out of Budapest ran contrary to the principle of academic freedom.

Human rights watchdogs hailed the latest decision. The Hungarian Helsinki Committee said the decision was a “landmark judgment,” stating that since July 2016, Hungary had pushed back more than 50,000 migrants to Serbia.

“Today’s verdict will hopefully put an end to one of the most shameful practices in Hungarian asylum policy,” András Kristóf Kádár, Co-chair of the Hungarian Helsinki Committee said in a statement.