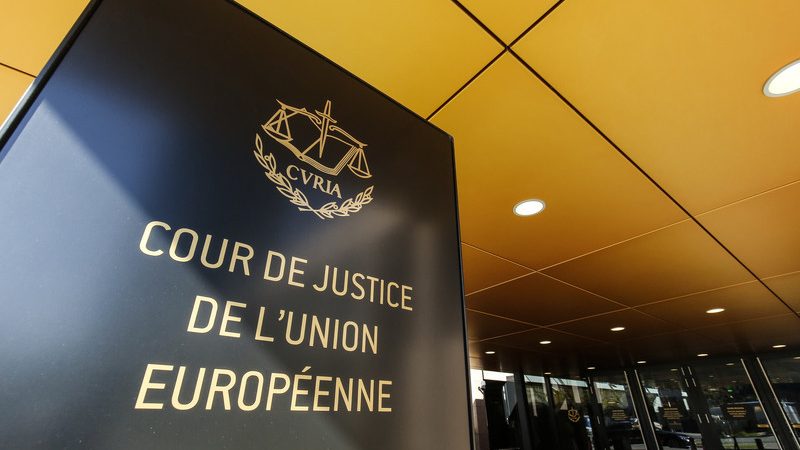 In a sign of how anticipated its judgment on Poland and Hungary is, the European Court of Justice will for the first time broadcast its ruling live. on 16 February 2022. [EPA-EFE/JULIEN WARNAND]

The EU’s highest court will rule Wednesday (16 February) on whether European Union funds can be slashed for member states flouting democratic standards, a case with major implications for Poland and Hungary.

Both EU countries — which Brussels says are backsliding on rule of law — launched the legal challenge being heard by the European Court of Justice (ECJ). They want the so-called “conditionality mechanism” to be invalidated.

But in December the court’s advisor, the advocate general, concluded that the Polish-Hungarian challenge should be rejected, arguing that the conditionality mechanism was compatible with the EU’s treaties. 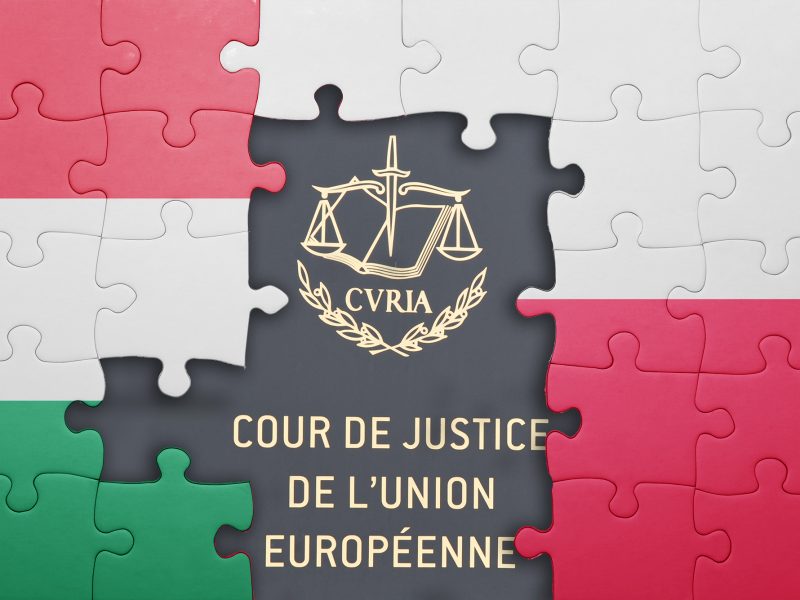 The legal adviser of the top EU court said on Thursday (2 December) Budapest and Warsaw’s legal challenges to the EU law that links disbursement of bloc funds to rule of law standards should be dismissed.

Should the judges decide the same, it would open the door to the European Commission cutting their funding.

The European Parliament, which approves the EU’s multi-year budgets, has for months called for the commission to do just that, stressing that the conditionality instrument has been available since the beginning of last year.

It has even launched its own legal action, accusing the commission of inaction.

But the EU executive, wary of being wrong-footed by court rulings and aware it needs a qualified majority of member states to approve the mechanism’s use, has been determined to build a cast-iron case, step-by-step.

In November, it sent formal letters to Warsaw and Budapest setting out what it sees as the democratic shortfalls.

For Poland, it criticises judicial reforms it believes undermine judges’ independence and a refusal to accept the primacy of EU law over Polish law.

For Hungary, it is about public procurement, conflict of interests and corruption.

In a sign of how anticipated Wednesday’s judgment is, the court will for the first time broadcast its ruling live.

That decision will then be debated in the European Parliament, where EU budget commissioner Johannes Hahn will stand in for commission chief Ursula von der Leyen, who pulled out to focus on the military crisis over Ukraine.

If the ECJ confirms the right to cut money on these grounds, “we expect the European Commission to start putting the mechanism into action right away”, said the head of the conservative EPP bloc in the parliament, Manfred Weber.

Poland’s Constitutional Court is due to issue its own conclusions on the EU conditionality mechanism on Thursday. The court is considered to be close to the ruling Law and Justice party that continues to defy Brussels.

If the ECJ ruling goes against Poland and Hungary, it is expected that both countries will throw up more legal challenges to try to overturn it.

The conditionality mechanism was created in 2020, after a summit at the height of the coronavirus pandemic that agreed common borrowing to build an 800-billion-euro pile of grants and loans for EU countries to recover.

Budget hawks, including Austria and the Netherlands, demanded the conditionality mechanism to put guard rails around the spending of taxpayers’ money.