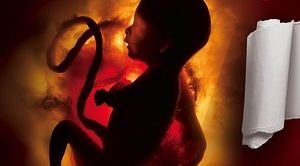 EU money is co-financing an anti-abortion campaign in Hungary, leading to calls from European authorities to return the funds. EURACTIV France and EURACTIV Hungary report.

The funds, taken from EU employment and social solidarity programme PROGRESS, provide the bulk of financing for the €416,000 anti-abortion campaign.

The scheme included putting up posters in the Budapest metro with an image of a foetus (pictured) addressing its mother: "I understand that you are not yet ready for me, but give me up to the adoption agency, LET ME LIVE!"

On 8 June, French Socialist MEP Sylvie Guillaume questioned EU Fundamental Rights Commissioner Viviane Reding on the subject. Reding promised that her services would "begin procedures to put an end to the agreement and draw the necessary conclusions, including financially".

She asserted that the campaign did not "conform with the project proposal submitted by the Hungarian authorities".

"This campaign goes against European values. We want European funds to be returned as quickly as possible," the commissioner added.

Hungary argued that the campaign was "aimed at women who wanted to have a child but did not have the means of raising it; it is a matter of encouraging adoption". However, the country has said it will "take the appropriate measures" if its arguments are not accepted by Brussels.

The controversy is related to the broader changes brought about by Hungarian Prime Minister Viktor Orbán and his Fidesz party. Article II of the country's controversial new constitution (see 'Background') states that "the life of a foetus will be protected from conception".

Despite this, Hungarian Secretary of State for Family and Youth Miklós Soltész has claimed that the campaign is not a first step towards banning abortion, saying "Hungarian society is not ready for a ban on abortion" like that in Poland, for example.

"Incidentally that isn't what we are seeking: we want to underline the importance of life," he added.

The anti-abortion posters have shocked many Hungarian women. Women's rights organisation Európai Feminista Kezdeményezés condemned "the government's desire to go back on the right to abortion".

Abortion is currently legal in Hungary. 60% of people approve of it, according to a poll by Eurostat.

In a post on her blog French Socialist MEP Sylvie Guillaume said she was "satisfied with the firmness of the Commission's response".

"In the fight against the populisms that are progressing everywhere in Europe, and of which Hungary is a laboratory, it is a victory. A modest one, but a victory," she added.

On 25 April, Hungary enacted a law which will establish a new constitution for the country. The new basic law will enter into force on the first day of 2012.

The constitution has attracted controversy for its articles on many issues, including those on abortion, the banning of gay marriage and the responsibility of the Republic of Hungary for nationals of neighbouring countries who are ethnic Hungarians.

MEPs have criticised the document for entrenching power in the hands of the ruling conservative Fidesz party.

This follows separate controversy, which began in December of last year, over a media law which allegedly infringed upon freedom of the press.